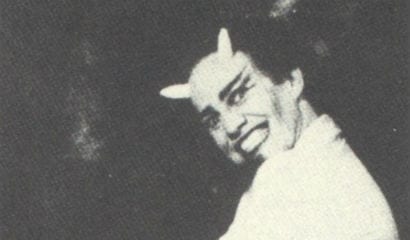 Once again, my dear nephew, I must admonish you for your naiveté. I have told you that you should cultivate our friends amongst the “progressives.” They’re simply socialists hiding under another name, and are precisely the people to whom we are closest. You tell me, however, that socialists are noble people sincerely interested in the betterment of mankind, and are therefore in league with the Enemy.

My dear boy, at times you surprise me. Might I remind you that you are appointed to the American diocese? Just where do you think you are? Denmark? Or Saskatchewan? Don’t make me laugh (it’s painful for me, as you know).

I grant you that one or two of your noble-minded do-gooders might exist in America, the Larry Lessigs and bothersome people of that ilk. Doubtless there were more of them in the past—simple people, obsessed with abstract theories and ignorant as swans about the consequences of what they proposed. They didn’t believe in wasting government money and sincerely believed in the brotherhood of man. It’s enough to make one sick! Even now I can’t bear to think of Dorothy Day.

What you have to understand, however, is that such people are almost never to be found today, at least within your Temptorship. I’m afraid that you’ve allowed yourself to believe in our friends’ rhetoric and not in the reality of their splendidly self-seeking bargains. You’ve judged them by their loudly voiced aspirations, without looking at what really drives them.

Honestly, my dear Wormwood, sometimes I wonder whether you’re cut out for the mission fields.

To do our kind of work, you need to understand human nature, which is very different from our nature. We’re straightforward folk, you and I. We know what we want and don’t lie to ourselves. For humans, however, self-deceit comes easily. They hide their inmost desire from others and ultimately from themselves, and come to believe in their unspotted goodness. Then they belong to us.

A human’s ability to perform an immensely injurious act and yet think well of himself is the greatest of opportunities for us. By contrast, the person who harms another and feels guilt is frequently lost to us. At the last moment he has a “Come to Him” moment. You’ll recall that hateful doggerel, “Between the stirrup and the ground, I mercy sought, I mercy found.” I don’t know how often we’ve been disappointed by that kind of a trick. It’s really not fair of Him.

Do you remember Oscar Wilde? They brought in the priest at almost the last minute. Or Charles II? A lifetime in our easy company, and then right at the end he betrays us. My Beelzebub, how frustrating! It was enough to have broken my heart, had I one.

Happily, however, the person who lies to himself never experiences a deathbed repentance. He goes to the grave convinced of his goodness—indeed, of his entitlement to a reward in The Other Place. And then we have him!

Now think, my dear Wormwood. Of whom might I be speaking, if not your American socialist? Think of Al Gore, for example, him with the perfect marriage, and that kiss he planted on Tipper at the Democratic Convention. Kissing babies to win votes is mild stuff, but strategically kissing one’s wife? I wish we had a list of the people who thought the sloppy embrace sincere. After that, the separation was no surprise.

Or what about his Nashville mansion, which consumes between 12 and 20 times the electrical power of a normal household? He who won a Nobel Prize for saving the earth? In excuse, a spokesman said that “every family has a different carbon footprint.” That’s a line I could have written myself.

More recently, there’s his sale of Current TV to Al-Jazeera, for which he’ll personally pocket $100 million. Nobody watches Current TV, but Gore twisted arms, and thus many cable providers carry it. Now it’s part of a media company that celebrates the killing of Americans, owned by an oil-producing Gulf monarchy. What’s even better, the high priest of green energy tried to time the deal to take effect just before taxes went up on January 1.

You see where I’m going with this. Anyone with more than two brain cells to rub together notices the disconnect between words and action, and a few rude people might even complain of Gore’s hypocrisy. You can be sure, however, that Gore himself has no such qualms. His unshakeable sense of his own virtue is like a mighty fortress that repels any nagging, little doubt. When I think of him, I could hug myself with glee. No deathbed conversion there!

Then there’s Bill Clinton. Remember that clip of him laughing at the funeral of Commerce Secretary Ron Brown? Just as he noticed the cameras on him, he wiped away the smile and brushed away a tear. At the time some ungenerous people suggested that he was less than sincere. Not so! The wonderful thing about Clinton is his ability to laugh and cry at the same time, quite sincerely. And no, he did not have sex with that woman, uh, Miss Lewinsky. At least that’s not what he called it in his mind. See what I mean? You have to love the guy. There’ll be a lot of joy back Home when he joins us. Just think of all the people he’ll bring with him!

Finally, there’s the current occupant of the White House, with his sense of effortless moral superiority and unjustified self-regard. It’s never enough for him. Whatever he gets, he always deserves more—a compliant Congress, the adulation of the crowds, a sweetheart real estate deal with a crony, government jets for his dog, life on the golf links…all the while seeking “revenge” against his “enemies.”

Charles Péguy astutely observed that, almost as much as the “saint,” the sinner is dear to the Enemy. We should always remember that, since we are apt to think that “sinners” are naturally our friends. They aren’t, at least not if they think themselves sinners. Such people, with their annoying little guilts, their impossible scrupulosity, their examinations of conscience, are really our foes, for they testify their allegiance to Him and, like Wilde, are apt to betray us in the end. They are double agents who work for us but secretly serve a foreign master. Just when we think we have them, they disappear over the wall.

Happily, however, American socialism is entirely without “saints” and “sinners.” How difficult our work would be had those inconvenient and retrograde terms, which so wound one’s self-esteem, not ceased to be modern.

You see, my dear nephew, how rich our opportunities are amongst our dear “progressive” friends.

P.S. Moving back to D.C. makes a lot of sense. All our friends are here.

P.P.S. Although you might spend more time in places like Utah. There’s more joy in Our Place for the lost lamb, you know (if you’ll forgive the allusion).