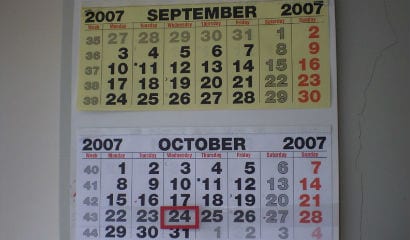 TERM LIMITS were all the rage in the 1990s, when 21 states limited the terms of their own members of Congress by popular vote. The movement was close to reaching a tipping point at which enough members of Congress would have been covered by term limits that it’s likely they would have voted for such restrictions on all members so that no one would be disadvantaged by boundaries on seniority.

Then, in a blow against federalism, a narrow 5–4 majority on the Supreme Court ruled in 1995 that states lacked the power to block long-serving congressional incumbents from appearing on their ballots. Thereafter, imposing term limits on federal offices would require a constitutional amendment.

The broad-brush decision was a bald assertion of power favoring the political class over the people it presumably serves. The decision was hailed behind closed doors all over Washington. Entrenched elites in both parties were terrified of pro–term limit voters and preferred that the court do their dirty work for them.

While term limits at the national level went into hibernation, the limits remained on state legislators in more than a dozen states and on officials in hundreds of local jurisdictions. Thirty-seven of the 50 governors are bound by term limits. Forty-nine states have either term limits or mandatory retirement ages for their supreme court justices. And the mayors of nine of the 10 most populous cities are term-limited.

There is a legitimate debate to be had over the impact of term limits; a few may be too restrictive and short. But there is scant evidence that the voters have rethought their basic support for the idea. Indeed, a brand-new Gallup poll found in January that support for term limits is higher now than it was at the height of the pro–term limits fever two decades ago.

Seventy-five percent of Americans told Gallup that they support limiting the terms of members of Congress, and only 21 percent were opposed. Young people (under 30) and older Americans (over 65) both gave the concept 74 percent approval. Independents backed the idea 79–17 percent, and Democrats were only slightly less favorable, at 65–29 percent. “I’ve never seen an issue as popular as this,” says pollster Scott Rasmussen, whose own surveys mirror the Gallup numbers. “You could joke that term limits are more popular than motherhood and apple pie, because some people are estranged from their mom and some people just don’t like or are allergic to apple pie.”

Term limits are no panacea for the ills of politics. But they appear to be one campaign reform that voters believe will produce benefits for the system. Alas, popular support for them drops off where it counts: among the political elites who most benefit from long tenures in office and can stand in the way of term limits. But even in those elites’ respective circles, term limits are popular for the other branches. Several members of Congress have told me privately that, if they could be assured that term limits on unaccountable federal judges wouldn’t be expanded to cover Congress, they would be for them in a heartbeat. It seems everyone resents and wants to control unaccountable power…so long as it’s not his own.

TERM LIMITS have a rich tradition in American history. Thomas Jefferson originally wanted to oppose the Constitution because, as he wrote to James Madison: “I dislike, and strongly dislike…the abandonment, in every instance, of the principle of rotation in office.” But while mandatory term limits were not part of the new Constitution, many delegates assumed that voluntary limits would be the norm. It never even occurred to them that serving in Congress would become a career. Indeed, up until the Civil War, a third of incumbents would retire in a typical election, and another eighth would be defeated. The average member served only about 4.5 years in office.

Abraham Lincoln, who is riding a wave of popular interest right now, introduced a rotation agreement with his political rivals in his local congressional district.

He served a single term in the House in the 1840s and then moved back to Illinois, not to return to Washington until he was elected president. Lincoln was a firm supporter of rotation in office. He once wrote, “If ever the American society of the United States are demoralized and overthrown, it will come from the voracious desire for office, the wriggle to live without work, toil or labor, from which I am not free myself.”

Indeed, no one better encapsulates the attitude that term limits “should be for thee—not for me” than America’s most visible public scold and nanny: New York Mayor Michael Bloomberg. A competent leader during his first two terms, he decided in 2008 that the “tough times” of the financial crisis made it imperative to override the term-limits law, which city voters had enacted by referendum and then reaffirmed in a second referendum. It is generally conceded that Bloomberg’s third term has been a disappointment, with Hizzoner increasingly obsessed not with public safety and job creation, but with national campaigns against everything from gun rights to salt to super-sized sodas.

“Make no mistake about it,” Bloomberg intoned, “I still think term limits are a good thing.” But not for him. As George Will acerbically wrote, “Yet again, the political class’s reaction to term limits is a powerful, indeed sufficient, argument for them.”

As public esteem for most elected officials continues to sink, don’t be surprised if term limits see a revival. A future Supreme Court might even revisit the issue, and perhaps uphold them by the same 5–4 vote that halted their progress two decades ago.