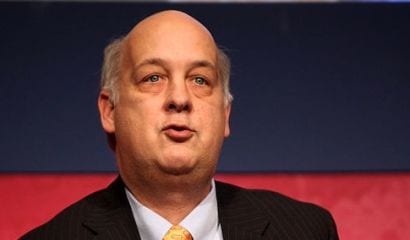 Being on Scott Rasmussen’s email Daily Update report is a sure way to develop a love/hate/total exasperation relationship with that alternately wise and frivolous, savvy and ignorant, shape-changer known to pollsters as the American likely voter.

Our Scott has racked up a good enough record of calling elections correctly, as to the winners and the spreads, that his numbers likely do reflect the universes he attempts to measure. He’s no amateur or partisan. Though when his numbers reflect favorably on conservative candidates or causes, folks on the left accuse him of being a Republican hack. I believe the force of the evidence is that Scott is an honest and competent taker of voter temperatures. But voters have proved themselves so fickle and feckless of late, one can excuse alert observers for wondering if Scott is just parsing ignorance to the third decimal place. Can all this accuracy be in the service of anything worth knowing?

The reports provide periodic evidence of voter lucidity. The Feb. 26 Update finds that 45 percent of likely voters want to see the federal deficit reduced by spending cuts alone and not by tax rate increases. Even the 36 percent who insist on, as we’ve been badgered into saying by the Obama-stream media, “a balanced approach,” want to see more spending cuts than tax increases. On 2/26 we also learned that a slim majority, 54 percent, also recognize that the sequester “cuts” are not in fact cuts in spending.

The 2/22 Update shows Americans haven’t bought the leftist canard that it is too difficult to vote in America (and that this is because conservative legislators and elections officials across the country are conspiring to keep minorities and other Democrats out of the voting booth). Only 17 percent buy this dreamy Obama talking point. Almost twice as many, 27 percent, tell Rasmussen that voting in America is too easy. Same-day voter registration gets two thumbs down. In the same day’s report we learn that 59 percent of voters believe textbooks for America’s government schools are more concerned with political correctness than with accuracy.

We learned from the 2/20 Update that only 25 percent of voters believe Secretary of Porous Borders Janet Napolitano when she says the U.S.-Mexico border is more secure than ever. Nearly twice as many, 47 percent, disagree with her optimistic (or just plain dishonest) take. The same Update shows a majority of American voters put improving the economy ahead of dealing with that made-by-and-for-leftists-phony-alarum, global warming.

This kind of coherence extended well before the November general election, when various Updates showed a majority or significant pluralities of voters thought the government was getting too big and too butinsky, and personal freedoms were being eroded. More voters expressed concern about economic prosperity than about Obama’s economic fairness talking points. Obamacare took its lumps, and there has always been great skepticism about global warming and little interest in taxing or regulating to combat it. Most voters say the government should not be picking winners and losers in the economy, and 67 percent say they believe private sector employees work harder than government employees.

But conservatives shouldn’t get too giddy about the wisdom of the American voter. Rasmussen Updates also bring jarring revelations as well, not the least among them being that since Election Day, between 50 and 56 percent of likely voters have told the Rasmussen folks who conduct the daily presidential tracking poll that they approve of the job Barack Obama is doing as president.

A surprising 59 percent of respondents told Rasmussen in January that they’re all right with full combat roles for women. And 54 percent say they agree with Obama’s recommendation to raise the minimum wage to $9 per hour. Only 34 percent saw the obvious flaws in this clunker.

Before and after Election Day, the same electorate that is skeptical of Obamacare and believes it will drive health care costs up, approves of Obama’s actions in health care more often than disapproves. Even though more respondents have expressed conservative views on the economy and the role of government in same, the same folks, by a small margin, say they trust the Democrats to improve the economy more than the Republicans.

This last head-scratcher, and some of the other anomalies, at least partly reflects the poor job Republicans have done in communicating what they stand for (to the extent the current crop of Republicans stands for anything). But it also demonstrates that in too many instances Joe and Jill Sixpack, trying to keep their busy lives between the ditches, just aren’t paying much attention to public affairs. Or aren’t thinking much about what they see.

Of course the biggest anomaly came on November 6 when these same free-enterprise, limited government patriots returned the most statist, government-on-steroids president in our history to office for another four-year whack at fundamentally changing America.

In psychology there’s a condition called cognitive dissonance. This describes the discomfort people feel when holding simultaneous but conflicting beliefs. A prime example of conflicting beliefs would be faith in the fundamental soundness of free enterprise and cherishing personal freedom — but at the same time expecting Barack Obama to promote one and protect the other.

On the basis of what voters told Rasmussen Inc. pre-November 6, I would have expected an epidemic of cognitive dissonance. But in order for the discomfort to set in, the sufferer must be aware of the contradictions. Apparently Joe and Jill aren’t there yet. I’ve no idea what would lift the veil.