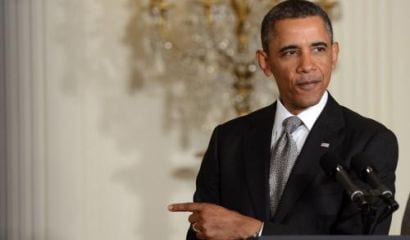 Back in my teaching days, many years ago, one of the things I liked to ask the class to consider was this: Imagine a government agency with only two tasks: (1) building statues of Benedict Arnold and (2) providing life-saving medications to children. If this agency’s budget were cut, what would it do?

The example was deliberately extreme as an illustration. But, in the real world, the same general pattern can be seen in local, state and national government responses to budget cuts.

At the local level, the first response to budget cuts is often to cut the police department and the fire department. There may be all sorts of wasteful boondoggles that could have been cut instead, but that would not produce the public alarm that reducing police protection and fire protection can produce. And public alarm is what can get budget cuts restored.

The Obama administration is following the same pattern. The Department of Homeland Security, for example, released thousands of illegal aliens from prisons to save money — and create alarm.

The Federal Aviation Administration says it is planning to cut back on the number of air traffic controllers, which would, at a minimum, create delays for airline passengers, in addition to fears for safety that can create more public alarm.

Republicans in the House of Representatives have offered to pass legislation giving President Obama the authority to pick and choose what gets cut — anywhere in the trillions of dollars of federal spending — rather than being hemmed in by the arbitrary provisions of the sequester.

This would minimize the damage done by budget cuts concentrated in limited areas, such as the Defense Department. But it serves Obama’s interest to maximize the damage and the public alarm, which he can direct against Republicans.

President Obama has said that he would veto legislation to let him choose what to cut. That should tell us everything we need to know about the utter cynicism of this glib man.

The sequester creates more visible damage and more public alarm than if the president were given the authority to trim a little here and a little there in the vast trillions of dollars spent by the government, in order to make a relatively small “cut” that still leaves total federal spending higher than last year.

Only in Washington is a reduction in the rate of growth of spending called a “cut.” Moreover, costly boondoggles not covered by the sequester can continue and grow.

Obviously Obama wants public alarm, which he can use to help defeat the Republicans in the 2014 elections, so that Democrats can take back control of the House of Representatives.

When Obama was offered the authority to make the spending cuts wherever he chooses, anywhere in the government’s multi-trillion dollar budget, it was the only power that this power-grabbing president has rejected.

Democrats prefer to get the political benefits from handing out goodies, while Republicans can be blamed for not subsequently raising enough taxes to pay for the Democrats’ spending spree.

If Obama succeeds in maneuvering the Republicans into positions that cause them to lose control of the House of Representatives in the 2014 elections, then as a president who never has to face the voters again, he would be in an ideal position to create a big spending liberals’ heaven.

But it will be far from heaven for the economy, with Obama-appointed bureaucrats burying businesses in red tape and job-killing costs, while expanding the size and arbitrary powers of government. We could become the world’s largest banana republic.