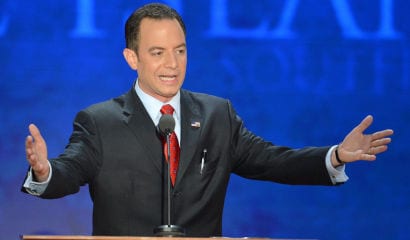 The GOP lost the 2012 election, and in the bleak December that followed, the Republican National Committee decided to figure out why. RNC Chairman Reince Priebus saw off an expedition force of operatives, dubbed the Growth and Opportunity Project, to speak with Republicans and determine the source of their discontent. Among the 2,600 people they interviewed were consultants, pollsters, elected officials, and even voters, which compelled these modern-day Lewises and Clarks to venture outside Washington. In the end, the explorers returned to the Beltway with 219 recommendations and two reported cases of cholera. These findings, called an “autopsy” by Priebus, were released earlier this week.

It’s tempting to ascribe value to their report based on its size alone: 219 recommendations! But a closer examination of the prescriptions shows a lot of bureaucratic bumbling — lots of listening sessions and new councils and minority group committees. Anyone searching for meat will have to chew through a lot of fat first.

But that’s not to say the report doesn’t make substantive points. There’s an underlying argument being made by the Growth and Opportunity Project, however myopically and clumsily. Much of it is wrong, with a few bright spots sprinkled in. Let’s take a look at both the bad and the good.

Where in the world is Mitt Romney?

The report contains a brief section on candidate recruitment. But it fails to address the single most important reason that the Republican Party lost in 2012: Willard Mitt Romney. According to the Real Clear Politics poll averages, Romney consistently ran 1-6 points behind Obama in the polls from the day he secured the nomination, and caught up only briefly after his stunning debate performance in October. Voters just didn’t like our guy, as evidenced by his stagnant approval ratings throughout the campaign.

The comfortable explanations — that Romney lost because of Todd Akin or his notorious 47% comment — don’t hold water when you look at the data. But the RNC’s autopsy never engages in a serious analysis of Romney’s flaws; in fact, Romney is barely mentioned in the report at all.

Governors vs. everyone else

“The GOP today is a tale of two parties,” the report declares. “One of them, the gubernatorial wing, is growing and successful. The other, the federal wing, is increasingly marginalizing itself.”

The report calls GOP governors “America’s reformers in chief” who show the need to “modernize the Party.” But it’s difficult to think of a big decision made by a Republican governor that hasn’t been on the conservative radar screen for a long time. GOP governors succeeded by applying long-held principles, not by throwing those principles overboard in the name of modernity.

Naturally the Growth and Opportunity Project is worried about losing young voters. But its recommendations for connecting with today’s youth are both shallow (“Establish an RNC Celebrity Task Force”!) and shortsightedly focused on social issues.

That isn’t to say that social issues aren’t a factor. I was shocked by how many of my young friends fell into Obama’s lap after his transparently opportunistic flip-flop on gay marriage last year. But the overall picture is much bigger and includes two topics that the report doesn’t address: foreign policy and national debt.

We may be three months into Obama’s second term, but for the young, Iraq still matters. As Daniel Larison convincingly argues, “The [Iraq] war was instrumental in driving younger voters away from the GOP and into the Democratic coalition in 2006 and 2008, and most of them have remained there since then.” Rand Paul’s recent filibuster, which energized young people across the spectrum, demonstrates that war and civil liberties issues can have a galvanizing effect on Millennials. If the GOP wants to win young voters, part of the solution will be coming to terms with the Bush Administration’s foreign policy.

Young people also stand in the shadow of a tidal wave of debt. This has produced a latent fiscal conservatism in many Millennials, though it needs to be more fully teased out. The Republican Party should be speaking directly to the young, elucidating the real consequences they will face if the government continues its reckless spending.

Immigration is not a panacea

The autopsy makes the common mistake of assuming comprehensive immigration reform is a tonic for the GOP’s problem with Hispanic voters. We can debate the merits of such a proposal, but it’s simply not true that support for looser immigration policies will convert Latinos. According to the Pew Hispanic Center, education, jobs and the economy, health care, and the deficit all rate as bigger concerns for Latinos than immigration.

And that’s the real quandary: Hispanics, unfortunately, are falling for the big-government promises of economic liberalism. Since Republicans won’t (and absolutely shouldn’t) become economic liberals, they have a far more vexing problem with Hispanics than the RNC acknowledges.

Early on, the report encourages Republicans to shed the party’s reputation as a tool of big business and “be the champion of those who seek to climb the economic ladder of life.” This is sound advice that’s made realistic by a simple fact: the Republican Party no longer is the party of big business. Under the Obama Administration, corporations are getting fat on a diet of subsidies and rigged rules, while small businesses sink under the weight of regulation. Republicans should make this point every chance they get.

In Mitt Romney, Democrats knew they had a candidate they could (mendaciously) define as a heartless plutocrat. So they did so, and very early in the campaign. The report learns this lesson, encouraging Republicans to define Democratic candidates quickly, and citing the Bush campaign’s success at portraying John Kerry as a weak flip-flopper. It also laments the GOP’s utter failure to combat the Democrats’ most effective line of attack: the war on women.

Anyone who read the media’s breathless insider profiles of the Obama campaign knows the Republican Party’s technological disadvantage is real and hurt Romney during the last election. The report recommends updating both the Republican Party’s social media outreach and data analytics, both of which are crucial to attracting new voters, especially young ones.

So will the autopsy have a serious impact? Probably not. On the campaign side, Republican consultants are already aware of most of the report’s diagnoses. On the ideas side, conservative thinkers and activists are hardly inclined to take their cues from a bunch of party suits. Give the news cycle a few more spins and the autopsy will likely be forgotten.

And that’s probably for the best. There are many lessons for Republicans to learn after 2012, but most of them aren’t to be found in this autopsy. Actually, autopsy is probably the wrong word. You can’t really cut someone open when you’re wringing your hands.