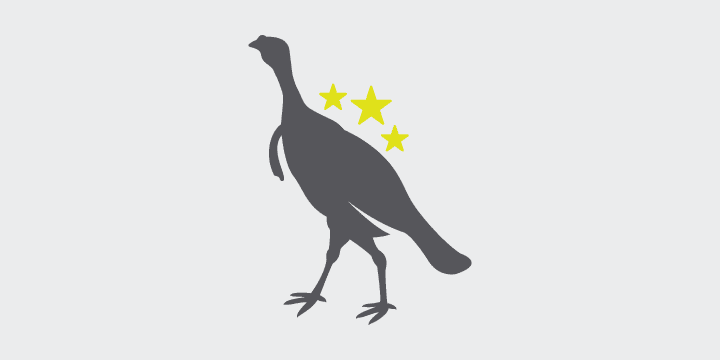 LESZEK KOLAKOWSKI WAS a philosopher and historian of ideas. He received his doctorate in 1953 for his study of Spinoza. Under different circumstances, he might have led a satisfying but obscure academic life, publishing dense scholarly works that hardly anyone read, and remaining largely aloof from the world’s troubles and turmoil.

It was Kolakowski’s misfortune, however, to be born in Poland in 1927, on the eve of that nation’s darkest hour. As a teenager, he endured the Nazi occupation, lived among Poles who risked their lives saving their Jewish compatriots, and taught himself Latin, French, and German, as well as philosophy. In 1959, he was appointed to the chair of the history of modern philosophy at Warsaw University, but soon found himself in hot water with the authorities because of his political views. In 1968, Poland’s Communist government expelled him from Warsaw University and banned him from teaching and publishing. After a brief stay in Canada and the U.S., he settled in England and was senior fellow at All Soul’s College, Oxford, until his retirement.

Throughout his lifetime, Kolakowski never ceased to write. His masterwork, Main Currents of Marxism, traced the trajectory of what Kolakowski called “the greatest fantasy of the 20th century,” which began in an attempt to create a perfect society, and ended up as the foundation for “a monstrous edifice of lies, exploitation and oppression.”

But Kolakowski was the author of some 30 other books, as well as countless articles, nearly all of which were directed at general audiences, and dealt with the most urgent issues of our time. His daughter, Agnieszka Kolakowska, has brought together many (but by no means all) of his essays in a splendid collection called Is God Happy?

As might be expected, many of these essays deal with Marxism, socialism, and communism. For example, in a devastating response to British leftist E.P. Thompson, who accused Kolakowski of betraying the socialist idea, Kolakowski explained why that idea was flawed from the outset:

All attempts to examine [the socialist] experience lead us back not only to contingent historical circumstances but to the very idea of socialism and the discovery of incompatible demands hidden in this idea.…We want a society with a large autonomy of small communities, do we not? And we want central planning in the economy. Let us try to think now how both work together. We want technical progress and we want perfect security for people; let us look closer how both could be combined. We want industrial democracy and we want efficient management: do they work well together? Of course they do, in the leftist heaven everything is compatible and everything settled, lamb and lion sleep in the same bed.” [“My Correct Views on Everything,” 1974]

But while Kolakowski didn’t hesitate to take on leading leftists, I suspect he regarded such confrontations as major distractions. For the most part, these pretentious know-it-alls were intellectually negligible, and the effort spent responding to their empty chatter might be better spent addressing truly important issues. Foremost among these, in Kolakowski’s opinion, was the question of why communism was such a powerful force in the 20th century, and—more importantly—how to prevent it from rising from its grave and once again tormenting humanity in the 21st.

was born as a quasi-religious movement, i.e., as the ideological expression of the need for ultimate salvation.…The product of the tradition of the Enlightenment, emerging at a time when educated elites had largely forsaken their traditional faiths, it took the (inconsistent) form of a secular religion; and the psychological mechanisms thanks to which it was able to advance were similar to those that underlay the vitality of those traditional faiths in their most dynamic periods. [“Communism as a Cultural Force,” 1985]

Today, of course, communism is largely discredited, but humanity’s desire for “ultimate salvation” is as strong as ever. Kolakowski believed that unless we in the West “rediscover our old religious roots,” totalitarian ideologies promising heaven on earth might well enjoy a second coming. Besides the decline of traditional Christianity, Kolakowski singled out two other factors that made a totalitarian comeback possible. The first is the widespread existence of “idolatry,” which he defined as the “pseudo-religious worship” of celebrities. In a 1998 essay (“Why a Calf? Idolatry and the Death of God”), he cited the funeral of Princess Diana as “an extraordinary event” in the history of idolatry. “Here was a woman of no education,” he wrote, “who devoted her own brief life mostly to building her ‘image,’ to (extraordinarily successful) self-publicity and the creation of her own cult, and who at the moment of her death became a genuine source of identity for countless millions of people.” Had he written his essay 10 years later, I believe Kolakowski might have characterized the pseudo-religious atmosphere surrounding Barack Obama’s first inauguration as yet another troubling milestone in idolatry’s ongoing revival.

Kolakowski also recognized that “in our societies, there will always be forces prepared to destroy [freedom]; they may seem insignificant, but in a large-scale social or economic catastrophe, they can spread with lightning speed….And all sorts of things can bring about a cataclysm.” Kolakowski cited potential efforts to cut back on out-of-control entitlement spending as the kind of action that might trigger a political cataclysm—a possibility that seems even more plausible today than when he broached it in his 1997 essay, “Our Merry Apocalypse.”

To immunize Western society against the totalitarian temptation, Kolakowski rose to the defense of the Christian religious tradition. He did so not as a conventional believer (I don’t know what his personal religious beliefs were), but as a philosopher who was convinced that “the Christian worldview remains a profound and clear-sighted view of the human condition.” Many of the essays in Is God Happy? are heroic efforts by Kolakowski to rescue crucial features of the Christian worldview—the idea of Truth, the reality of Good and Evil, the importance of Natural Law—from the skeptical rationalism spawned by the 18th-century Enlightenment.

MY FAVORITE ESSAY in this collection is called “Jesus Christ—Prophet and Reformer.” It was written in 1956, when Kolakowski still considered himself a socialist of sorts. He sought to derive political lessons from Jesus’ words and deeds. What he came up with, among other things, was the need to pursue nonviolent political change:

People who are persistent and resolute often achieve their aims without the use of force, but rather by courage joined with intelligence. Renouncing force need not mean resigned passivity or cowed submission: Christ renounced force, but fought relentlessly for his own point of view; and in dying he broke the resistance of those who wielded power and were in a position to use force.

Admittedly, there is nothing new in this analysis—though publishing it in Communist Poland required considerable moral courage. What makes it noteworthy, however, is that in a seminal essay published in 1971 in the Paris-based Polish-language journal Kultura (not included in this volume), Kolakowski argued along similar lines: If Polish society acted with courage and intelligence, and organized itself outside of existing Communist structures, it could break the regime’s resistance without resorting to violence. These ideas helped inspire the working-class revolution led by Solidarity in 1980–81, and Kolakowski deserves to be honored alongside Pope John Paul II and Lech Walesa as one of the architects of that pivotal event.

Leszek Kolakowski died in 2009, and while it would take someone much smarter than I am to evaluate his philosophical legacy, I think his basic teaching can be summarized in the old Polish phrase, “Nie daj sie!” It means “Don’t give in!”—and Kolakowski never did: not to Nazism and not (apart from a very brief interlude) to Communism, not to the Old Left and not to the New, and not to contemporary philosophy’s clever word games and apologetics for nihilism. He was a beacon of light in a dark time, and even his earliest essays retain their ability to instruct and inspire.