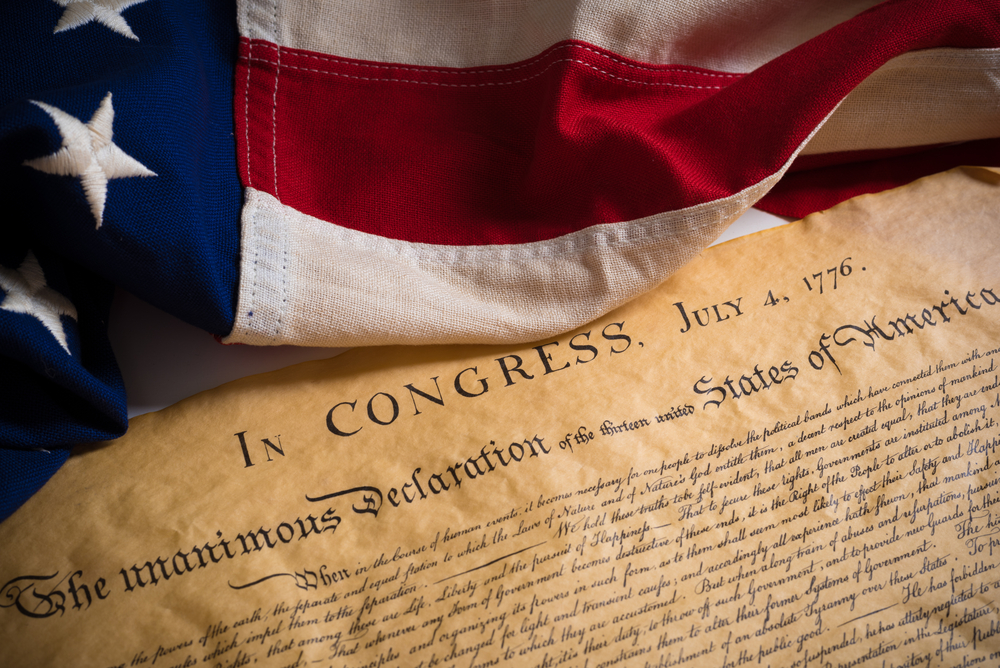 An authentic civic education will help rebuild our common bonds, our mutual friendship, and our civic devotion. But we cannot love what we do not know.

The nation is in the debt of Encounter Books for rescuing from the memory hole the presidential commission report on the nation’s founding in 1776, prepared for the 250th anniversary of the Declaration of Independence in July 2026. The report was submitted to President Trump and released as a public document on January 18, 2021, Martin Luther King Jr. Day, but was abolished by an executive order of President Biden on Inauguration Day, January 20, 2021.

Alas, the new president must not have read this succinct statement of the first principles of the Founders. Abraham Lincoln described it during an 1857 speech in Springfield, Illinois, as “a standard maxim for free society,” which ought to be “familiar to all, and revered by all; constantly looked to, constantly labored for, and even though never perfectly attained, constantly approximated” resulting in “the happiness and value of life to all people of all colors everywhere.” Fortunately, Encounter’s newly published edition of The 1776 Report keeps this act of civic piety in the public domain for the benefit of all citizens.

The 1776 Report offers a preface, notes, and commentary co-authored by Larry Arnn, the estimable president of Hillsdale College; Carol Swain, retired professor of political science and law, Vanderbilt University; and Matthew Spalding, professor and dean of Hillsdale’s graduate school in Washington, D.C. Arnn and Swain served as chair and vice chair of The President’s Advisory 1776 Commission, and Spalding was executive director. The classicist and military historian Victor David Hanson served with 12 others on the full Commission.

The report opens with these fundamental axioms of the Founding: “The core assertion of the Declaration [of Independence], and the basis of the founders’ political thought, is that ‘all men are created equal.’ From the principle of equality, the requirement of consent naturally follows: if all men are equal, then none may by right rule another without his consent.” Properly understood, this does not mean we all have equal faculties or virtue. Rather, it means that we “are not by nature divided into castes, with natural rulers and ruled.” Thus, the Declaration rules out any formal or legal inequality.

Turning to the Constitution itself, the report states that “The bedrock upon which the American political system is built is the rule of law.… [t]he idea that the law is superior to rulers.” So “the new government needed to be strong enough to have the power to secure rights without having so much power as to enable or encourage it to infringe rights.”

The Founders believed that the consent of the governed required a republican form of government to guarantee the people’s participation in the political process. Yet, to avoid what they perceived as the historic failures of republicanism — class conflict and the tyranny of the majority — they instituted bicameralism, federalism, the separation of powers, and the Bill of Rights.

Slavery was a sign of contradiction to the principles of the Declaration and was recognized as such by the Founders from the beginning. This truth contradicts the 1619 Project, promoted by the New York Times and criticized even by liberal historians like Sean Wilentz, Gordon S. Wood, and James McPherson. The authors of the report cite a revealing quote from John Quincy Adams, on the 61st anniversary of the Declaration:

Never from their [the Founders’] lips, was heard one syllable of attempt to justify the institution of slavery. They universally considered it as a reproach fastened upon them by the unnatural step-mother country; and they saw that, before the principles of the Declaration of Independence, slavery, in common with every other mode of oppression, was destined sooner or later to be banished from the earth. Such was the undoubting conviction of Jefferson to his dying day.

The principle of equality, in time, triumphed over bondage at a cost of 600,000 lives lost in the Civil War.

What is significant in the historical context of the time is not that liberty-loving Revolutionaries allowed slavery to survive, but that they — even those who profited directly from the institution — went so far in condemning it, confining it, and setting in motion the forces that would ultimately destroy it…. A successful and liberty-loving republic might someday destroy the slavery that it had been obliged to tolerate at the start; a weak and fragmented nation would never be able to do so.

Many readers will be surprised how the progressivism of Woodrow Wilson, Theodore Roosevelt, and John Dewey have undermined constitutional principles and natural rights. They believed that society has the power, the obligation, to redefine rights to deal with contemporary problems. Hence the “living” Constitution and the rise of the managerial or administrative state of experts who direct a new system whereby “the functions of government are in a very real sense independent of legislation, and even constitutions,” as described by the future President Wilson.

Of particular note is Appendix IV of the report, “Teaching Americans About Their Country,” which calls for more honest, historically grounded teaching of the story of the Founding in civics, history, and literature classes. “What spectacle can be more edifying or more seasonable, than that of Liberty and Learning, each leaning on the other for their mutual and surest support?” wrote James Madison.

Unfortunately, as The 1776 Report states,

The report’s authors insist, “Students should not read the Declaration of Independence as archaeology but as the idea that animates our nation with claims that are true for all time.”

Arnn and his co-authors argue that we need a restoration of a truly liberal education — the liberal arts or “the arts of liberty” — to free students “from ignorance and confusion, from prejudice and delusion, and from untamed passions and fanciful hopes that degrade and destroy us as civilized persons.” American education must, once again, take up “the hard but essential task of character formation” to form truly free men and women.

Buy a copy of The 1776 Report for your child’s teacher today.