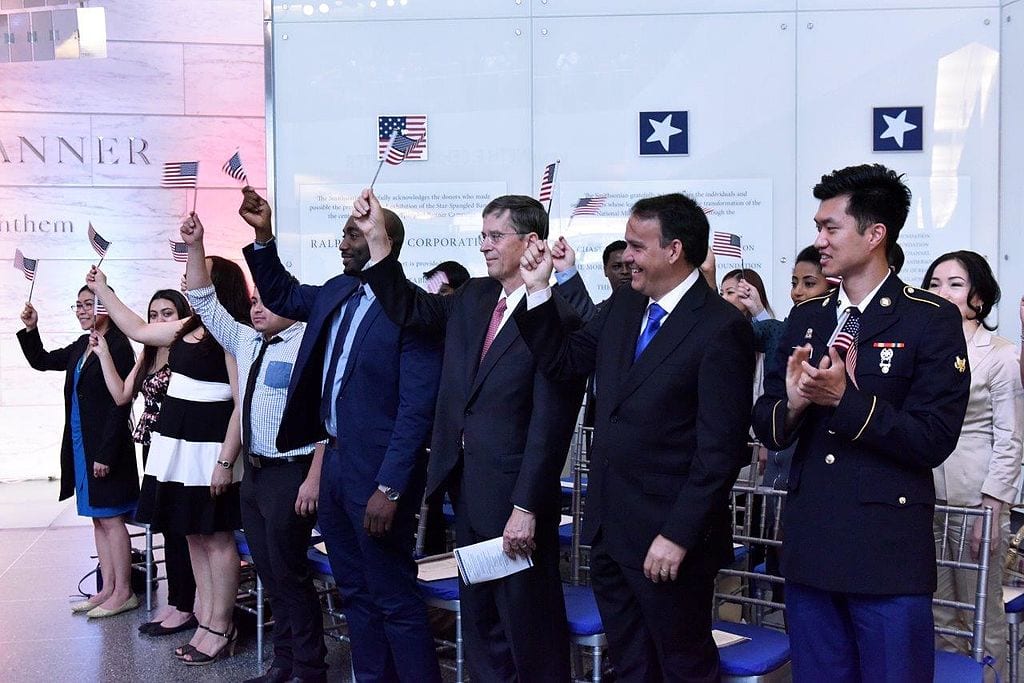 Republicans are right to call for tough measures to deter illegal immigration — which means building the wall, ending the “catch and release” policy, and challenging the harboring strategy of sanctuary cities.

But where Republicans are wrong is in calling for strict caps and even reductions in legal immigration visas. Rather than restricting the so-called H1B program that brings skilled workers to our country, it should be expanded.

Almost every economic analysis finds that legal immigrants on balance are net contributors to the American economy.

Not all immigrants are beneficial and sure there are bad apples in the bunch — just as is true of the population of American citizens as a whole. But the benefits of immigration are surprisingly large — mostly because most immigrants are risk-takers who come to the United States between the ages of 16 and 40 — so they tend to be at the start of their working years or at the peak of their earning years.

We also know that the more skilled the immigrants, the larger their contribution to overall productivity and the bigger their lifetime net-tax payments — i.e., the more they reduce budget deficits.

The most definitive voice on this came from the prestigious National Academy of Sciences, with its findings on the positive economic effect of immigration. Its 2016 study explained that immigrant workers may be “complementary with natives, especially high-skilled natives; with human capital spillovers stemming perhaps from interactions among workers; or with high-skilled immigrants innovating sufficiently to raise the productivity of all workers.”

Because most immigrants arrive when they are young (between the ages of 16–40) and Americans are getting older thanks to the baby boomers retiring, immigration helps fill our labor force needs. Immigrants’ net benefits to the Social Security and Medicare programs are in the trillions of dollars over the next 30 to 40 years. This is especially important now because U.S. birth rates just hit a 30-year low. Without immigration, we would have negative population growth and we’d soon look like aging Japan. Immigration is America’s fountain of youth.‎

So if the GOP wants to be a growth party, it must be a pro-immigration party. Period.

Second, we should shift the composition of immigrants to a merit-based policy along the lines of what President Trump has endorsed and which has been adopted in Canada, Australia, and Germany. Immediate family members, children, and spouses would still go to the front of the line.

Others should be selected on the basis of their skills, talents, and brains. Some worry that programs such as the H1B visa program, which allows employers to sponsor and hire immigrants with specific skills, costs Americans jobs, but the evidence suggests the opposite. A 2015 study by the Partnership for a New American Economy has found that these skilled immigrants have raised wages for American workers and increased job growth in the sciences, engineering, and technology. “High-skilled immigrants don’t displace U.S.-born workers,” the study finds.

These positive effects are clearly more pronounced when the labor market is tight — as it is now. The unemployment rate of those with at least a bachelor’s degree in computer, math, or science occupations is only 2% today. For those who have a degree in architecture or engineering, the jobless rate is a microscopic 1.5% in the first quarter of 2018.

Donald Trump rightly wants to achieve a sustained 3 to 4% annual growth rate for America. That’s achievable for sure, but one constraint is lack of domestic labor force growth. Faster growth will require more immigrants and no nation has a better opportunity to import the brains and talents and risk takers from the rest of the world than America. What are we waiting for?

Stephen Moore is an economic consultant with FreedomWorks and served as a senior economic advisor to the Trump campaign.