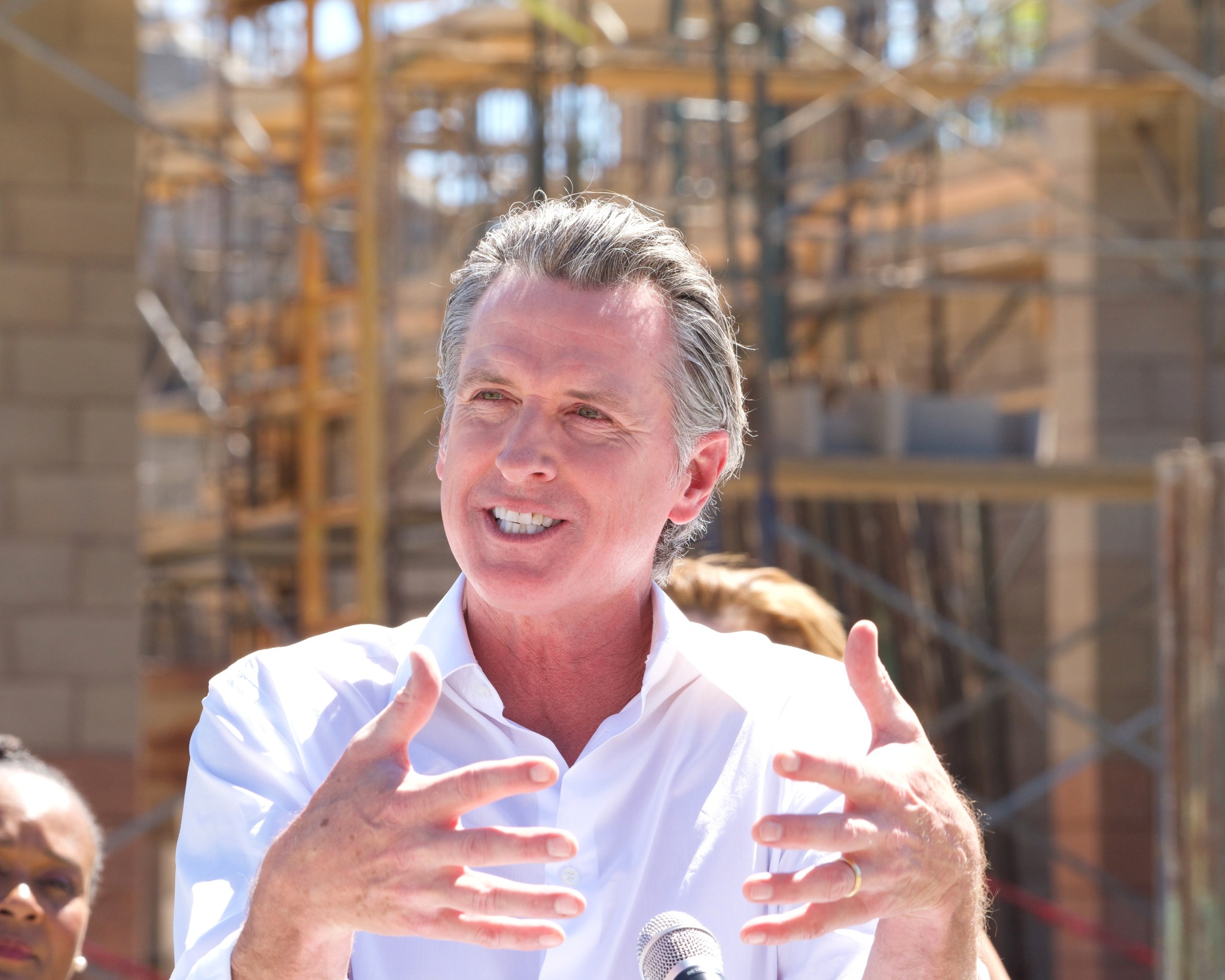 It may be hard to believe, but California Gov. Gavin Newsom is Catholic.

He was baptized in the Church, attended Catholic elementary schools and a Catholic university, got married in the Catholic Church, and still maintains identification with his faith. He even has a statue of a Catholic saint in his home.

At the same time, he has, in the eyes of the Church, gravely sinned.

He made himself out to be a victim of the Church, expressing surprise that the Church was not “more forgiving” of his actions.

Apart from cheating on his wife with a married woman, attempting a civil marriage while still married, seeking ordination outside the Catholic Church in the Universal Life Church, attempting to marry two men, not fulfilling the obligation to attend Sunday Mass, and claiming involvement in his mother’s assisted suicide, Newsom is one of the people with foremost responsibility for legalized gay marriage in the United States. Moreover, he has made California an abortion factory by means of legislation and blasphemous use of the Gospel; eased requirements for doctors to kill the elderly; transformed California into a tourist destination for parents wishing to mutilate their children; legalized human composting; attempted to infringe upon the Seal of Confession; funded embryonic stem cell research; changed California law to separate incarcerated people based on gender identity; allowed local authorities to require public bathrooms to be open to both males and females; shuttered churches and other houses of worship for an unjustified period of time; expanded access to contraceptives; and tried to force Catholic universities, churches, and other organizations to provide abortions.

In short, Newsom has done more than anyone in this century to cause American law to contradict the moral precepts of the Church. In addition, he has routinely wielded the power of the state to attempt to force Catholics to violate their faith.

Newsom does not at all take on former New York Gov. Mario Cuomo’s position of maintaining personal allegiance to the teachings of the Church while at the same time not imposing them on others, as was taken up by Catholic politicians such as former vice-presidential candidate Geraldine Ferraro and former Massachusetts Sen. Ted Kennedy. Instead, he states that he diverges from Church teaching on these matters and argues publicly that his positions on abortion, marriage, contraception, etc., are morally correct.

For example, after Newsom granted same-sex couples marriage licenses as the mayor of San Francisco in 2004, ignoring the people of California’s affirmation that marriage is between one man and one woman, he explained himself by stating, “I mean, the Church and I disagree on a number of issues.”

He then made himself out to be a victim of the Church, expressing surprise that the Church was not “more forgiving” of his actions and complaining that he was “hardly being embraced by the people that married us.” (Newsom married Kimberly Guilfoyle in a three-hour Mass at St. Ignatius Church in San Francisco.)

Why, then, has Newsom maintained on multiple occasions that he is a practicing Catholic? One would think that disagreeing with essential teachings of the Church, crafting laws that violate Church teachings, and relentlessly attacking the Church would be reason enough to renounce it.

One possible explanation is that Newsom may want to maintain a connection to his family’s faith, as he comes from a long line of Irish Catholics.

Another possibility is that he takes pleasure in hurting the Church by furthering scandal. He does have a history of boasting of his disobedience to his Church, as he once stated that his Catholic education is “responsible for” the “independence of thinking” that led him to issue marriage licenses to same-sex couples in 2004. “So there would be no gay marriage except for my education at Santa Clara [University],” he said. “Eat your heart out, guys.”

It is also possible that a part of Newsom feels some draw to the Catholic Church’s worship of God. Though he doesn’t attend Mass these days, the California governor claimed in 2008 to have “an incredibly strong sense of faith that is perennial: day in and day out, every day of my life.” He explained that this faith manifests itself “in a less indoctrinated way, but the core principles still apply” and that he doesn’t feel a need to exercise that faith “formally” in a church, which he referred to as a “symbolic setting.”

At other times, Newsom has been less assured of possessing faith. In an interview with the New Yorker, Newsom recalled that when he was once asked the purpose of his life, the question hit him so hard that he “couldn’t muster an answer.” On another occasion, he responded, “I guess I do,” when asked, “Do you believe the Bible is the authoritative Word of God?”

One can pray that Gavin Newsom still clings to the Catholic faith in some small way, offering a speck of hope that he could one day repent of all he’s done against the Church.

Did Gavin Newsom Kill His Own Mother?

The Weapon in the Hands of Newsom’s Political Opponents: Homelessness

How Newsom Became Governor: A Spoils System and a Billionaire Pseudo-Father