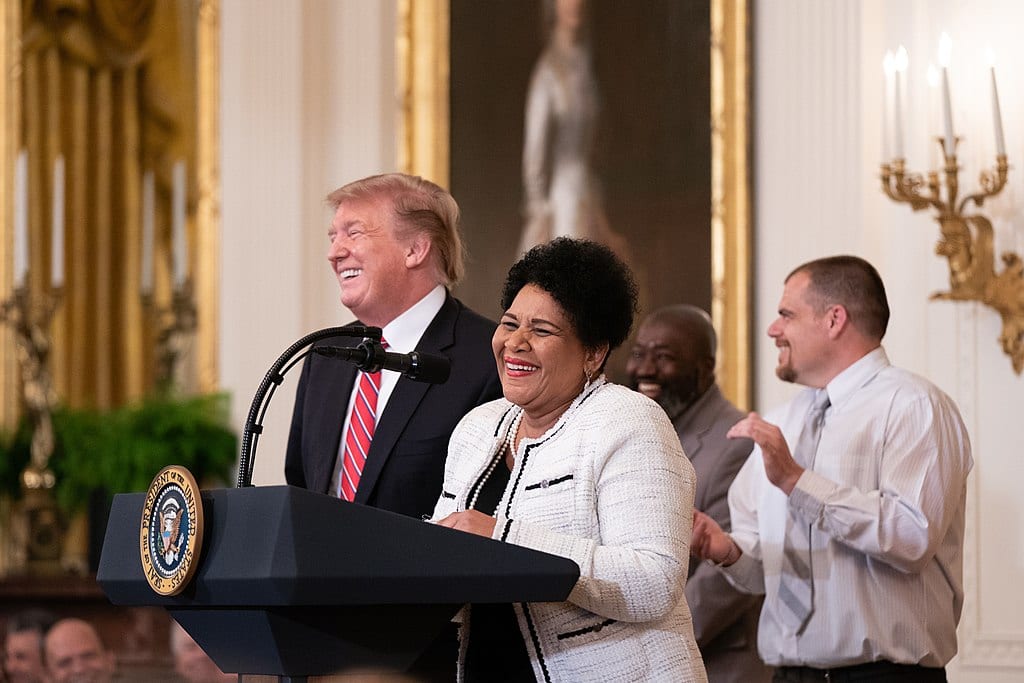 Trending
To Fully Comprehend Trump, an Insight Into the Jargon of NYC’s Outer Boroughs
by Dov Fischer
Mayor Pete: Red Diaper Baby
by Paul Kengor
A Delayed Debate Response: Socialists Go Wild!
by Melissa Mackenzie
Sign Up to receive Our Latest Updates!
Register
Hot Off
The Press
Deep State
The Department of Labor Has Been a Drag
by Andrew Langer
Hither and Yon
Now They’re the Disastercrats
by Scott McKay

In fact, they are the one of the few parts of the government that retains both its relationship to society and its function as a government entity in complete unison. Crime affects the community and therefore the cops within it as well. The First Step Act was designed to make our communities safer, which is why even the Fraternal Order of Police supported its passage.

Locking up low-level offenders for long periods of time does not make us safer. Cops know that putting away a nonviolent offender for a long period of time usually means that offender will come out of prison a better criminal and likely a more violent one. That brings danger to the community. Furthermore, the families of nonviolent offenders are adversely and disproportionately affected, particularly when children are involved and cannot be provided for in the absence of a parent.

The community does not benefit from such practices — not in safety and not in building stronger communities. The First Step Act made headway towards in-prison rehabilitation, which leads to a reduction in recidivism. It made sentencing more proportional to the crime. It also made current sentencing laws under the Fair Sentencing Act retroactive. It incentivizes good behavior, encourages prisoners to improve themselves, and better prepares them to reenter society as productive, law-abiding members of their communities. Offenders will pay their debt to society, but also have the opportunity to turn their lives around.

The belief in redemption, the improvement in safety, and the desire to repair broken communities were all reasons conservatives supported the First Step Act. It is also why I supported it — and still do. The law is not perfect, and there will be times when bad things happen. This brings us to the Joel Francisco case we are hearing about now.

Francisco was sentenced under the crack versus powder cocaine disparity and had his sentence changed to correct what was determined to be an unjust sentence. But this is not the whole story. We do not know all the facts of the current case, including how they may have been accounted for through the stages of the criminal justice process. But we do know Francisco pleaded no contest to state charges of assault with intent to murder in 1997 prior to his federal sentencing and demonstrated a propensity for violence while incarcerated in federal prison.

The First Step Act allows judges to use their discretion in resentencing individuals that are eligible, and the decision to set him free may well fall to the realm of poor discretion on the part of a federal judge in Rhode Island. Francisco is now sought in a murder investigation. This is tragic, but to place blame on the First Step Act or to believe a wave of this kind of crime pattern is coming is unrealistic and misguided. Those who are now maligning the First Step Act know this as well, but that does not prevent them from trying to capitalize on the tragedy.

The case is tragic for all involved, particularly for the family of the victim. No policy will ever be perfect, not where people are involved. There are too many human variables to account for every possible eventuality. But it would be unfair to discount the benefit to thousands of individuals, their families, and their communities that the First Step Act represents in order to possibly prevent someone from committing future crimes that we have little in the way of predicting might occur based on an individual tragedy.

In America, we don’t keep people locked up for crimes they have not yet committed. In the case of Francisco, perhaps his history while incarcerated should have prompted a more thorough consideration by the reviewing judge, but that is not a failure of the First Step Act or even the Fair Sentencing Act. It is an individual failure, and we do not correct individual failures through policy.

The First Step Act remains the most significant piece of federal criminal justice reform legislation in decades. Conservatives should still support it and so should cops.

Bernard Kerik is former New York City police commissioner and a signatory to the Right on Crime Statement of Principles.