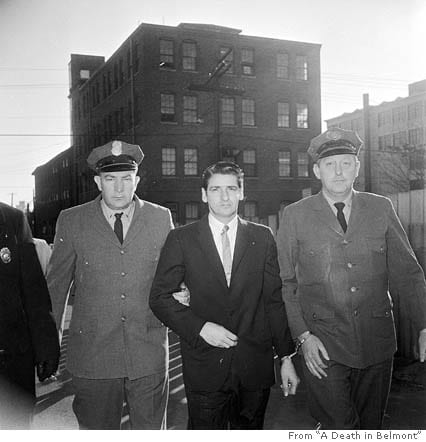 Watching the incessant virtue signaling by the Democrats about protecting the Constitution during the opening of the Brett Kavanaugh Supreme Court confirmation hearing reminded me of the time Hannibal Lecter teamed up with the FBI agent who arrested him to stop another serial killer. In other words, it wasn’t sincere. You see, the same Democratic Party that today has taken up the mantle of defending America’s hallowed republican institutions is the same party of domestic terrorist Bill Ayers and anti-America radical Saul Alinsky.

Fact is, the last two years of “resistance” has had little to do with upholding morality or fighting for what the Left believes in. Whatever it may believe in, the Left’s pursuit of raw power — its long march through the institutions — has always been its primary goal. Thus, everything that has transpired over the last two years — from the endless public loathing of Trump to the efforts to delegitimize Trump’s presidency with baseless claims of “Russia collusion” — is because the Democratic Party’s collective ego has been wounded.

The Left plotted every single detail of its 2016 victory years before the campaign began. Hillary Clinton herself had been running for president since she was a teenage disciple of none other than Saul Alinsky. Everyone from progressive billionaires, like George Soros, to even more unsavory groups (like corporations and individuals affiliated with Saudi, Russian, and Chinese intelligence) “donated” to the Clinton family slush fund (or, excuse me, the Clinton Global Initiative) in order to curry favor with the woman who the entire world assumed would be president.

Going into 2016, no competition to Hillary’s candidacy from within the Democratic Party could be brooked. Thus, Debbie Wasserman-Schultz and the DNC establishment manipulated and abused their own party’s bizarre primary process to rig the Democratic primaries in favor of Hillary Clinton. The global elite believed it had everything prepared for not only finalizing its capture of America’s elite institutions, but also for cashing out on the massive giveaways that would have occurred under Hillary Clinton. All of that was rendered moot when Trump emerged victorious.

To compound matters for the Left, despite having won the popular vote in 2016, it cannot win the electoral vote (which is the only vote that ultimately matters in American presidential elections). Regardless of however wronged the Democrats may feel by the fact, the Framers of the Constitution wanted a more even distribution of votes between the larger, more populous states and the smaller, less populous ones.

The electoral college prevents an unfair distribution of power to larger (usually more Left-leaning) states. It’s a great equalizer. Yet, the Democrats, the group that claims to be for equality and that now argues it favors America’s institutions, want to end the electoral college because it impedes its will to power.

Similarly, the Democrats have literally upended the legitimacy of Trump’s election win by convincing many Americans to at least doubt that President Trump won through fair means. Instead, they’ve gaslighted the entire world into following the baseless Robert Mueller “special counsel” investigation into claims that the Trump Campaign “colluded” with Russian intelligence to rig the 2016 election in his favor.

The Democrats are utterly abusing the immense powers of the federal government’s intelligence and law enforcement capabilities in order to accomplish that which they cannot at the ballot box: defeat the Republicans. So terrible has the “resistance” to Trump’s presidency been that the Democrats now impede the president’s governing abilities, as mandated by the very same Constitution the Left is claiming to defend.

Today, the Democrats are refusing to confirm Supreme Court nominee Brett Kavanaugh because he is a staunch conservative who threatens the hallowed “balance” on the Supreme Court. Such a balance has been created, mind you, not by Democrat-appointed justices becoming more conservative, but entirely by Republican-appointed justices drifting more to the Left. And, such a “balance” on the Court is not a constitutional requirement.

Trump has threatened the Left’s vice-grip on power. To make matters worse its adherents, Trump is actually fulfilling his campaign promises to the Right-wing base — something that few Republican presidents in the modern age have managed to do. That’s a double-threat to America’s Leftist oligarchy.

Thus, the Democrats love the Constitution and America’s institutions the way that a serial killer loves the bodies of his victims. The Republicans should confirm Brett Kavanaugh forthwith. Enough is enough. Either the Republicans won in 2016 or they didn’t. Waiting for the Democrats to simply give up on their claims — to give up on their mad dash for absolute power — would be like expecting Hannibal Lecter not to eat his victims. It’s in their nature. The only thing the Right can do now is to fight back or be made into a permanent political minority.