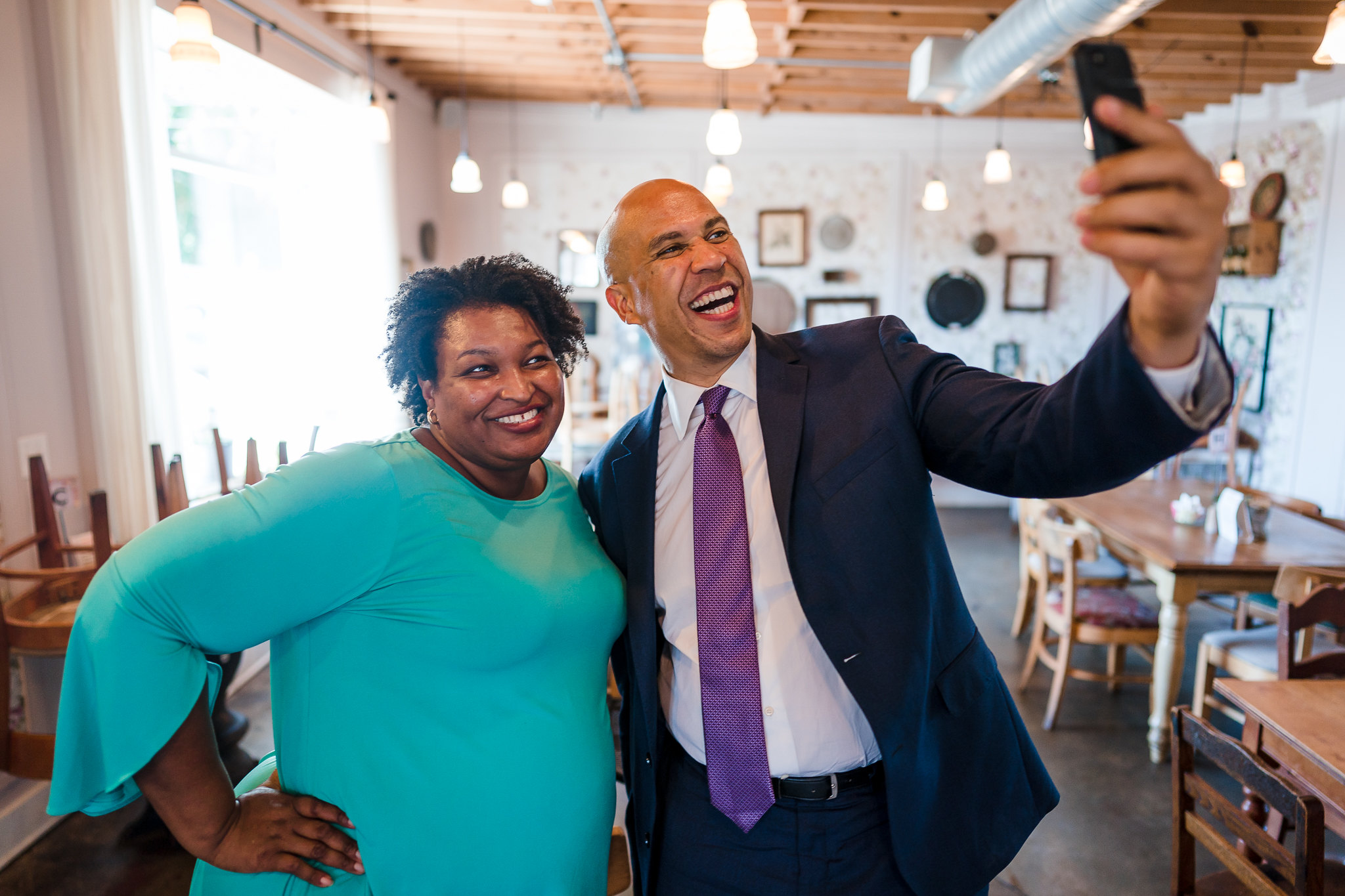 The sound and fury with which the Democrats, the legacy media, and virtue-signaling CEOs greeted Georgia’s new election integrity statute has inevitably included portentous accusations of voter suppression. Peach State Republicans, we are told, are part of a multi-state GOP conspiracy to disfranchise minority voters by restricting ballot access. The plot involves such horrors as requiring everyone to provide identification when they vote and compelling them to cast ballots in their own precincts. Combined with such outrages as fixed time frames for returning mail-in votes, coherent rules for securing ballot drop boxes, and removal of dead people from voter rolls, these laws allegedly portend the return of Jim Crow.

The Jim Crow canard, however, doesn’t work for this particular conspiracy theory. According to the “nonpartisan” Brennan Center for Justice, “As of March 24, legislators have introduced 361 bills with restrictive provisions in 47 states. That’s 108 more than the 253 restrictive bills tallied as of February 19, 2021.” It is also 36 more states than the 11 that made up the Confederacy and subsequently imposed Jim Crow laws. About three-quarters of the states considering the “restrictive” election laws listed by the Brennan Center can’t possibly be associated with the Old South by anyone remotely literate in American history. So, if it isn’t about Jim Crow, what’s going on? The New York Times parrots the party line:

Led by loyalists who embrace former President Donald J. Trump’s baseless claims of a stolen election, Republicans in state legislatures nationwide are mounting extraordinary efforts to change the rules of voting and representation … At the top of those efforts is a slew of bills raising new barriers to casting votes, particularly the mail ballots that Democrats flocked to in the 2020 election. But other measures go well beyond that, including tweaking Electoral College and judicial election rules for the benefit of Republicans … and outlawing private donations that provide resources for administering elections.

This is the “Big Lie” narrative. It portrays former President Trump as Svengali and Republican legislators as mindless zombies completely in his thrall. It also discounts any claim that election laws were violated in swing states during the 2020 election. This ignores recent rulings by state courts that Democratic officials broke election laws. In March, for example, a Michigan court ruled that Secretary of State Jocelyn Benson (D) broke the law by issuing arbitrary absentee ballot rules before the election. Likewise, the Wisconsin Supreme Court ruled that Gov. Tony Evers (D) violated state law with his executive order allowing all Wisconsin voters to obtain absentee ballots without providing identification.

According to the “Big Lie” narrative, these violations of election laws — and others that have been studiously under-reported — don’t constitute valid reasons for state legislatures to alter their election laws. Never mind that the Constitution stipulates, “The Times, Places and Manner of holding Elections for Senators and Representatives, shall be prescribed in each State by the Legislature thereof.” A new Reuters/Ipsos poll found that 55 percent of Republicans view the outcome of the 2020 election as the result of illegal voting. These voters expect their state legislatures to take action. The Left is already screaming “Suppression!” Yet nonvoters rarely cite suppression as a reason for not voting, according to a Politico report:

That was the surprising finding of a sweeping new study released Wednesday by the Knight Foundation.… Only 8 percent said they don’t vote because they don’t know how or it’s too complicated. Only 3 percent of nonvoters said a more convenient process to register would motivate them to vote in more elections.… Structural issues such as voter ID laws and difficulty accessing polling places didn’t come up enough to even be marked in the Knight survey results. In fact, 89 percent of voters, 76 percent of nonvoters and 69 percent of young people aged 18-24 found voting either very or somewhat easy.

But wait a minute — what about Stacey Abrams? Isn’t she the rightful governor of Georgia? Various Democratic luminaries, including Vice President Kamala Harris, failed presidential candidate Hillary Clinton, and Sen. Cory Booker (D-N.J.), have declared Abrams the legitimate winner of the 2018 Georgia gubernatorial race. Politifact looked into that claim and concluded, “We previously found it isn’t possible to prove if any election law or policy in Georgia cost Abrams her narrow [55,000 vote] loss to Republican Brian Kemp.… Skeptics of claims about voter suppression point out that Georgia had record turnout.” Abrams has been dining out for more than two years on her 2018 loss. Voter suppression has been good to her.

Nonetheless, there really isn’t any objective data to support the claim that there is any real substance to the voter suppression narrative that has now become a mainstay of Democratic talking points, portentous media reports, and the moral posturing of corporate CEOs. Nor are the voters listening. The latest Rasmussen survey, released on April 13, found the following: “Most voters say it’s more important to prevent cheating in elections than to make it easier to vote and, by more than a two-to-one margin, they reject claims that voter ID laws are discriminatory.” The voter suppression swindle is a flop. Voters aren’t dumb enough to fall for historically illiterate allusions to Jim Crow. They just want honest elections.