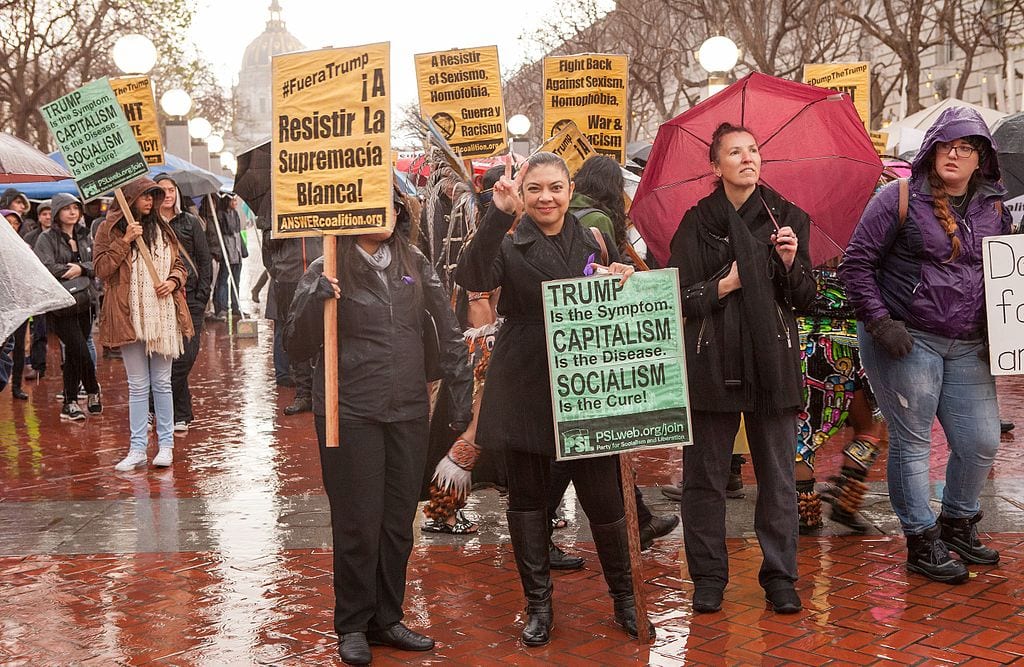 Be afraid. Be very afraid.

Last week, the Washington Post ran an opinion piece by Elizabeth Bruenig entitled “It’s time to give socialism a try.”

While such an outlandish idea isn’t necessarily out of place on the Opinion page of the Post (or even in the thick of its news for that matter), Bruenig’s casual suggestion that we simply upend the very foundation of America is indicative of socialism’s increasing normalization among millennials and disenchanted baby boomers.

Given the fact that millennials will soon be America’s largest voting bloc, such flirtations with an economic system wholly antithetical to the founding vision of America are cause for alarm.

What was once a political four-letter word in this country is slowly but surely becoming a mainstream perspective through which to view the world and, more importantly, America’s place in it.

Leftists’ groupthink in universities and the surging popularity of socialist politicians such as Bernie Sanders and Elizabeth Warren are nudging socialism toward political orthodoxy — consider the Democratic Party’s recent hard left turn, which all but ensures socialism’s place on the platform of a major American political party.

In fact, the only thing standing in the way of Bruenig’s suggestion may be the Presidency of Donald Trump.

That’s right, Number 45 could be our last hope in preserving an America modeled on the rugged individualism that molded it into the greatest country in the history of the world, rather than on the modern redistributive policies of the most progressive parts of Europe.

Should Trump succeed, the idea of socialism in the American mainstream may well be vanquished forever, or at least long enough for me to die happy; should he fail, however, the capitalism that made Western values the envy of the world may well go the way of the Dodo.

Much of Bruenig’s thesis seems to center on the fact that while capitalism was critical to post-World War II growth, the world has evolved. And left capitalism’s usefulness as a force for good behind.

Contemporary supporters of liberalism are often subject, I think to… the idea, explicitly stated or not, that the end of the Cold War really signaled the end of history, and that we can only look forward to the unceasing rise of Western-style liberal-democratic capitalism.

While Bruenig may one day be proven correct, a few decades is a pretty small window for such a radical economic paradigm shift. And besides, thus far Trump’s presidency has proven that capitalism remains the best avenue for achieving the very ideas, such as upward mobility and wealth equality, that liberals claim to champion.

Judging from her pictures I can only assume Bruenig herself is a millennial, and millennials, far removed from the Soviet breadlines of the eighties, are more likely to associate capitalism with the massive global recession in 2008; demonstrating its enormous potential for prosperity may be our only hope of steering them toward the same “with age comes conservatism” path followed by their parents and grandparents.

Consider the record low black, and near-record low Hispanic, unemployment rates. While these metrics have been falling for some time, Trump’s rapid deregulation and massive tax cut have created a business-friendly environment that promises continued growth, and continued minority success, well into the future.

Even better, the wage stagnation that has haunted American workers for decades may soon be a thing of the past. According to the Employment Cost Index, salaries and benefits for American workers grew at 2.6 percent in Trump’s first year, which ties for the best year since 2007.

And these increases are trickling down to the left’s favorite demographic: blue collar workers. Per the Economist last year:

In the year to the third quarter, wage and salary growth for the likes of factory workers, builders and drivers easily outstripped that for professionals and managers. In some cases, blue-collar pay growth now exceeds 4%.

Should American workers, particularly the most vulnerable, continue to prosper, their affinity for a state that wants to grab more of that prosperity for itself will decline proportionally. In other words, the socialist strategy of pitting citizens against one another in the name of economic equality is likely to play poorly when everyone is making money.

Even if the economy goes south, however, there is still one last line of defense: the Supreme Court. For socialism doesn’t operate in a vacuum; rather it brings with it a whole host of values and ideals, such as extreme secularism and reduced nationalism, in stark contrast to those of traditional America.

And the fight for these values will, at least occasionally, take place in the highest court of the land.

As it stands, there are currently four Supreme Court justices that could be replaced under Trump. Kennedy and Thomas could choose to go out under a Republican President in hopes of being replaced by like-minded justices, and Ginsburg and Breyer are getting up in years (should Trump be reelected in 2020 he would almost certainly be granted the opportunity to replace both of them).

In a court that is fairly split, replacing two of the more liberal justices with two who lean more conservative would have massive ramifications across America’s cultural, political, and economic landscapes for decades to come. On the flip side of that coin, however, lies Bruenig’s suggestion.

And the same can be said for the rest of my argument. Should the economy tank badly enough, or should Trump succumb to political scandal, real or manufactured, there is a significant chance that the only other major party in the country could regain power no matter how asinine its policies. And with that prospect I urge Bruenig and her ilk to be careful what they wish for.

“Capitalism seems to be at odds with the harmonious, peaceful, stable liberalism of midcentury dreams,” wrote Bruenig.

Well, Liz, you should have seen the world before it.