Loose Canons,Top Story Devin Nunes,Donald Trump,John Brennan,Politics,Steele Dossier Trump Let the Dogs Out - The American Spectator | USA News and Politics
Menu
Loose Canons
Trump Let the Dogs Out
Those responsible for the coup attempt against the president can run but they can no longer hide.
by Jed Babbin
Best Dog Photo/Shutterstock.com 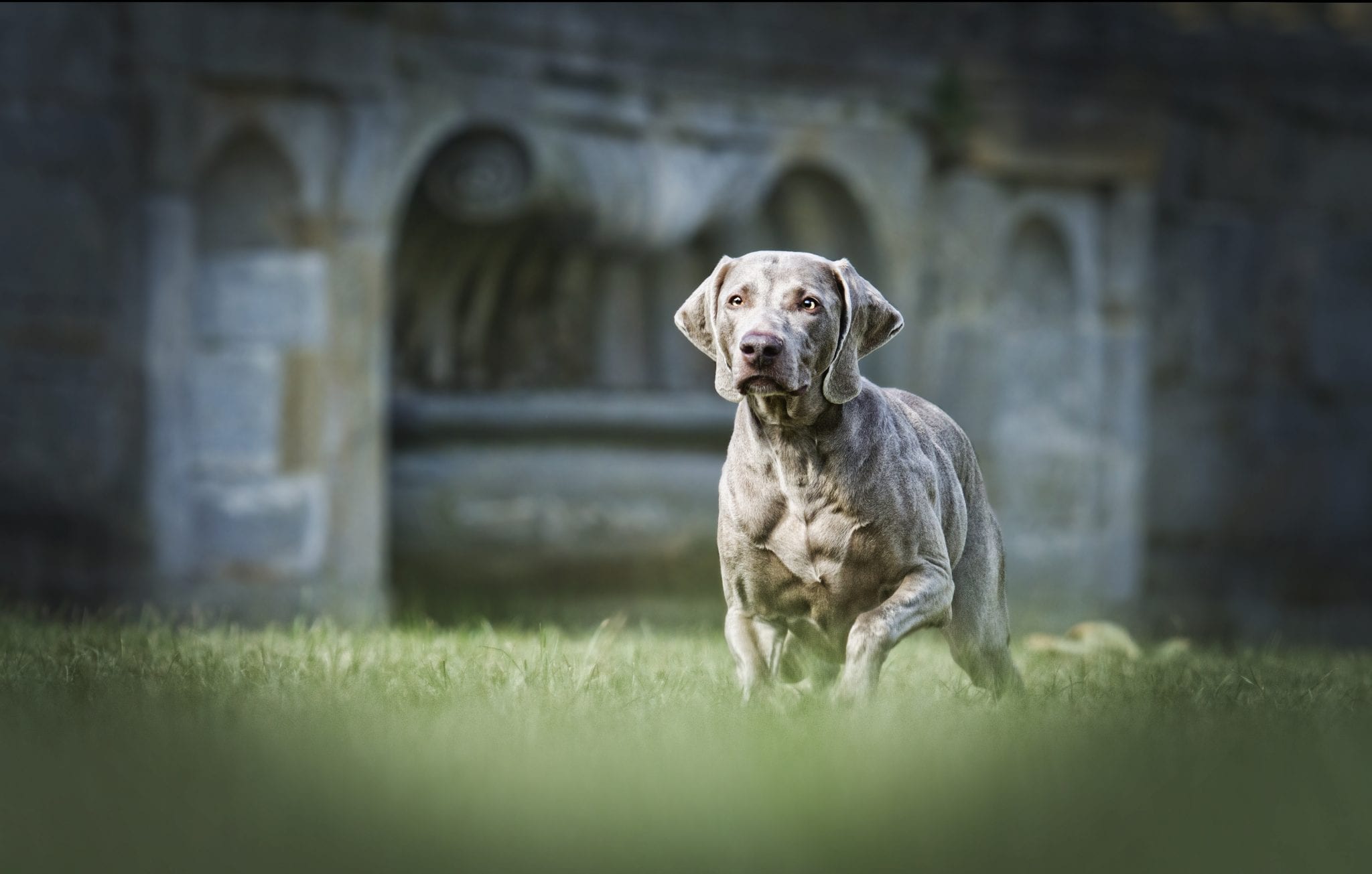 The Democrats, stumbling down the road to impeachment, were stunned by President Trump’s executive order on Thursday.

The order is in two parts. First, it directs the intelligence agencies to cooperate with Attorney General William Barr’s investigation into the origins of the Trump-Russia counterintelligence investigation that was the vehicle used to spy on candidate Trump’s campaign and President Trump’s administration when it was new.

The second part of the order delegates to Barr the president’s authority to declassify — or reduce the level of classification of — anything that the intelligence agencies will give him.

Leaving on his trip to Japan on Friday, Trump said “We want to be very transparent, so as you know, I declassified everything. We are exposing everything.” He specifically mentioned that Barr would be looking at the involvement of several nations including the UK, Australia, and Ukraine.

Trump let the dogs out. The necessity for this action has been comprehensively clear for more than a year, and I have been advocating it for that long.

While he was chairman of the House Permanent Select Committee on Intelligence, Rep. Devin Nunes tried to get the FBI to testify truthfully and provide him the documents that show how it abused its law enforcement powers to investigate Trump. Nunes’s January 2018 memorandum — of which the FBI fought declassification as long as it could — revealed enormous abuses of power by the FBI in seeking and obtaining — on false grounds — surveillance warrants under the Foreign Intelligence Surveillance Act from the FISA Court.

As I wrote last year (here and here), Nunes demonstrated that what the FBI did in the Trump investigation was worse than Watergate. Nunes also demonstrated conclusively that nothing other than a presidential order to declassify the documents and testimony the FBI was concealing could overcome the FBI’s stonewalling.

The resignation of Attorney General Sessions who had turned over supervision of the “Russia collusion” investigation to Deputy AG Rod Rosenstein, and the confirmation of AG William Barr to his job, solved that problem. Rosenstein, who had discussed wearing a recording device for his conversations with President Trump and possibly removing him using the 25th Amendment, unsurprisingly never insisted that the FBI give Nunes what he needed. Barr’s accession to the AG’s post made him boss of the FBI and able to obtain anything it has. The FBI can’t stonewall Barr.

But the intelligence community can, or at least could, until Trump’s Thursday order.

Predictably, the people who are at greatest risk of exposure and danger of indictment erupted at Trump’s order. For example, Obama’s CIA chief, John Brennan, told an interviewer,“I see it as a very, very serious and outrageous move on the part of Mr. Trump, once again, trampling on the statutory authorities of the Director of National Intelligence and the heads of the independent intelligence agencies.” Brennan continued: “And it’s unclear to me what Mr. Barr is actually going to do. Is he investigating a crime? Well, what’s the predication of that crime? Or he is just going to be looking for information… that Mr. Trump can just give to his defenders on the right and cherry-pick information that could be taken out of context?”

That’s pretty rich coming from one of the coup plotters who must have personally approved if not instigated the counterintelligence investigation of Trump and his team. Their whole exercise — not Barr’s — was searching for a crime in the manner of Stalin’s secret police chief Lavrenti Beria who once said, “Show me the man and I’ll show you the crime.”

Brennan and his fellow plotters chose a counterintelligence investigation because it could be kept secret and because there was no evidence of a crime, only the unverified Steele Dossier created by the Clinton campaign. And when that investigation came up dry, then-FBI director James Comey, as he admitted, sent two memos about Trump’s supposed misdeeds to a friend for the express purposes that they would be leaked to the New York Times and cause the appointment of a special counsel. Rosenstein appointed Robert Mueller, one of Comey’s closest personal friends, to be special counsel investigating Trump’s supposed collusion with the Russians.

Just how many Jim Comeys, Peter Strzoks, John Brennans, and Jim Clappers are still employed by the CIA, NSA, and other intelligence agencies? Did Comey, Brennan, Clapper, and their teams of lawyers and spies break the law in their “counterintelligence” investigation — i.e., spying campaign — directed against candidate Donald Trump in the 2016 campaign and continuing through the first months of his presidency?

There are three investigations going on. The Department of Justice Inspector General, Michael Horowitz, is investigating the FBI’s actions as is U.S. Attorney for the District of Utah, John Huber. The IG investigation (which is limited in that it can only question current DoJ employees, not those such as Comey who are no longer employed by the FBI) is reportedly about finished. Horowitz’s report is expected next month. Huber’s investigation is not limited in that manner. However, Huber has been so silent about his investigation that we don’t know what he has accomplished if anything.

The third investigation is apparently focused on the intelligence agencies. It reportedly began about two months ago under John Durham, the U.S. Attorney for the District of Connecticut.

Trump’s order was probably issued because Durham — acting under Barr’s authority as AG — met severe resistance to any request for specific intelligence information from the intel agencies. Trump’s appointees (CIA Director Gina Haspel, DNI Dan Coats, and NSA Director Gen. Paul Nakasone) should cooperate with Barr. But they — and the Obama sympathizers who work for them — will be no more cooperative with Barr than the FBI was with Nunes.

The CIA and NSA may have a lot to hide.

Intelligence works in a lot of odd ways. It crosses national boundaries regularly at light speed. The “Five Eyes” program, which enables us and several key allies — Canada, Australia, the UK, and New Zealand — to share intelligence, may have been one of the vehicles that Hillary Clinton’s campaign used to produce and market its false narrative about Trump.

When the Clinton campaign paid for and then began marketing the “Steele Dossier” — the “intelligence information” created by former MI6 spy Christopher Steele — about six people offered it to the FBI. It contained a lot of anonymous allegations (some salacious) of misconduct by Trump which were never verified. There is every reason to suspect that Steele also offered it to the CIA, the NSA, and other intelligence agencies because of his MI6 pedigree. (Sir Richard Dearlove, who headed MI6 from 1999 to 2004, reportedly said that Steele was the “go to person” on Russian matters especially as they reported on the commercial side of affairs.)

The Steele’s dossier found its way to the CIA or NSA. Did they, through “Five Eyes,” share it with MI6 and our other English-speaking intelligence partners?

One of my best friends from Air Force days had an odd way of having fun. He’d start a rumor just to see how long it took for it to be repeated back to him. Did the CIA or NSA share the Steele Dossier with “Five Eyes” as a means of creating a reliability pedigree for it? Did Dearlove or other foreign intelligence officials give Steele credibility and thus create a pedigree for his Dossier?

We know that part of the spying campaign took place in England. A woman working for the FBI as an undercover informant, Azra Turk posing as an assistant to Stefan Halper, an American professor at Cambridge University, met with George Papadopoulos, a minor advisor to the Trump campaign, at a London bar in 2016. She asked Papadopoulos if the Trump campaign was working covertly with the Russian government. What else did the FBI do in England and other countries to peddle that theory? Halper was probably also working for the FBI or the CIA.

We’ll probably never know despite the president’s order. The nations whose intelligence involvement could be revealed will do everything they can to pressure Trump to not reveal their involvement. Moreover, the CIA and NSA will kick and scream and resist every request Barr and Durham make for any intelligence information.

Barr’s investigations may even affect the 2020 election. For example, it’s inconceivable that the FBI under Comey and the CIA under Brennan would have conducted the spying campaign against Trump without either the specific approval or at least knowing acquiescence of Obama himself. It’s more than likely that then-vice president Joe Biden also knew. Biden’s involvement, if shown, could lose the election for him if he became the Democrats’ nominee.

Barr’s investigations may — and probably should — result in indictments of former FBI officials as well as former and current members of the intelligence community. Regardless of whether it does, Barr’s investigations will finally reveal what the public deserves to know about the abuses of power the FBI, CIA, and other intelligence agencies committed in the attempted coup against a fairly-elected president.