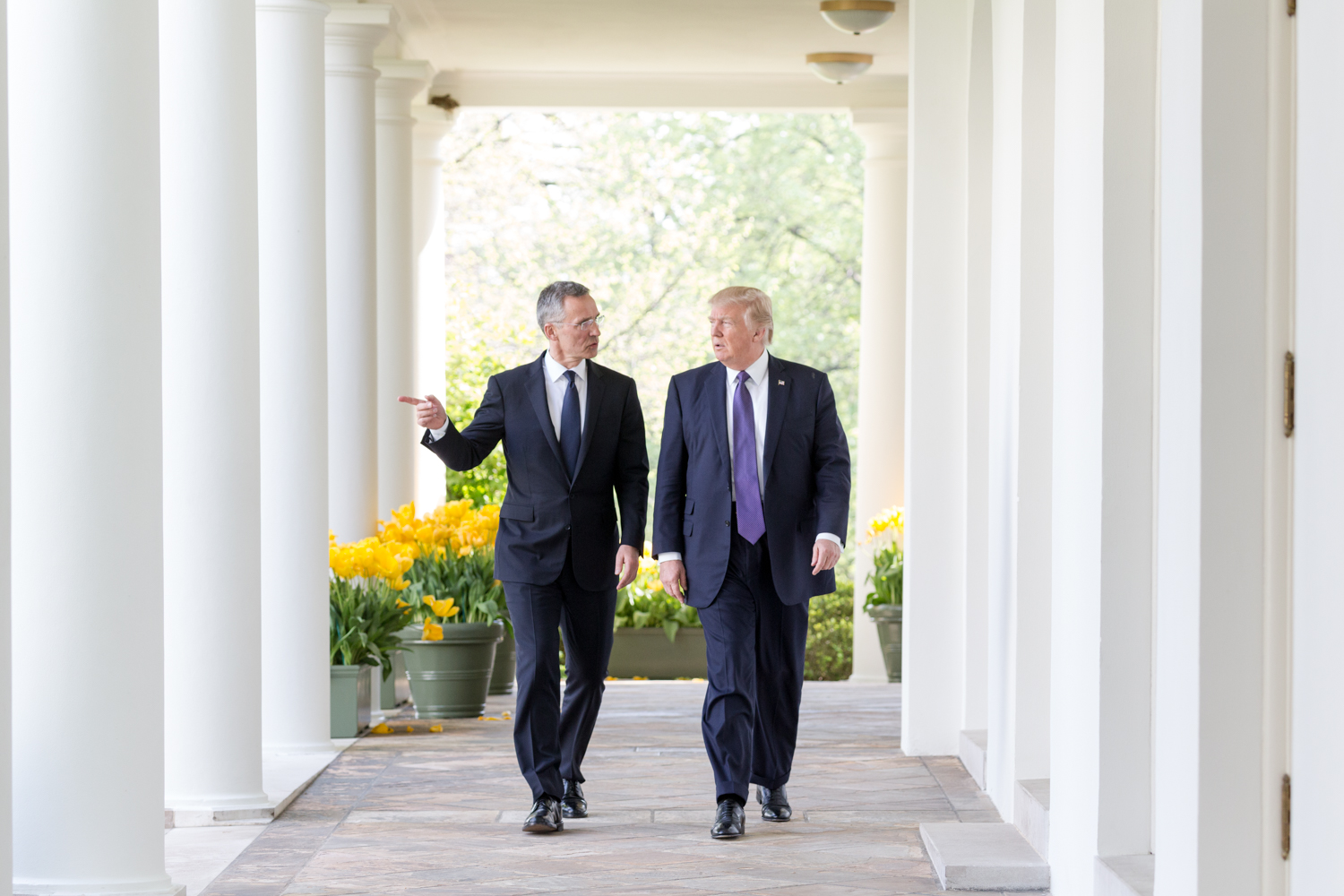 Donald Trump is usually a repository of common sense. But on matters related to “gay rights,” he is hopelessly unmoored from common sense. Trump’s support for that appalling movement, which is so destructive to the country, at a recent Log Cabin Republicans’ gala held at his Mar-a-Lago estate is completely indefensible.

The gross propaganda to which Trump offered inane homage strikes at the roots of a country’s strength, namely, the first form of government — the two-parent family that God placed at the center of his plan for humanity. God, not man, is the measure of morality, and he expressed clearly in the design of the human body and the difference between men and women that “gay rights” are a lying fiction that corrupts children and weakens a nation. Has Trump not been paying attention for the last five decades? The “gay rights” movement has been a disaster for the traditional family and children, exposing many of them to the implicit child abuse of “gay adoption” and increasingly hubristic “IVF” experiments. The “gay rights” movement has not made America great again. Rather, it has made America weak and depraved and has led to the abomination of transgenderism.

Trump needs to think more and talk less and crack open the philosophical works of Aristotle and Thomas Aquinas, who recognized the depravity of homosexuality and its baneful influence on the common good. A “conservatism” that fails to see the centrality of the traditional family to the common good and fosters respect for a lifestyle that is utterly destructive of the family and the moral health of children is worthless.

Pull your head out of your ass, Mr. Trump, and defend the natural moral law, which is essential to the strength and longevity of a country. The Log Cabin Republicans are just a bunch of degenerates with fat wallets. Do you really need their money this badly, Mr. President? Your greed is pathetic. And I say this as someone who voted for you twice and sees you as an immensely amusing and, at times, admirable American original. Hell, I will probably vote for you again and may even vote for you against Ron DeSantis, should he choose to run. As a friend of mine put it to me, “DeSantis is not an upgrade on Trump on gay issues.” In other words, DeSantis is just as unsound on those issues as Trump. In fact, DeSantis began his run for governor by pooh-poohing the “bathroom wars.” Social conservatives, recall, supported his primary opponent. After he squeaked out his gubernatorial victory, he suddenly saw the value of the bathroom wars. But his opposition to the LGBTQ movement is restricted to the “T” in that tiresome acronym, and even on the issue of transgenderism his disdain only applies to its imposition on children, not adults.

Yet even DeSantis, who is a mediocre retail politician at best, has the sense to keep his distance from frivolous Republicans who want to turn the GOP into the Gay Old Party. Trump has heedlessly seconded this movement, and, if it succeeds in dominating the party, America will be subject to two equally immoral parties spewing nonsense about sexuality and, thereby, creating a culture that renders any national greatness impossible.

No doubt the philosophically shallow Trump would scoff at this view and counsel me that I am too uptight. But that is simply not true: Opposition to the LGBTQ movement is not idle and pompous morality but an essential defense of Judeo-Christian civilization and the preservation of religious liberty. An LGBTQ America is a godless America in which Christians are treated as the worst, not the best, citizens in the country. Look back on the last days of the decadent Roman Empire, and you can see the civilizational oblivion where that perverse, upside-down culture leads.

By the way, I have been pretty hard on Ronna McDaniel, hoping that she will lose the race for Republican National Committee chair. Perhaps that was a waste of my time. I have heard that her challenger, Harmeet Dhillon, a San Francisco–based attorney, is lousy on gay issues too. According to a GOP source, she is not as reckless as McDaniel — Dhillon probably wouldn’t, like McDaniel, send out “Gay Pride Month” tweets — but, philosophically, she is basically in the same camp as McDaniel on gay issues. So does it really matter if she wins? Maybe, maybe not. On balance, she is better on issues across the board than McDaniel.

But to anybody hoping for a revived GOP willing to stand up to the Democratic culture of death and depravity, Trump’s hosting of the Log Cabin Republicans is depressing as hell. Kari Lake was also there, goofing off with outré rhetoric and naughty asides. How stupid, how shameful. Lake is a polished and talented politician, but if she can’t see that gay propaganda threatens the future of the country, she is not much of a conservative and, in the end, not even worth supporting. The last thing America needs are two parties echoing each other on woke nonsense about the gloriousness of a movement that has clearly been a civilizational cataclysm for America.

President Trump, you toppled Roe v. Wade and defended religious freedom during your term and did so in the face of intense persecution from the media and ruling class. Don’t throw that noble legacy away for the Log Cabin Republicans’ mess of pottage.

Don’t Blame Sam Brinton, They Did It

The Criminalization of Christianity in Finland