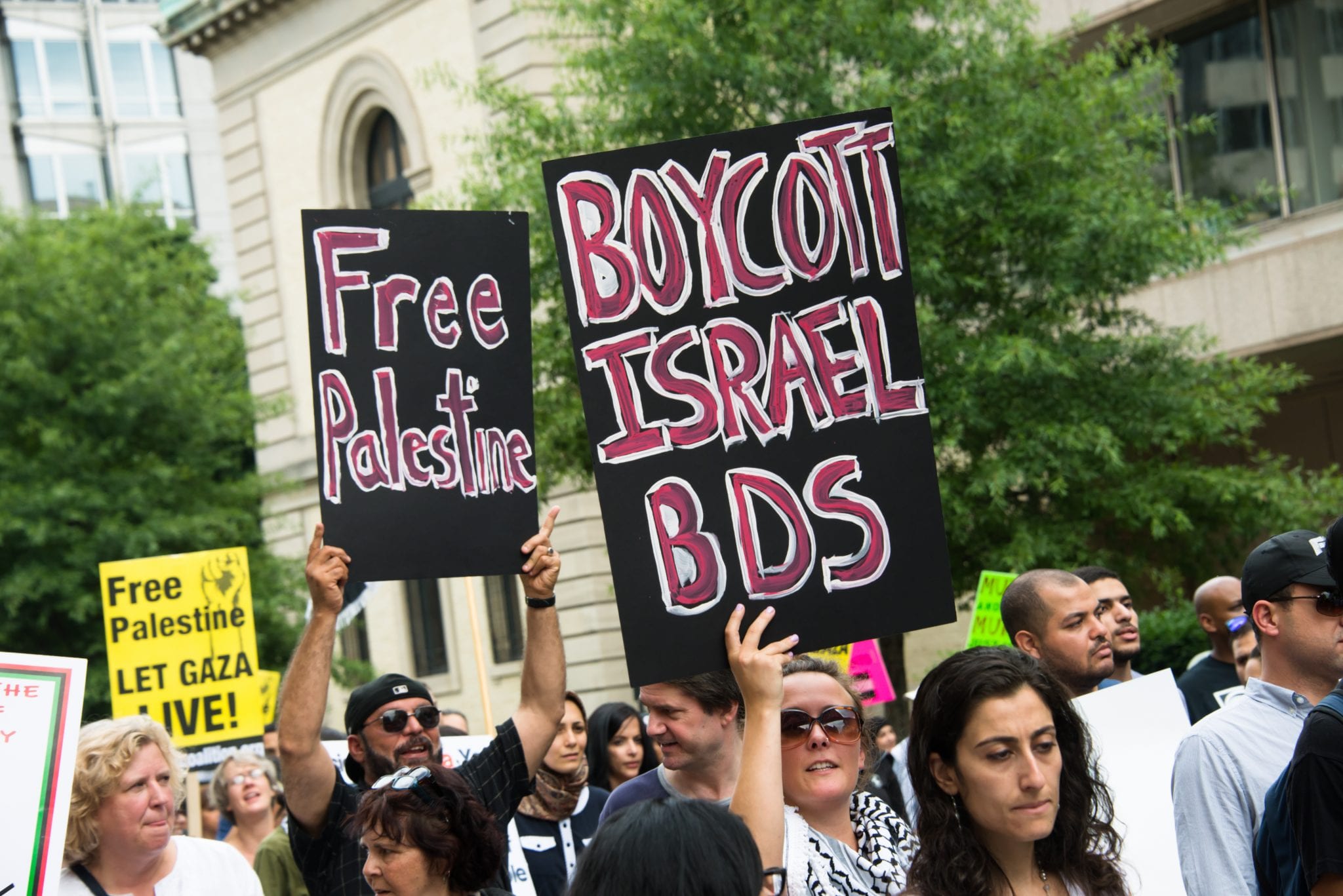 After 14 years of being lulled by propagandists into believing that their boycott, divestment, and sanctions campaign (BDS) is a human rights movement, we’re finally waking up to the deception.

The U.S. House last month overwhelmingly passed a bill opposing BDS efforts to target and delegitimize the State of Israel. Last February, the Senate passed a bill, never taken up by the House, legalizing the right of state governments and employee benefit plans to refuse to do business with companies boycotting Israel, thereby protecting the 27 states with anti-BDS legislation. Concerned about BDS similarity to Nazi boycotts and incitement of anti-Semitism becoming “the breeding ground for escalations to violence,” the German parliament recently passed a resolution declaring BDS anti-Semitic.

The Western world is acting, albeit slowly, to unmask BDS for what it is — a dangerous 21st-century iteration of the age-old scourge of Jew-hatred. Anti-Semitism is a mutating cancer, evolving and adapting, intent on destroying Jews in their host communities. Our State Department definition of modern-day anti-Semitism identifies expressions of hatred, including when disguised as Israel-bashing and anti-Zionism, the hallmarks of BDS.

The BDS movement was founded by left-wing socialists and Marxists in 2001 explicitly to undermine Israel’s sovereignty, skillfully exploiting the language of peace, justice, and human rights to appeal to Western audiences. Adopted by Palestinian extremists in 2005, BDS misleads civic and cultural organizations, governments, and individuals into believing that its goal is merely to establish a Palestinian state living peacefully beside a Jewish state. Using sophisticated subterfuge to hide its linkage to Palestinian terror groups, it obscures its extremist endgame — the destruction of Israel as the nation state of the Jewish people and the creation of yet another Arab-majority state.

People who should know better have bought into this “Big Lie,” conforming to their ideological predisposition and antipathies toward Israel, Jews, and the West. BDS founder Omar Barghouti calls for the destruction of Israel. He explained that a Jewish state “contravene[s] the basic rights of the land’s indigenous Palestinian population.… Ending the occupation doesn’t mean anything if it doesn’t mean upending the Jewish state itself.”

BDS is the latest version of a history of boycotting European Jews. Arabs boycotted Jews in the British Mandate of Palestine. The Arab League formalized this policy in 1945, three years before Israeli statehood.

By delegitimizing and demonizing Israel, BDS flagrantly crosses the line into pure anti-Semitism. Its supporters equate Israel with Nazi Germany and apartheid South Africa. By advocating the right of return of millions of Palestinians, it attacks the Jewish people’s right to self-determination. It targets Jewish students, intimidating, harassing, and physically threatening them.

New York Times writer Roger Cohen, a liberal critic of Israel, realizes that “Mellifluous talk of democracy and rights and justice masks the BDS objective that is nothing other than the end of the Jewish state.”

Israel has issued a report, “Terrorists in Suits,” providing detailed evidence of more than 100 links between BDS and Hamas and the Popular Front for the Liberation of Palestine (PLFP), both U.S.-designated terrorist organizations. More than 30 Hamas and PFLP operatives hold senior positions within BDS advocacy organizations. Known terrorists are invited to national conventions of BDS affiliates, radicalizing followers to view terror acts as legitimate resistance. “We believe that people under occupation, in international law, have a right to resist by any means, including violent means,” Barghouti said.

Victory against this sinister marketing campaign is not at all assured. Strong forces within the Democrat Party inhibit bipartisan support against BDS. Representatives Rashida Tlaib (D-Mich.), Ilan Omar (D-Minn.), champion of the first pro-BDS resolution in Congress, and others invoke America’s boycott of Nazi Germany and the civil rights movement in their support for BDS. Of the seven Democrat presidential candidates, only Amy Klobuchar (D-Minn.) supported the Senate anti-BDS legislation.

Congress must pass binding anti-BDS legislation, defining BDS as anti-Semitic, with penalties for engaging in discriminatory action against Jews. Title VI requirements must include the State Department’s definition of anti-Semitism to protect Jewish students just like blacks, gays, or other ethnic groups.

The BDS movement is “designed to make lies sound truthful and murder respectable,” to echo George Orwell. It cannot be tolerated. History demonstrates that Jews are the proverbial canary in the coal mine, and any country allowing anti-Semitism to flourish is one in which all freedom is imperiled.