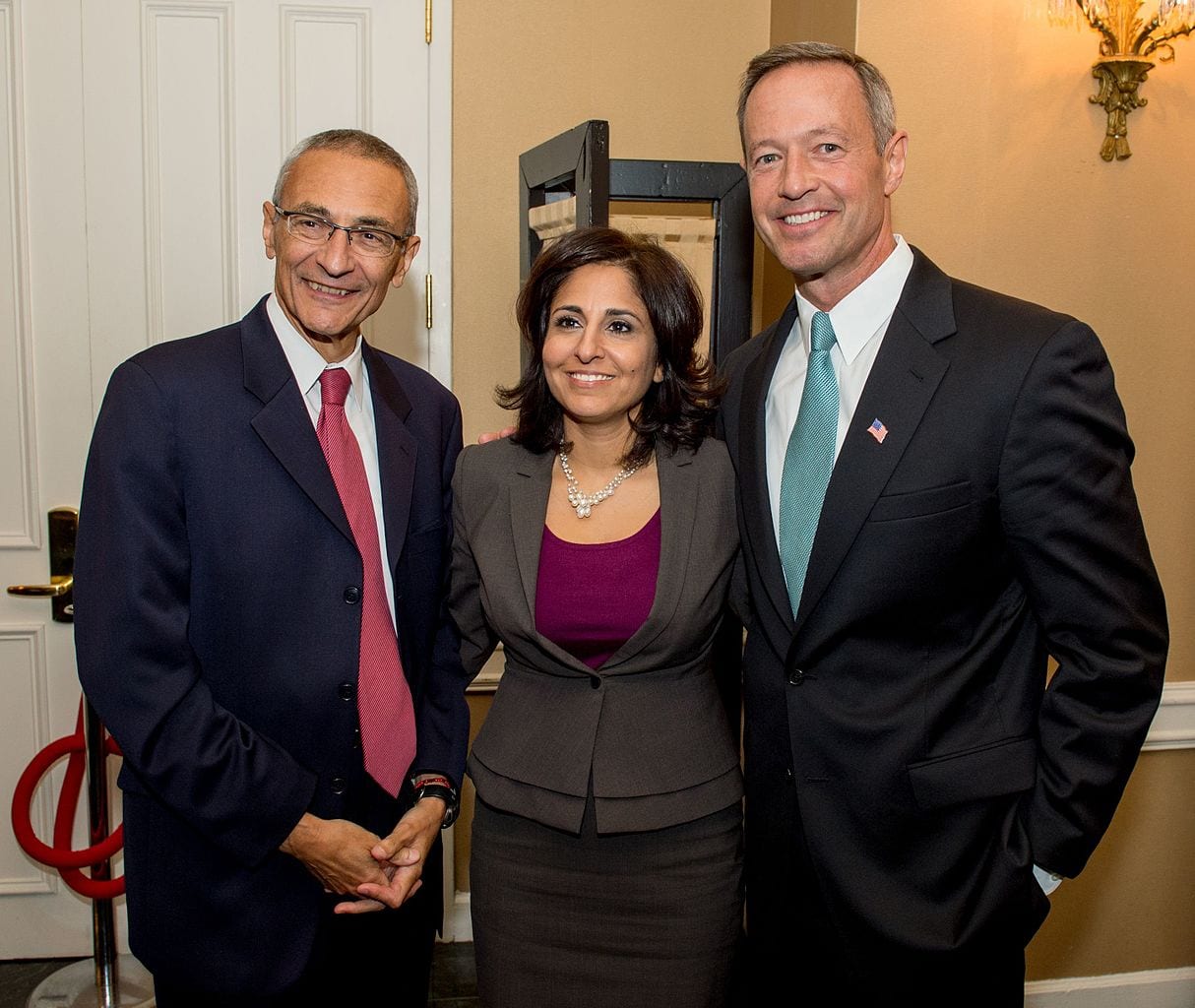 Visualize a national health care system that includes the following: “Newborns and individuals turning age 65 would be automatically enrolled.” Feeling a little uneasy, a little uncomfortable with that word “automatically”? Then you probably won’t like the latest progressive plan to tamper with our medical delivery system. Even as President Trump and congressional Republicans work to dismantle the last attempt to deprive you of your health care autonomy, the people from whom the Democrats get many of their worst policy ideas have concocted another scheme to lift the burden of freedom from your shoulders. It’s called, “Medicare Extra for All.”

This plan is a brainstorm of the Center for American Progress (CAP), an “independent, nonpartisan” think tank founded by longtime Clinton creature John Podesta. Yep, the same John Podesta whose ineptitude featured so prominently in the email scandal that contributed to Her Majesty’s defeat in 2016. CAP’s stroke of genius is to combine Medicaid and the individual insurance market under the aegis of Medicare Extra. In addition to eliminating the individual insurance market, it would dramatically expand the nation’s most dysfunctional government health care program. It would also reinstate the hated individual mandate — with a vengeance:

If you gave this excerpt only a cursory glance, it’s worth another perusal. Not only will insurance coverage be mandatory under this scheme, it doesn’t fiddle around with nickel-and-dime fines, like the Obamacare tax-penalty that many simply ignored or escaped through various exemptions. If this plan becomes law, as it will if the voters are foolish enough to give the Democrats control of Congress and the White House again, the IRS will automatically collect premiums “through tax withholding.” In other words, the “extra” in the name of this plan refers to the amount of pressure the government would apply to ensure your submission to its will.

What about costs? If we have learned nothing else from Obamacare, it is that federally mandated health coverage with a one-size-fits-all package of government-approved benefits does not come cheap. Nonetheless, ignoring P.J. O’Rourke’s famous maxim about the high cost of “free” health care, the authors of the CAP plan have by no means been reticent about the use of the seductive “F” word: “Medicare Extra would provide comprehensive benefits, including free preventive care, free treatment for chronic disease, and free generic drugs.” But, like Obamacare, the plan requires you to pay for all of the following benefits whether you want them or need them:

The result of imposing such a rigid list of benefit mandates is, of course, precisely what rendered the Obamacare plans so costly. How, then, will Medicare Extra defy the laws of economics when it proved impossible in the case of the “Affordable Care Act”? As with all such top-down, centrally-controlled medical delivery systems, the CAP plan envisions the imposition and enforcement of government price controls. Based on the myth that the high cost of health care is driven by provider skullduggery — particularly hospital systems that crush competition in the manner of Nineteenth Century robber barons — the plan will cut provider payments:

Developed countries are able to guarantee universal coverage while spending much less than the United States because their systems use leverage to constrain prices. In the United States, adopting Medicare’s pricing structure — even at levels that restrain prices by less than European systems — is an essential part of financing universal coverage.… To lower both the level and growth of health care costs, provider payment rates under Medicare Extra would reference current Medicare rates.

You will note that the authors of the CAP plan use the terms price and cost interchangeably. In reality, it’s impossible to control hospital costs by imposing Medicare rates (i.e. the price paid) because price and cost are two different things. The cost of treating a patient won’t be affected in any way if Medicare Extra bases its payment structure on Medicare rates. It will merely cause the hospital to receive less money. Medicare and Medicaid already pay less than cost (that’s cost, not charges), and it is already causing half of U.S. hospitals to lose money on patient care. Community hospitals are thus going out of business at a rate of about two per month.

Finally, as with every other universal coverage scheme, Medicare Extra will come with new taxes. Predictably, the authors of the plan pass lightly over that reality: “Medicare Extra would be financed by a combination of health care savings and tax revenue options.” Expect a lot more of the latter than the former. Just like Obamacare, the CAP plan is a hoax. It will be pimped by Democrats who couldn’t care less about universal health care. What they really want is your money, plus cradle to grave control over your life. That’s why Medicare Extra emphasizes automatic tax deductions to pay for a plan in which you will be automatically enrolled.