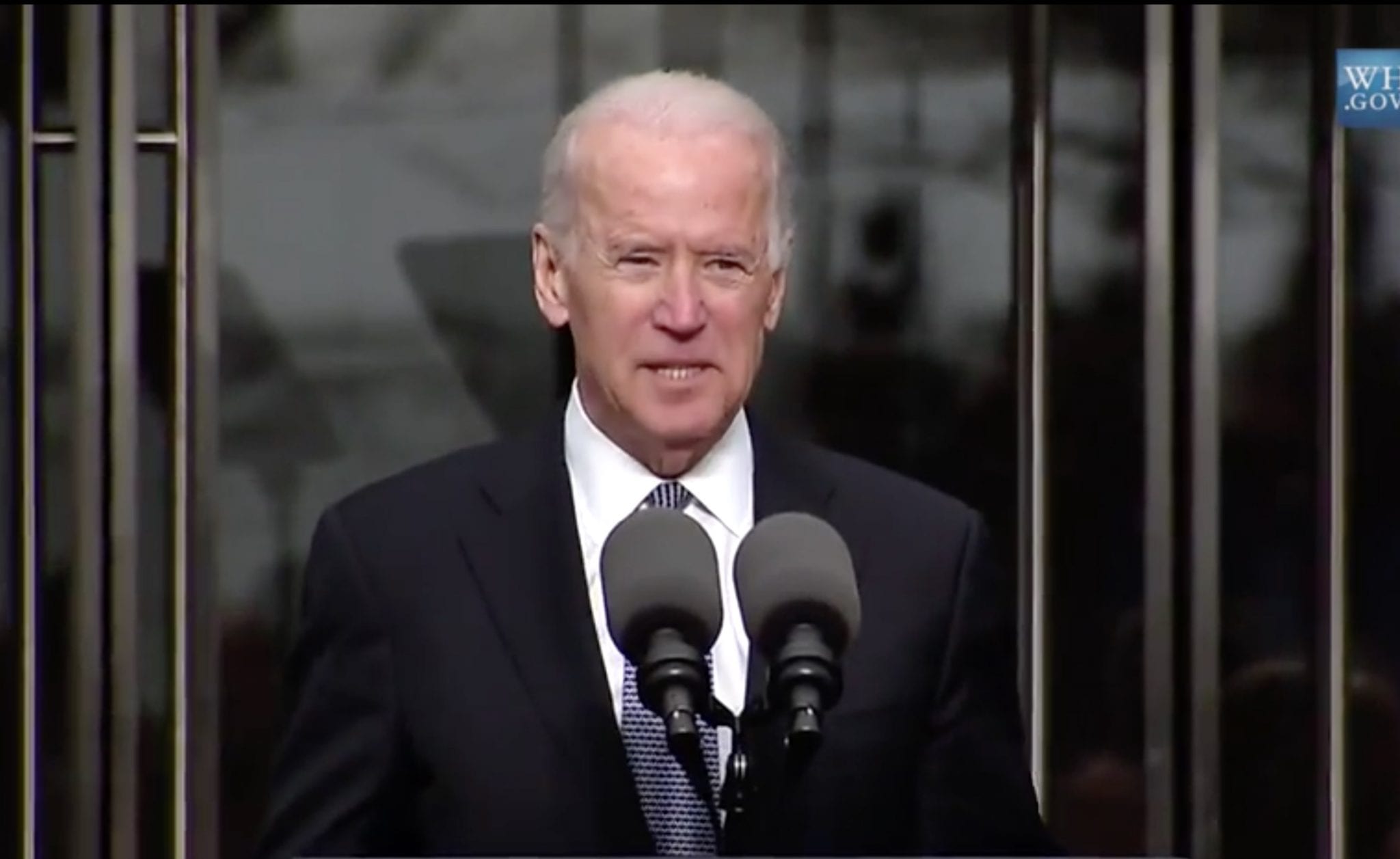 Whenever the media holds one of its marathon sessions of sanctimony, you can count on Joe Biden showing up to it. “I can’t explain it,” he gasps of the resignation of Rob Porter, the White House official accused of beating ex-wives. Sure, you can, Joe. Just ask your admitted wife-beating friend Tom Carper, the Delaware senator who has long enjoyed immunity under the Democratic Party’s one-free-slug rule. Remind us, Joe, when you called for Carper’s resignation. Remind us when you demanded the resignation of a senator who killed a woman, Ted Kennedy — or joined in calling for the removal from office of a president who raped a woman, Bill Clinton.

The media, of course, shares in the hypocritical buffoonery of Joe Biden. Lionizers of Ted Kennedy and apologists for Bill Clinton — not to mention bosom buddies to droves of journalists freshly accused of degrading women — have spent the last few days whipping themselves into a towering moral rage over the White House’s “protection” of Rob Porter. Take that world-class phony at MSNBC, John Heilemann, who holds himself out as a brilliant reporter while claiming that he never knew about his writing partner Mark Halperin’s disgusting treatment of women. If that is not a lie, Heilemann is the world’s dumbest “investigative” reporter. Yet there he sits on MSNBC’s innumerable smug panels chortling over the moral “blindness” of this White House.

Is it any blinder than the colleagues of Charlie Rose, Matt Lauer, and the raft of goats over at PBS and NPR? The media’s glass house couldn’t be any larger. But its stones keep flying. The moralizing, if anything, grows more fanatically intense, as the media sees a chance to crush the White House under the cultural weight of the “Me Too” movement.

The wall-to-wall coverage of a White House official few Americans have even heard of can only be explained by the media’s deranged anti-Trump opportunism. Because John Kelly isn’t policing Trump as they like and because Kelly is more conservative than they expected, journalists are using this episode to savage him. Because Hope Hicks is an “enabler” of Trump, female pundits, who feign enormous sensitivity to the struggles of women in the workplace, gossip about her dating life under the guise of fretting over a “conflict of interest” — the same pundits who see no conflict of interest in the Steele dossier.

CNN has been holding feverish discussions about the cloud of “blackmail” that hung over Porter. This is the same network that serves in effect as PR agents for the blackmailable FBI lovers Peter Strzok and Lisa Page. On Thursday, CNN was working overtime to debunk concerns about their texts, citing nothing more than anonymous sources passed off as experts on their meaning. Wow, what rigorous, convincing reporting.

CNN declares dogmatically that the Strzok-Page text about Obama wanting to know “everything” about an unnamed investigation has been “taken out of context.” How do we know? Well, because people “familiar with the matter” say so. That certainly settles it. No need to look at it anymore. Still not convinced? Then look at this slam-dunk corroboration, via CNN.com: “A person familiar with Strzok’s thinking reiterating this account, telling CNN that the text referred to Obama’s broader interests in issues of potential Russian interference in the election more generally. The idea that Obama was micromanaging the FBI’s investigation does not match reality, the person said.”

CNN subscribes to the Christopher Steele school of corroboration: make one source look like two. Who is more familiar with Strzok’s thinking than Strzok himself or someone acting as his stooge? And who has the strongest motive to spin the text as harmless than the FBI agent who started up a probe into the Trump campaign two months before that text? Is the source so intimately “familiar” with Strzok’s thinking Strzok himself? Don’t put it past CNN. All of its “reporting” has collapsed into anti-Trump propaganda at this point.

Finally, to anyone who remembers the first years of the Bill Clinton administration one has to laugh at CNN pundits rending their garments over Porter’s lack of a “security clearance” given all the checkered Clinton alumni — some of whom pop up on the network —  who turned working without one into an art form.