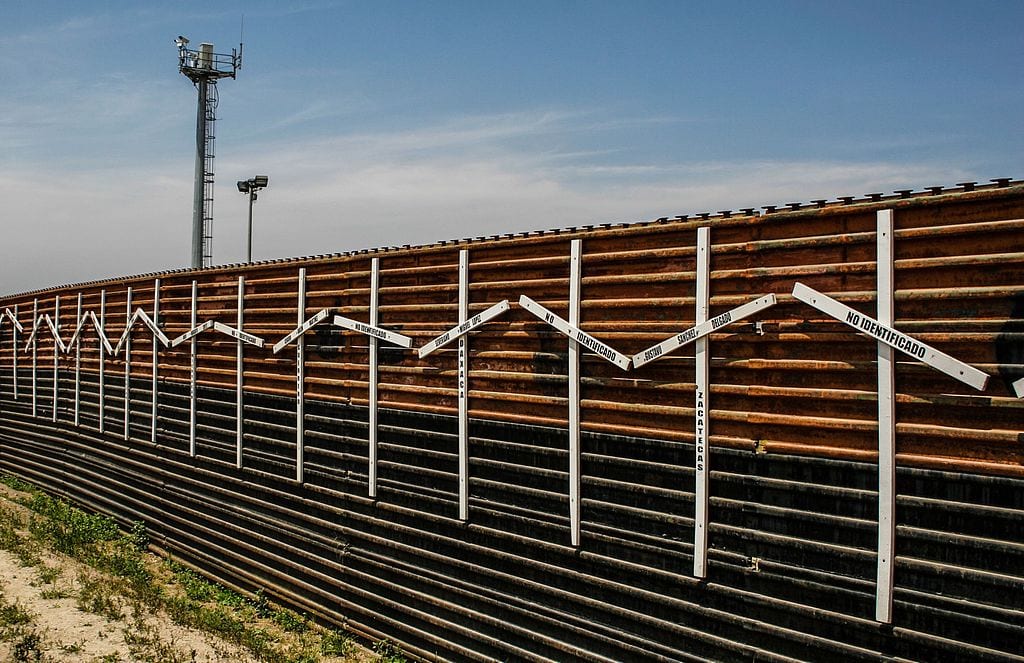 The most objective piece of writing on illegal immigration to emerge from the legacy media last week appeared under the title, “If We Want to End the Border Crisis, It’s Time to Give Trump His Wall.” It was penned by Andrew Sullivan, of all people, yet he admitted something few progressives have really accepted: “He won the election. He is owed this.” Sullivan’s regular readers will reflexively disagree, but his reasoning is irrefutable. So, most will have to revert to the “prohibitive cost” canard. In reality, the wall will easily pay for itself in savings to our health care system.

The cost of the border wall has been projected by numerous entities, and the estimates vary wildly. The Trump administration and the GOP congressional leadership have estimated its cost at $12 billion to $15 billion. Senate Democrats claim that the price tag would be $67 billion. The Department of Homeland Security (DHS) has projected the cost at $21.6 billion. Going with the Trump administration figure, the savings to our health care system should pay for the thing in a decade. Using the DHS figure, it will take far less time than a typical mortgage. Specifically, about 20 years.

This depends on what we pay for the health care we provide to illegal immigrants and how many will be stopped by the wall. Neither of these figures is easy to calculate, but it’s clear that most estimates we see in the media understate both. To hit the payoff goals noted above we would need to stop 500,000 people per year from illegally entering the country and eliminate an equal number from the Medicaid and Obamacare rolls. That would save $1.3 billion annually in medical costs. According to the Kaiser Family Foundation, we spend nearly twice that on illegal aliens for emergency Medicaid alone:

Federal law generally bars illegal immigrants from being covered by Medicaid. But a little-known part of the state-federal health insurance program for the poor has long paid about $2 billion a year for emergency treatment for a group of patients who, according to hospitals, mostly comprise illegal immigrants.

Most of this money pays for delivering babies when patients materialize in emergency rooms in active labor. Pursuant to the Emergency Medical Treatment and Active Labor Act (EMTALA), all hospitals must provide emergency medical treatment to all comers regardless of ability to pay or any other consideration. It is common for women of obviously foreign descent and no English to appear in ERs just as they are about to give birth. Hospitals cannot turn them away (and wouldn’t do so if they could). Medicaid retroactively covers them and pays some of the treatment costs.

Another potential source of health care savings that could go toward the wall is the taxpayer money that now goes to illegal immigrants, under the radar, pursuant to the skulduggery of state and local Democrats who deliberately circumvent the federal government’s ostensible ban on funding such medical services. In 2016, the Wall Street Journal reported that 80 percent of the counties with the highest number of illegal immigrants provide them “free” health care services, including surgery and prescription drugs. Extrapolated across the nation, this amounts to billions of dollars in care.

According to the Journal, illegal immigrants receive taxpayer-funded care in Los Angeles, CA (135,000), Santa Barbara, CA (54,000), Boston, MA (103,000), Queens County, NY (71,000), Montgomery County, MD (25,000), ad infinitum. And this is, to coin a phrase, just the tip of the iceberg. There is still the free care provided to uninsured illegals by physicians, and hospital cost-shifting. Christopher Conover writes in Forbes, that all of this added up to about $11.9 billion in medical care for unauthorized immigrants with no insurance coverage in 2016. He breaks it down thus:

This would cover the Trump administration estimate of the wall’s cost in a single year, which brings us back to the number of illegal immigrants it would thwart. Like the cost of the wall, the estimates we get on how many enter the U.S. illegally depends on whom you ask. The answer provided by the Center for Immigration Studies differs dramatically from the one we get from the Pew Research Center. The lure of sanctuary cities, the reluctance of the Obama administration to enforce the law, and the kind of chicanery revealed by the WSJ suggest that the figure is higher than reported.

But the problems with illegal immigration in general, and how much it costs our health care system in particular, aren’t practical. They’re political. One of our two major parties is for open borders and the other is (albeit tepidly) for controlling them. So, as Andrew Sullivan puts it, “The Democrats need to accept that they lost the last presidential election for a reason, and that their opponent’s main campaign pledge was to tackle illegal immigration.” They should heed Sullivan’s advice, and stop fighting President Trump (and the voters) on the wall. It will work and can be paid for with ease.