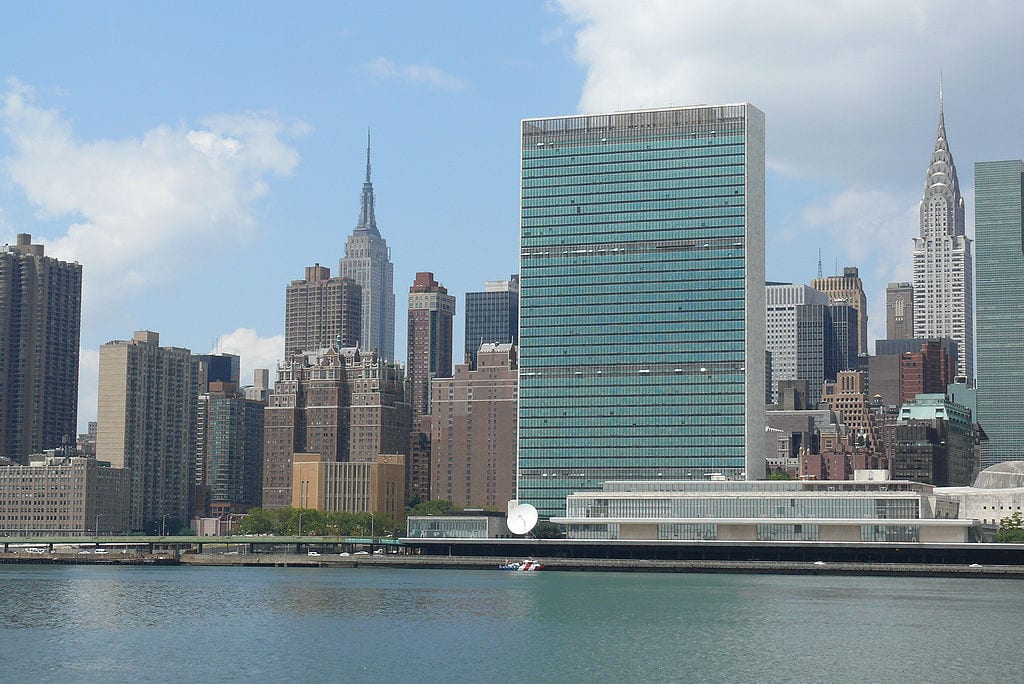 It will fall to Nikki Haley, U.S. Ambassador to the UN, to decide whether to accept the diplomatic immunity claim being cited a former UN official accused of helping Qatar hack former RNC chairman Elliott Broidy.

Attorneys for the former UN official, Jamal Benomar, are citing Benomar’s diplomatic status with Morocco’s Permanent Mission to the UN as a shield against prosecution.

Broidy’s lawsuit claims that Benomar, working in the U.S. as an agent of Qatar, orchestrated the dissemination to the media of his hacked emails, including Broidy’s wife’s emails and other business documents, in an attempt to damage Broidy’s reputation and discredit his criticism of Qatari policy. Over the weekend, it was reported that the same hacking campaign allegedly overseen by Benomar also targeted Rabbi Shmuley Boteach, apparently due to his closeness to pro-Israel GOP megadonor Sheldon Adelson.

If true, the allegations place Benomar at the center of an extensive Qatari hacking campaign that targeted more than 1,000 people in several countries between 2014 to 2018, including a range of victims from “Syrian human rights activists to Egyptian soccer players,” according to Bloomberg.

In an effort to shield himself from Broidy’s lawsuit, Benomar is claiming he enjoys the broadest category of diplomatic immunity. Benomar’s innovative attempt at using diplomatic immunity has raised concerns in national security circles over the creation of a precedent for the abuse of diplomatic immunity status. On Friday, a letter to the federal judge presiding over the case filed by Broidy’s attorneys asserted that Benomar enjoys no such immunity. The “documentary evidence submitted by [Benomar] establishes that he enjoys immunity for ‘official acts only’ and not the broader ‘status’ of immunity he claims,” the letter states.

Mr. Benomar, born in Morocco, is a British citizen and resident of the United States. Until 2017, he served as the special envoy for the Yemen war at the UN.

Lee Wolosky, an attorney for Broidy, noted in a letter to the district court that “To date, the U.S. government has not agreed to extend diplomatic immunity to [Benomar]…according to the United Nations, the Moroccan Mission to the UN. retained Defendant as a consultant or advisor on August 1, 2018 — after the July 23, 2018 filing of this lawsuit.”

At that time, the U.S. Mission to the UN. issued Benomar a green-bordered ID card recognizing only limited, “official acts” immunity, which would not protect him from Mr. Broidy’s lawsuit.

However, the Moroccan Mission objected and said Benomar should be accorded full “status immunity” and receive a blue-bordered ID card. The U.S. Mission to the UN declined, stating there was no information about his diplomatic rank or proof that he met U.S. requirements for full diplomatic immunity.

In September, Morocco notified the State Department that Benomar was a “Minister Plenipotentiary” to the Moroccan Mission to the UN.

On October 31, 2018, a statement in court filings by Benomar appeared to back this claim. Benomar wrote:

Since November 1, 2017, I have served as a diplomat with the highest diplomatic rank of Minister Plenipotentiary at the Permanent Mission, as accredited by the Ministry of Foreign Affairs and International Cooperation of the Kingdom of Morocco. As such, I have advised Morocco and acted on its behalf on a wide range of foreign policy issues throughout this time. I work in my position on a full-time basis in New York and, of course, traveling to Morocco and other foreign countries as is warranted. I do not engage in any systematic trade or business activity within the United States.

The filings also noted that the “U.S. granted Mr. Benomar a G-1 (diplomatic) visa” on November 1, 2017, and “That visa remains operative and does not expire until October 30, 2022. For the last twelve months, Mr. Benomar has, without interruption, acted in his capacity as a Moroccan diplomat for Morocco’s Permanent Mission to the UN, traveling on his Diplomatic Passport and returning to the U.S. on his diplomatic visa.”

However, critics argue there is no evidence of any past diplomatic activity Benomar allegedly undertook for Morocco.

Furthermore, According to the U.S. Mission’s criteria outlined in HC-01-16, diplomatic privileges and immunities “will be conferred only with respect to categories of individuals who will represent their countries before the United Nations as their primary function in the United States.” The criteria also requires that an individual “perform on behalf of the Member State, diplomatic duties directly related to the work of the United Nations on a full-time basis, which the Department of State describes as at least thirty-five hours each week at the Mission, and shall not practice for profit any professional or commercial activity in the United States.” Benomar is alleged to have been working for Qatar over the past year.

Also in September, Benomar replaced Pierre Lescure on the Supervisory Board of Lagardère SCA, a multinational media conglomerate headquartered in Paris in which Qatar’s Sovereign Wealth Fund is the largest shareholder. Lagardère has not yet returned a request for comment regarding whether or not it is concerned about the criminal allegations surrounding Benomar, and whether the company would permit Benomar to keep his seat on the board if it is proven that he engaged in illegal activity.

A U.S. national security official who spoke on condition of anonymity said, “Morocco’s effort is a transparent scam. Its effort to shield a Qatari agent from prosecution could do serious damage to its relationship with the U.S.”

The fate of Benomar’s diplomatic immunity status now rests with Ambassador Haley. Asked for comment, a spokesperson for the U.S. Mission to the UN said, “We are looking into what privileges and immunities apply.”