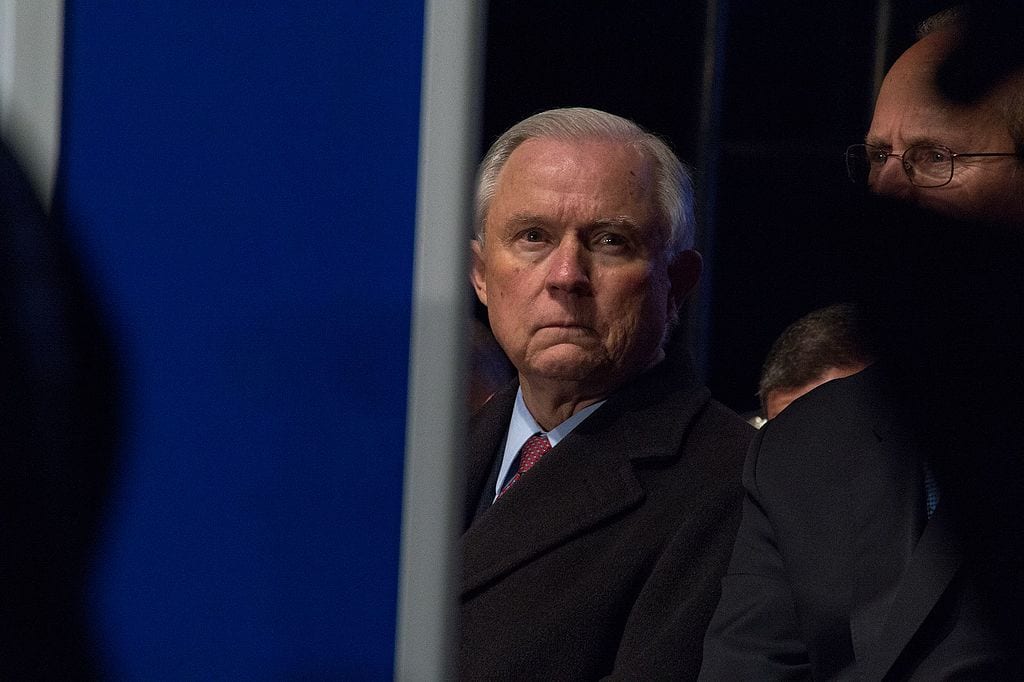 A few thousand teenagers — and many times that many activist adults — showed up in Washington two weekends ago for an antigun rally. Predictably the media dedicated more attention to this “march” as it had decades earlier to the “nuclear freeze” marches. And likely with about as much impact on policy.

But the real demonstration has been occurring for over a year, right under the noses of the mainstream media and with no small number of Republicans, both of the Trumper and NeverTrumper varieties, soaking it all in.

There’s only one problem. It might well just be that — a demonstration.

When used as a combat term, a demonstration is a deliberate act of deception, directed at focusing the enemy’s attention on one part of the battlefield (or strategic map) while the real offensive is mounted elsewhere. The enemy ties up troops and acts — when he finally does act — too late or in a state of confusion. And that’s right where Jeff Sessions has the Deep State right now.

Robert Mueller is a former Marine, who understands the purpose of demonstrating. He doesn’t have to like it, or approve of the battle plan, only to salute and follow orders. And he appears to be doing that very well. What Mueller has done for over a year is occupy the mainstream media and unhinged NeverTrumpers with an “investigation” that seems to move further away from Donald Trump every day and ever closer to Hillary Clinton, members of the FBI involved in a quasi-coup, and even the Democratic National Committee.

With the sole exception of Michael Flynn’s indictment (which can have several explanations that cannot be presented in detail here), all other aspects of Mueller’s probe have seemingly been pointed at Trump, but in reality are much closer to Tony Podesta, his companies, and the propagators of the infamous “Dossier.” Podesta is thought to head the unnamed “Company A” in the indictment of Paul Manafort. Virtually all of Manafort’s dealings are closer to Podesta than to Trump. Then there is the matter of the Uranium 1 indictment last year, which opens the door for further prosecution in that case.

Mueller has provided the perfect smoke screen, with Trump playing his part, constantly denouncing the “Witch Hunt” (yet, interestingly, never actually giving Mueller a nickname). Conservative pundits such as Rush Limbaugh and Sean Hannity dutifully have piled on, insisting Mueller is attempting to either cover up Hillary Clinton’s crimes or provide information for impeachment.

Yet what has Mueller done? Aside from Manafort, the Mueller investigation has netted some process crimes and indicted a pack of Russians who will never stand trial. Leaks from his organization (in my view, deliberate and strategic to keep the press on the “muh Russia” trail) have had reporters running from the Deutsche Bank to the Seychelles with absolutely nothing to show for it. Moreover, he keeps numerous Deep Staters in the employ of the FBI where, although being systematically demoted and de-fanged, they cannot leak. Meanwhile…

Jeff Sessions — who so far has been almost entirely leak-proof — has quietly opened four investigations in the past eight months, almost all of which were ignored by the media. DOJ has, at the moment,

*An investigation into Hillary’s emails.

*An investigation into the Clinton Family Foundation, in Little Rock. With a prosecutor.

*An investigation into U1, which has already brought indictments.

*An investigation into the FISA abuse.

The last investigation, announced two weeks ago with the prosecutor, John Huber, named last week, has empaneled a grand jury (this is separate from either of Mueller’s). Huber has as much power as an independent counsel, and is working closely with Inspector General Michael Horowitz, who is no fan of the Deep State.

On the surface it appears Sessions/Horowitz were, for a while, covering up by denying Congress records. Now, it’s clear they were concerned about leaks from Adam Schiff and others and wanted the investigation as complete as possible before the shoes drop. It is important to understand the mechanics of this — that all investigations need to be wrapped simultaneously because they all reinforce each other. The FISA abuse is tied to lying by key Deep State actors; the U1 is connected by the FBI’s knowledge of it (and the emails) and the non-prosecution. These webs all connect not only to the obvious FBI actors, but to Hillary Clinton, Loretta Lynch, and, yes, Barack Obama himself.

Now you see why Sessions and Horowitz needed a smokescreen. The size of the operation they are conducting is massive, and the perpetrators numerous and very well entrenched. John Gotti took five years to bring to trial after the FBI had the goods on him. Robert Hanssen took two, even though the FBI knew he was a spy. This process is grinding slowly but finely and Robert Mueller is playing his part to perfection.

Larry Schweikart is a historian, the co-author of How Trump Won (with Joel Pollak) and the co-author of A Patriot’s History of the United States with Michael Allen. His latest book, Reagan: The American President, will be out in July from Dangerous Books.