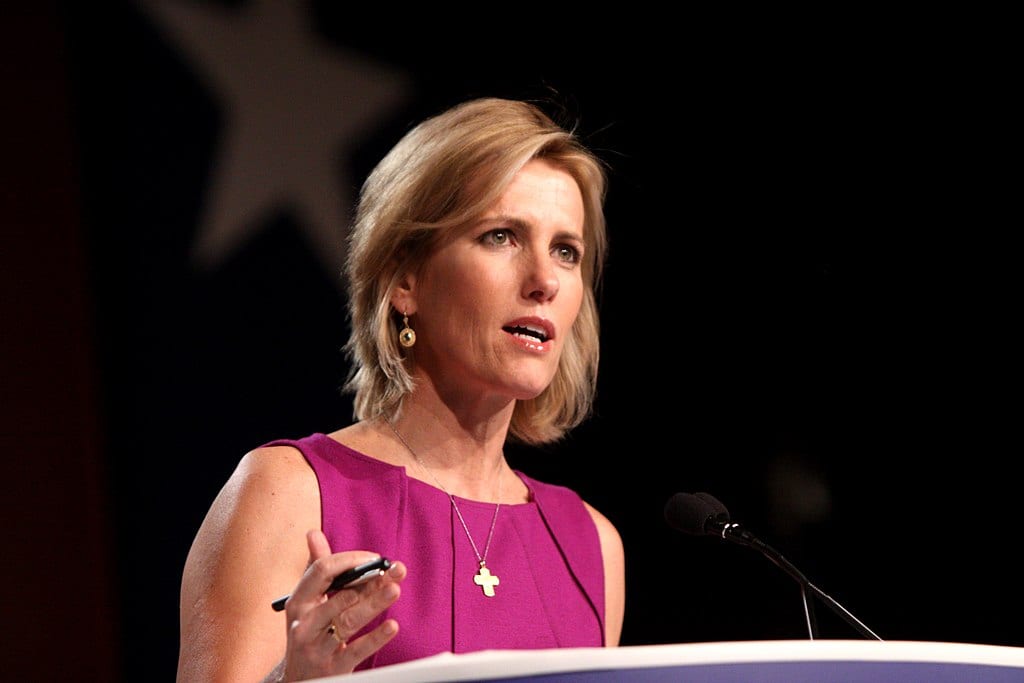 So Laura Ingraham tweets the mildest of tweets, in this case about the news that David Hogg of Parkland student anti-gun activism fame, has been rejected by various colleges. This news of Hogg’s rejections — something totally normal in the world of being admitted to X or Y college — was put out there by Hogg himself in this talk with TMZ. Ingraham twitted by tweet:

David Hogg Rejected By Four Colleges To Which He Applied and whines about it. (Dinged by UCLA with a 4.1 GPA…totally predictable given acceptance rates.)

Hogg, who has made extensive use of his First Amendment free speech rights, immediately turns around and demands that a free press that displeases him — Ingraham’s Fox News show — be “boycotted” by advertisers.

Immediately the adults who sponsor Ingraham’s show stand up and do his bidding.

Let’s start with this interesting story you won’t see anywhere else.

One of the sponsors withdrawing was Nutrish. Nutrish is publicly identified as, per the New York Times, “a pet food brand owned by Rachael Ray” that “said it was ‘in the process of removing our ads from Laura Ingraham’s program. The comments she has made are not consistent with how we feel people should be treated,’ the company said.”

What was not reported in the New York Times — or anywhere else? This.

Now follow over to here… the Federal Election Commission. Where you will find this interesting listing for a Jeff Watters of Ainsworth Pet Nutrition.

Things come clear now? Laura Ingraham is sailing along in the ratings, offering her usual pointed and pithy conservative commentary and doing quite well — and under the guise of taking offense at the mildest of criticisms of a teen-ager who demands to be treated as an adult — and is — advertiser Nutrish makes a big public deal about withdrawing advertising from Ingraham’s show.

One doesn’t know whether to laugh or cry at a company executive whose company plays such an utterly cynical game of using a kid who clearly has been traumatized by a mass shooting to pretend offense at Ingraham. When in fact, unknown to the public, the CEO of the same company is funneling big bucks to the recent successful Democratic candidate for Congress in a campaign that CNN described as follows:

According to FEC filings posted Thursday, Lamb dramatically outraised Saccone from January 1 through February 21, the final complete filing period before the special election, which is set for March 13. Lamb took in around $3.3 million during this period, compared to about $700,000 for Saccone.

Not to put too fine a point on this? This is disgustingly cynical.

Then there’s Wayfair, it too putting out a smarmy, anti-free press statement that read:

The decision of an adult to personally criticize a high school student who has lost his classmates in an unspeakable tragedy is not consistent with our values.

Apparently supporting a free press and free speech is not among Wayfair’s values. Message received.

The other night, ABC’s rebooting of Roseanne — with Roseanne Barr portraying a Trump supporter in a politically divided family — drew a seriously impressive audience of 18 million. Astounding all those elite Hollywood executives who saw her lose New York and Los Angeles but win a landslide in what elites sneeringly refer to as “flyover country.”

What these similarly sniffy elites running Ainsworth, Wayfair, TripAdvisor and Nestle seem clueless about in dissing Laura Ingraham — she, by the way, the proud daughter of working class Americans (her mom was a waitress) — is that in using David Hogg as an excuse to go after yet another conservative commentator they are setting themselves up for the same kind of wrath experienced by advertisers who tried the same shtick with Rush Limbaugh and Sean Hannity. Only to get pummeled by their own conservative customers who resented company executives imposing their liberal and clearly anti-free press views on them.

To borrow from Laura Ingraham’s book of a while back, Shut Up and Sing, “they think you’re stupid.” “They” being liberal elites and “you” being all those Roseanne-style Americans who voted for Trump. In this case, in spite of Hogg’s demand to be treated as an adult, Ingraham has, in the spirit of Holy Week, graciously apologized. In the fashion of a budding authoritarian, Hogg refused the apology and demanded a “boycott” of her advertisers.

Instead of being the adults in the room, the elites running these companies chose to pompously do exactly the wrong thing — which is to say, send the message to teenagers that free speech and a free press is only for an approved few. And they know better.

So game on. In reverse. If the deal is to take conservative commentators off the air — and make no mistake it is, again — let’s let advertisers hear from those who demand that advertisers have the core American values and guts to stand up for a free press and free speech.

If you are interested in letting the adult authoritarians at these companies know your feelings about this attempt to take Laura Ingraham off the air by bullying her and the rest of us, many of us their customers, they can be contacted as follows:

To speak with one a customer service representative, call 1.800.323.7738 weekdays between 9am and 4pm EST or fill out contact form here.

Note well, that aside from issues revolving around the Second Amendment, the push is now on — in fact it has been on for some time — to restrict the First Amendment. And these companies are joining in.

To borrow from a recent Time magazine cover?