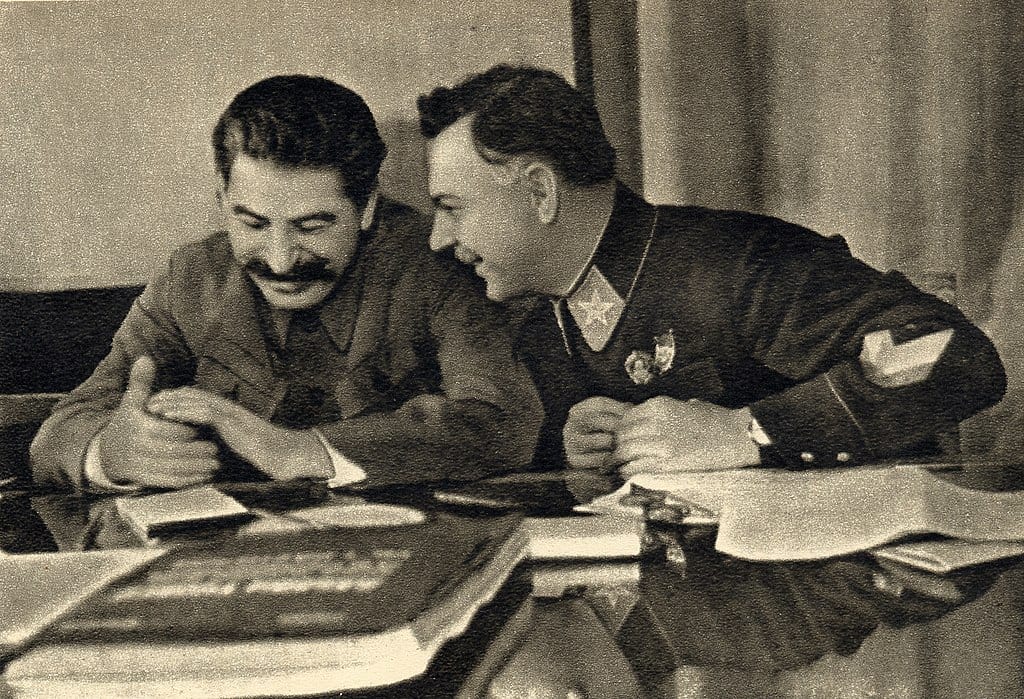 Herewith a few terrifying thoughts about the left’s attacks on Brett Kavanaugh.

First, we have entered a genuinely Stalinist world in which all it takes is an accusation from the favored clique, in this case, “progressive” women, to wreck an honest man’s career. There is no trial on facts or law any longer. As others have pointed out, we now have “guilt by accusation.” If you are a member of the elite class and simply make the accusation against a member of the disfavored class, his life is over. He’s ruined. He’s through. There’s no defense because the accusation itself is its own proof.

Second, I have seen this happen in my own life with my own eyes. About ten years ago, a close friend was a high official of a major aerospace corporation. She worked under a boss she did not like. One day, that man did something rude — not sexual, not illegal — to a friend of my friend.

She determined she was going to “get him.” She wrote an anonymous letter to the head of the company alleging that she — who barely knew the man in the water — had been sexually abused by him. The abuse? He had a private bathroom in his office and he made too much noise while emptying his bladder.

Incredibly, the man — who was in his seventies and as harmless as a kitten, to use a phrase my friend used — was fired. Denied his pension. Lost most of his stock. All because of a fictitious allegation about sex harassment.

I have seen it in my own life. About 20 years ago, a woman who used to chauffeur our son to his play dates, told me she would say I had an affair with her against her wishes unless I paid her a huge sum. I refused to do it and dared her to come after me for such an outraBgeous lie. She made such scary noises that I eventually paid her a small amount and she went far away. This was a woman who had wanted to be a writer and I had been very helpful to her. More important, she acknowledged to me many times that her allegations against me were totally false.

“What does it matter?” she asked. “You have the good name and I can ruin it. No one even knows my name and it can’t be ruined.”

I could give you other similar stories about close friends.

My point is simply this: For about fifty-five years, I have been close friends with a woman who was a sex crimes prosecutor. She used to say that the biggest lie in the whole world was that women don’t lie about sex abuse. “Some do,” she said, “and some don’t. It’s just like everything else in life.”

I don’t even remotely trust Brett Kavanaugh’s accuser. Thirty-six years without saying a word? Cannot remember the most basic “facts” of the “abuse”? Give me a break.

Only remembers it because of “couples therapy”? What was the therapy about? What’s the state of her personality? If everything about Kavanaugh is relevant, so is everything about his accuser and her husband. Let’s hear from the therapist. The accuser could not even get the number of boys in the room correct. What do we make of that? Could not recall where the “party” was or how she got there or back. But she could remember Judge Kavanaugh after 36 years.

(And what about her Dad? Former head of Burning Tree, an avatar of real racism and sexism. Why aren’t his behavior and attitude relevant in the brave new world that’s all about attitude?)

And the entire Democrat party lines up behind her? What happened to that party?

The sad facts: Some women lie. Politicians lie. The politicians have now wrecked the life of a good man, as Mr. Trump said. Let’s give him back his good name. And let’s stand in the way of the locomotive of Stalinism and shout “stop” as the late, great Mr. Buckley would have said.

It’s all amazing. To stop Donald Trump, the Democrats have tossed out the whole basis of Anglo-Saxon jurisprudence — innocent until proven guilty. They’ve taken the greatest deliberative body in the world, the Senate —and made it the chapter room of a sorority at a tenth rate college. Is there no end to it? Stalin would approve. So would Goebbels. If this Democrat trick works, there simply is no meaningful legal protection in this country any longer.

This is a defining moment for the Constitution. Republicans. Democrats who still love America. All hands on deck. This is about protecting the whole country and our future. If the gossip of the beautiful people overrule the Constitution, it’s a catastrophe.