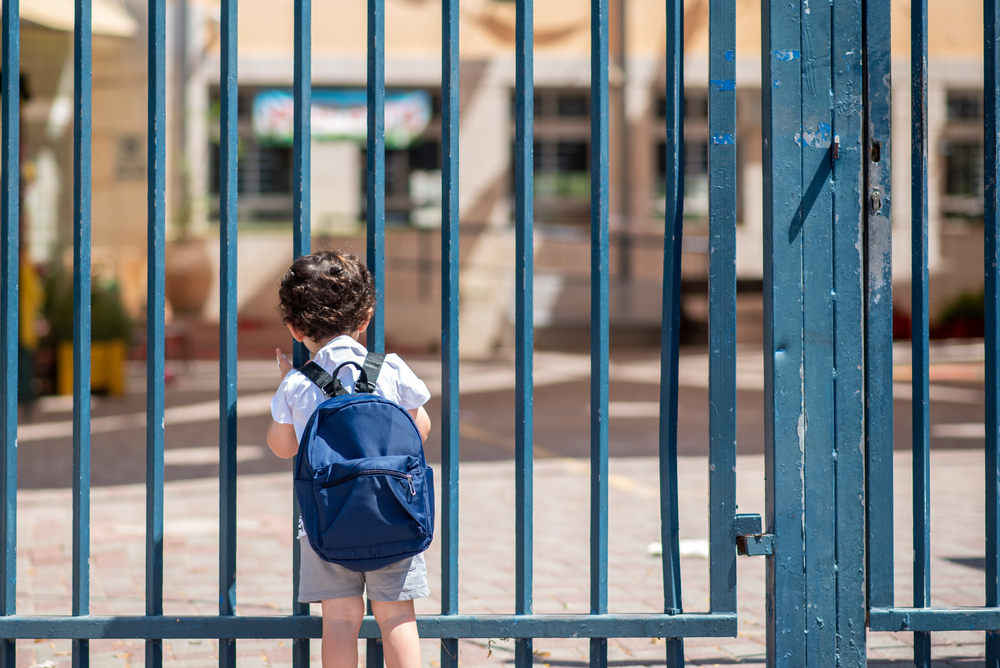 The public health community has long since concluded that the perils of prolonged school closures are far greater than the risks posed by COVID-19 to students and teachers. This fact has not been lost on parents, who are growing increasingly impatient with teachers who won’t return to the classroom. This frustration will increase exponentially now that the Centers for Disease Control and Prevention (CDC) has issued new guidance on how schools can and should safely reopen: “It is critical for schools to open as safely and as soon as possible, and remain open, to achieve the benefits of in-person learning and key support services.”

In most red states, public schools opened up last fall for full time in-person instruction or some hybrid of in-person and distance learning. The blue states have, however, been considerably more dilatory about reopening. These states are, of course, governed by Democrats who are bought and paid for by the teachers unions. During the most recent election cycle, for example, the National Education Association (NEA) and the American Federation of Teachers (AFT) contributed a combined total of $43.6 million to Democrats and outside spending groups that support them. In the reopening debate, money talks and science walks. Ask California Gov. Gavin Newsom.

In addition to the disproportionate amount of political power they wield, the teachers unions clearly couldn’t care less how much harm they inflict on our children.

Newsom is facing a recall effort that is steadily gaining steam. “Rescue California” has already collected 1.5 million “raw” signatures (1,495,709 verified signatures are required to put the question before the voters). And there can be little doubt that those signatures include many from parents enraged over the governor’s failure to rein in the teachers unions and reopen the schools. Moreover, the increasing frustration is bipartisan. A lot of progressives have grown tired of their children being held hostage by teachers and their unions. Rebecca Bodenheimer, Ph.D, is an excellent example. In “A progressive parent’s rant about the politics surrounding school reopening,” Bodenheimer writes:

I will never understand how the left in this country has decided that advocating for putting kids first is somehow right-wing. I’m hearing from progressive parents all the time who are so infuriated about the Democratic apathy around school reopening — from politicians like Gavin Newsom, who are willing to allow their stances to be dictated by teachers’ unions — that they’re considering supporting the recall effort, maybe even switching parties.… I won’t stay silent while unions ignore the science and the entire public health community, and all the research telling us schools aren’t drivers of transmission.

The Democrats alienate people like Bodenheimer at their peril. No sane parent is going to put ideology before the education and well-being of his or her children. Nor will such people allow themselves to be distracted by conspiracy theories about Donald Trump or the weird claim that the GOP has been co-opted by QAnon. While their kids languish, they aren’t going to listen to that nonsense. They want their kids back in school, learning in-person and socializing with other children. If the Democrats continue to ignore this reality and provide lip service rather than solutions, people like Bodenheimer will support the politicians whom they believe will fix the problem — including Republicans.

And the GOP clearly intends to remind blue-state parents why their children are falling behind. Rep. Jim Jordan (R-Ohio) tweeted the following on Monday: “The CDC says it’s safe to open schools. So why does the ‘party of science’ want to keep schools closed?” Rep. Nancy Mace (R-S.C.) explains why: “The science is unequivocally clear: Schools are safe to reopen. But instead of following the science, the Biden administration is caving to teachers’ unions.” One of the few benefits associated with COVID-19 is what it has revealed to the general public about how much power the teachers unions actually wield over the Democratic Party and its policies. As Cato’s Kerry McDonald writes:

Teachers unions throughout the US claim to be looking out for the best interests of teachers and students, but they are deeply political … While the nation’s largest teachers unions have long been deeply connected to the Democratic Party and left‐​wing ideology, this political affiliation has become increasingly apparent in recent months. From hinging their support for reopening schools on outrageous policy demands to launching court battles, threatening strikes, and openly supporting disturbing actions during recent protests, today’s teachers unions are more powerful and dangerous than many parents may realize.

The parents are experiencing this callous attitude first hand. As Liesl Hickey reports in USA Today, some are preparing to sue teachers unions in Arizona, California, Illinois, and Virginia. If teachers don’t go back to work, there will be many more such lawsuits. If that fails, it’s time to start firing teachers. In the end, the inflexibility of the teachers unions is a function of its individual members. There is no significant risk associated with in-person instruction. The teachers know it, and the science proves it. Most importantly, the parents know it. If teachers remain intransigent and the Democrats acquiesce in their obstinance, parents will certainly revolt at the ballot box.