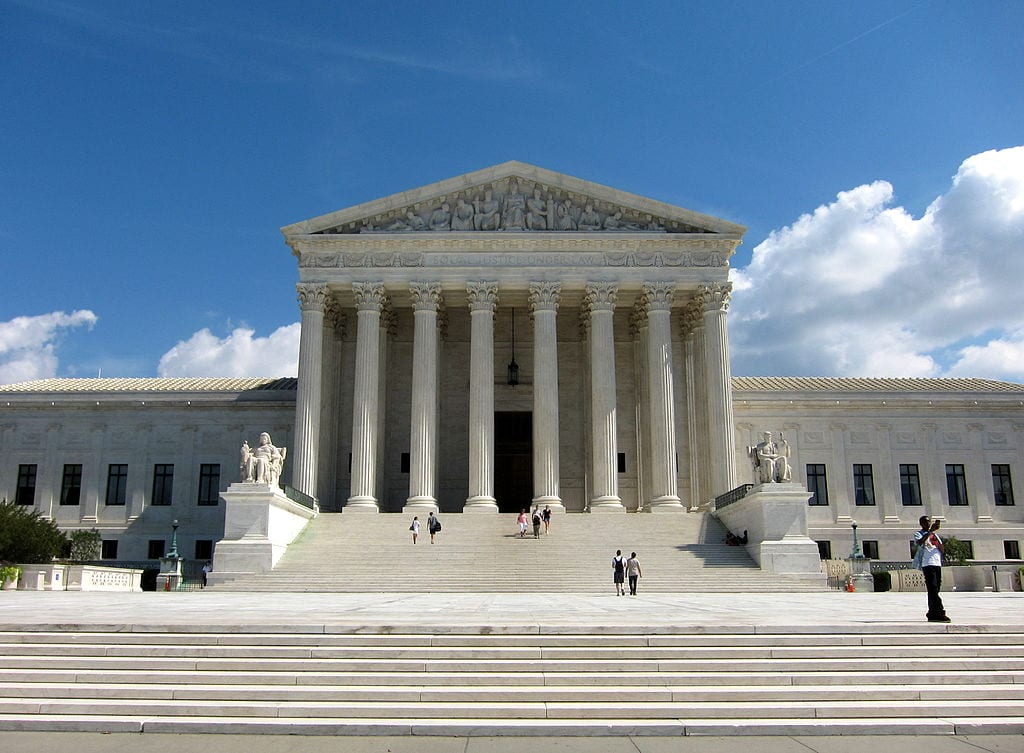 The poison of vicious political partisanship infects virtually every aspect of policy today. Judicial appointments, which a couple decades ago resulted in overwhelming votes for well-qualified nominees, have turned into brutal battles with no prisoners taken.

Not only has the fight over the Kavanaugh nomination devolved into a mud wrestling match. Congressional Democrats are now threatening to continue the battle if Brett Kavanaugh is confirmed, possibly pushing to impeach the new justice if they win control in November. That would cause the GOP to retaliate, as it did when it ended the filibuster against judicial appointments.

The ever more intense judicial contests in part reflect a nastier and more partisan political environment. Even more significant, however, is the increasing importance of the federal judiciary and especially Supreme Court. While envisioned by Alexander Hamilton as “the least dangerous branch” and “the weakest of the three departments of power,” intended to settle disputes rather than make policy, the judiciary has turned into a quasi-legislature, where disappointed activists turn if they lose political battles.

That view of the courts predominates on the Left, for whom the Constitution has virtually nothing to do with constitutional law. The role of judges is to say what the law should be, not what it is. What previous generations agreed to is irrelevant, a historical footnote. A good jurist briefly mentions the nation’s founding document while looking for ambiguous language. He or she then claims to have discovered constitutional penumbras and emanations after great effort. The opinion then justifies turning the latest political zeitgeist into law. Jurisprudence is almost entirely result-oriented, with judges expected to vote as if they were legislators.

Abortion may be the touchstone issue. In 1980 Democrats criticized presidential candidate Ronald Reagan and the GOP for allegedly adopting a pro-life “litmus test.” Today, of course, it is the Democrats who insist on absolute fealty to Roe, a respect for precedent which overturned previous widespread precedent. The political party which once was scandalized by Republicans who wanted to know where judges stood on the issue now demands to know where judges stand on the issue.

Hence the hysterical screaming over Kavanaugh’s nomination well before the allegation of sexual assault — millions will be at risk, Americans will be denied health care, thousands of women will die from illicit abortions, and much, much more. Yet Supreme Court justices do not practice medicine. Even a reversal of Roe v. Wade would stop few abortions since many, and certainly the most populous, states would leave the procedure legal. And so on.

Although interest groups may be most responsible for the transformation of the judiciary’s role, legislators and presidents share the blame. Instead of making tough decisions, they have created incomplete and ambiguous laws, leaving the details to the courts in the name of “interpretation.” Instead of making their own judgments as to the constitutionality of their actions, they have tossed issues to the judicial branch. Observed Sen. Ben Sasse (R-Neb.): “If your biggest long-term priority is your own re-election, then giving away your power is a pretty good strategy.”

Thus, for multiple reasons the Senate tradition of approving well-qualified nominees largely irrespective of ideology has disappeared. Alas, it is difficult to imagine the practice reemerging. To be effective, this form of judicial disarmament must be bipartisan. But which party will move first, especially on such an important issue, and risk being played by the other? Which party will risk blowback from its most committed partisans, who are determined for political war? Indeed, the judicial wars are great fundraisers for both sides’ direct mail outfits.

Most important, though, how to roll back the judiciary’s role? The issue is not activism per se. To enforce the Constitution judges must be active, but in sustaining, not transforming, the nation’s fundamental law. For instance, to enforce the Fourth Amendment judges must be prepared to void improper police searches. However, for the Left activism means transcending the actual Constitution, imposing a political vision rejected by a majority of Americans in the democratic process. Unfortunately, liberal activists seem ever more wedded to having judges take over legislative and executive business. Especially in the aftermath of the Trump presidency, the Left is ever more willing to go to court to attempt to enforce their preferences, since they know they cannot rely on voters.

Which means the battle over the courts is unlikely to abate. The best hope for moderating the hostility if not restoring civility is to otherwise reduce the stakes. Establish term limits for justices.

Today someone nominated in his or her 50s could sit on the bench for three decades; a couple of such appointments could prove transformational. Yet some presidents, such as Jimmy Carter, make none. Who gets the opportunity primarily results from the operation of the actuarial tables and vagaries of personal health.

Of course, a life-time appointment is supposed to insulate justices from politics. But that very same life tenure is what ensures that nominations will trigger a political maelstrom. An opening might be the only one for years. Appointments are worth all-out political war.

Imagine, in contrast, Supreme Court terms. Appoint a justice to serve for ten years. He or she could be reappointed once, subject to Senate reapproval. Stagger the terms.

No single justice is going to have the sort of enduring impact as in the past. (Longer tenures, as some suggest, would undercut this objective.) To stay on the high court the justice would have to be nominated by a new president. Even if a president re-nominated a justice, another confirmation vote would be necessary. And every president could expect to make a couple of appointments, creating a greater perception of fairness. Turning every confirmation fight into a political Armageddon no longer would seem so necessary.

Of course, in today’s super-heated environment partisanship and hostility would not disappear. And Supreme Court appointments still would be important enough to fight over. Yet the sense of desperation evident today — if this person is not stopped mass death and destruction is sure to envelop America — might abate at least a little.

Moreover, limited terms would impose some accountability on an institution which has grown far more powerful than originally imagined. Far from being the least dangerous branch, the judiciary has sometimes proved to be the most overbearing, misguided, and aggressive. Judges determined to exceed their constitutional role as well as those who actively misled presidents and Senators on their views would be automatically defenestrated at regular intervals. As Lord Acton warned us, power tends to corrupt and absolute power corrupts absolutely. Set terms would help moderate this pronounced tendency.

A more modest benefit would be militating against incapacity and senility. Such problems are rare, even at the state level. However, ending life tenure would dramatically reduce the likelihood of justices serving well beyond their capacity to do their job. (Many states deal with this problem by imposing a mandatory retirement age.)

There would be practical problems as well. Imposing terms would require a constitutional amendment, but the latter are notoriously hard to pass, probably too difficult. In fact, this high barrier to changing our governing law has encouraged greater recourse to the courts, in effect turning the Supreme Court into a continuing constitutional convention. And political gamesmanship would not disappear: a justice could die during his or her term, creating a vacancy, and a hostile Senate still could refuse to approve nominations, leaving vacancies open until a new president was elected.

However, the current system is broken, perhaps irremediably so. Setting terms for justices at least might moderate the violent political partisanship which has enveloped Supreme Court nominations. That would benefit all Americans.

Doug Bandow is a Senior Fellow at the Cato Institute. A former Special Assistant to President Ronald Reagan, he is a graduate of Stanford Law School and a member of the California and Washington, D.C. bars.