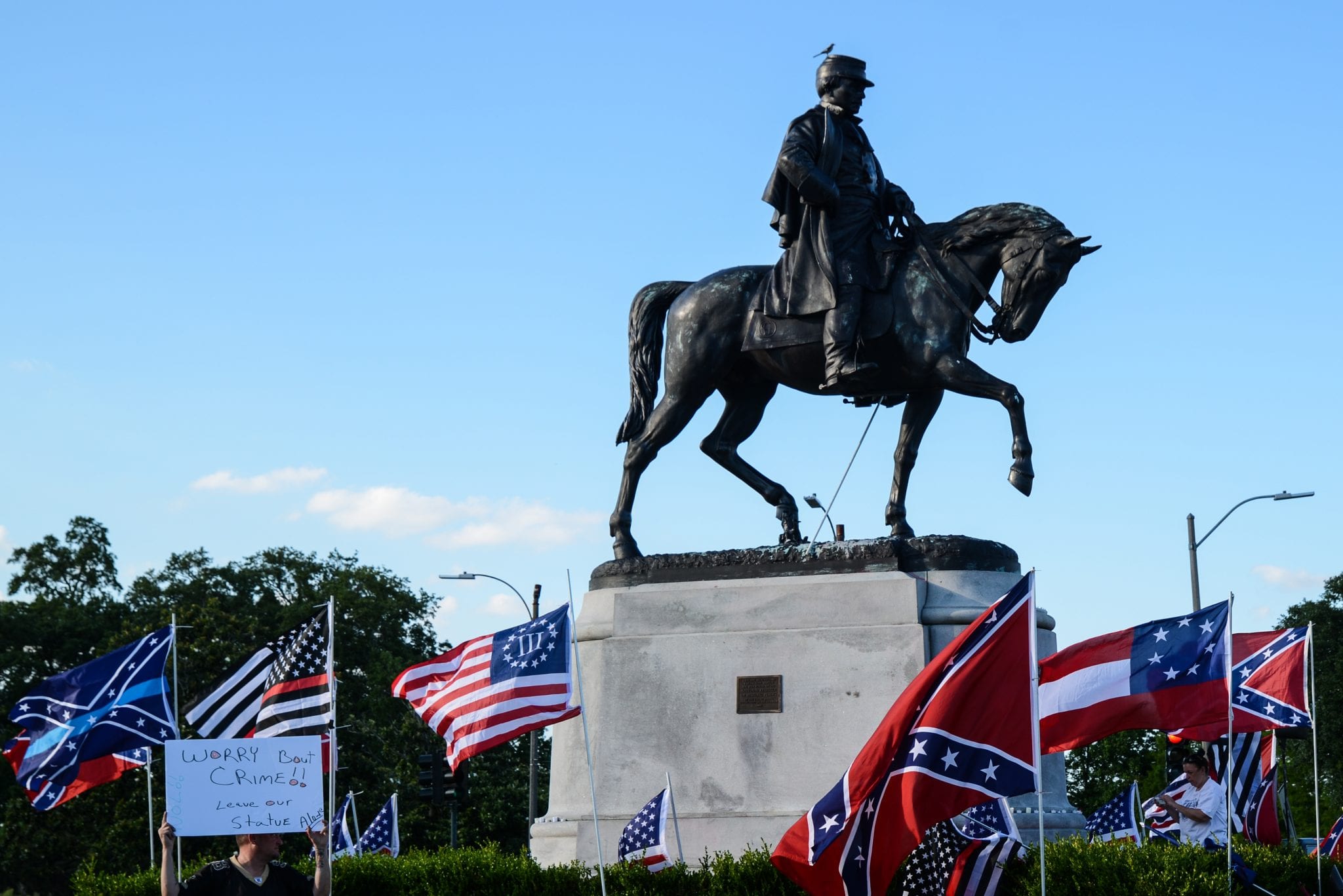 Although statue critics argue that the Confederate soldier fought for slavery, fewer than 30 percent of Southern families owned slaves. According to historian William C. Davis, “The widespread Northern myth that Confederates went to the battlefield to perpetuate slavery is just that, a myth. Their letters and diaries, in the tens of thousands, reveal again and again that they fought because their Southern homeland was invaded.”

Some modern critics vilify Confederate soldiers as traitors, even though Union veterans eventually regarded their former enemies as fellow Americans. Moreover, the relative priorities of national-versus-state loyalties were unclear when the Civil War started in 1861. Historian Shelby Foote explained, “Before the war, it was said ‘the United States are’ — grammatically it was spoken that way and thought of as a collection of independent states. And after the war it was always ‘the United States is’ as we [unconsciously] say today.” The youth who joined the Confederate army fulfilled a duty his community expected of him. Mothers remembered those who did not return with inscriptions such as

… what need to question now,
If he were wrong or right? …
He wields no warlike weapons now,
Returns no foeman’s thrust —
Who but a coward would revile
An honest soldier’s dust?

Today a vocal minority holds Confederate soldiers in contempt, much like some Americans who sneered at returning Vietnam veterans in the 1960s. Mixed in with chants of “Hey, hey, LBJ, how many babies did you kill today?,” some civilians mocked the soldiers. Today most Americans old enough to remember cringe with shame when recalling such incidents.

Thus, we should be aware that decisions to tear down century-old monuments put us at risk for future remorse. Dishonoring such sculptures demeans later generations of American warriors who were inspired by the Confederate soldier.

Tennessee’s Alvin York was America’s most famous infantryman in World War I. Although his grandfather was a Union deserter, two of his grand-uncles sided with the Confederacy. Texan Audie Murphy was the most decorated soldier of World War II, which was an honor won by Georgia’s James Livingston in Vietnam. As boys York and Murphy hunted game for food, not sport. Livingston turned down an Officer Candidate School (OCS) recruiter to take an ordinary enlistment because he could not afford to buy an officer’s uniform.

During World War II, the first American flag to fly over the captured Japanese fortress at Okinawa was a Confederate battle flag. A company of marines put it there to honor their leader, who happened to be a South Carolinian seriously wounded in the cleanup operations. Some of the tank crews that freed prisoners from German concentration camps also flew the Confederate battle flag.

While statue-wrecking mobs triumphantly kicking the bronze figurines they have toppled may imagine themselves to be morally superior, their conduct is really a grotesque display of narcissism. They fail to consider that values change and that they may be condemned in the future for reviling “an honest soldier’s dust.”

During the Civil War Sesquicentennial from 2011 to 2015, Philip Leigh wrote 24 articles about the era for the New York Times. Since then he has written six books about the American Civil War and Reconstruction, including Trading With the Enemy, Lee’s Lost Dispatch, The Confederacy at Flood Tide, U. S. Grant’s Failed Presidency, and Southern Reconstruction. He holds a B. S. degree in Electrical Engineering from the Florida Institute of Technology and an MBA from Northwestern University’s Kellogg School. For more, visit his blog and Amazon author page.