Public Depravity,Top Story 1984,Border Crisis,Left,Police,Seattle The Left Turn 2021 Into 1984 - The American Spectator | USA News and Politics
Menu
Public Depravity
The Left Turn 2021 Into 1984
Newspeak is one of its favorite tactics in redefining issues like riots and illegal immigration in its favor.
by J.T. Young
Protest after death of George Floyd outside U.S. Embassy in Oslo, Norway, June 5, 2020 (Ryan Rodrick Beiler/Shutterstock.com) 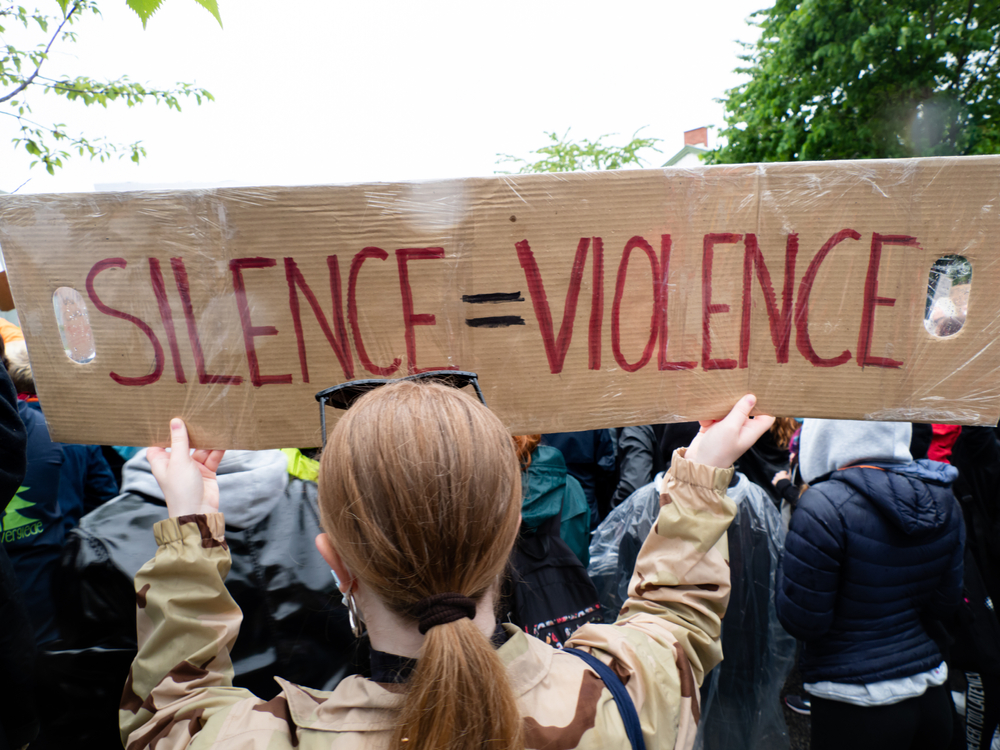 When you turn criminals into victims, you get more criminals. The corollary to this is that when you turn police into criminals you get fewer police. The results of this Orwellian role reversal of doublethink are playing out across America, from the streets of Seattle to the border of Mexico.

George Orwell based his dystopian novel 1984 on the horrors of the Stalinist Soviet Union. Elements of his fictional totalitarian state have proven eerily prescient decades later. There is the doublethink of political correctness and its demand to deny the obvious. The establishment media is 1984’s Ministry of Truth. And cancel culture is Room 101, where dissidents are sent, never to return.

Today’s newspeak is on full display as we are prodded and shamed into language intended to provide cover for a new agenda. Unsurprisingly, it is also ushering us into our own dystopian reality.

Seattle has been in the throes of riots for the better part of a year. What has been continual in Seattle has been habitual in other liberal cities across America. Arson, destruction, vandalism, looting, and attacks on law enforcement and the law-abiding alike are its inescapable images.

Yet what in other eras or localities — and for any other cause than one condoned by the Left — would be deemed riots are redefined as protests. Of course, this transformation simultaneously elevates the rioters into protesters, just as it is intended to elevate the lawless into the acceptable. The natural result is more riots.

At the country’s other end, since the year’s beginning there has been a surge in illegal border crossings. As has been the case for several years, despite the illegality of these attempts, those making them are not deemed to be doing anything illegal. When leftists define away the illegality, they send a clear signal that enforcement is not a priority. The natural result is of course more illegal immigration.

What the Left intend to obscure in the more serious cases of riots and illegal immigration is their attempted redefinition to a new normal — which of course for traditional purposes is abnormal. We are told that rioters are protesters and illegal immigrants are simply undocumented migrants.

We are supposed to be confused, if not redirected, by these new verbal cues. Yet those poised to take advantage of them, especially the Left, are not confused at all. For the Left there is no ambiguity, and they act accordingly, even as much of America is paralyzed in indecision and inaction.

The Left’s Orwellian vilification of law enforcement is only an accelerant to the process, emboldening the criminal and enfeebling the enforcer. In the riots and on the border, enforcement efforts have been denounced and denigrated. “Abolish ICE” and “Defund the police” are among the Left’s most favored mantras — shibboleths of social acceptability in their inner circle. Naturally with illegal activity’s disincentive lowered, the incentive to pursue it is effectively raised.

The culture the Left seek to enforce increasingly resembles elements from Orwell’s 1984. That makes sense; they and the government in that novel share the same leftist origins and goals. Their new language is not simply a passive-aggressive exercise of the Left; it is their aggressive-aggressive one. It is meant to enforce our behavior and cover the Left’s actions.