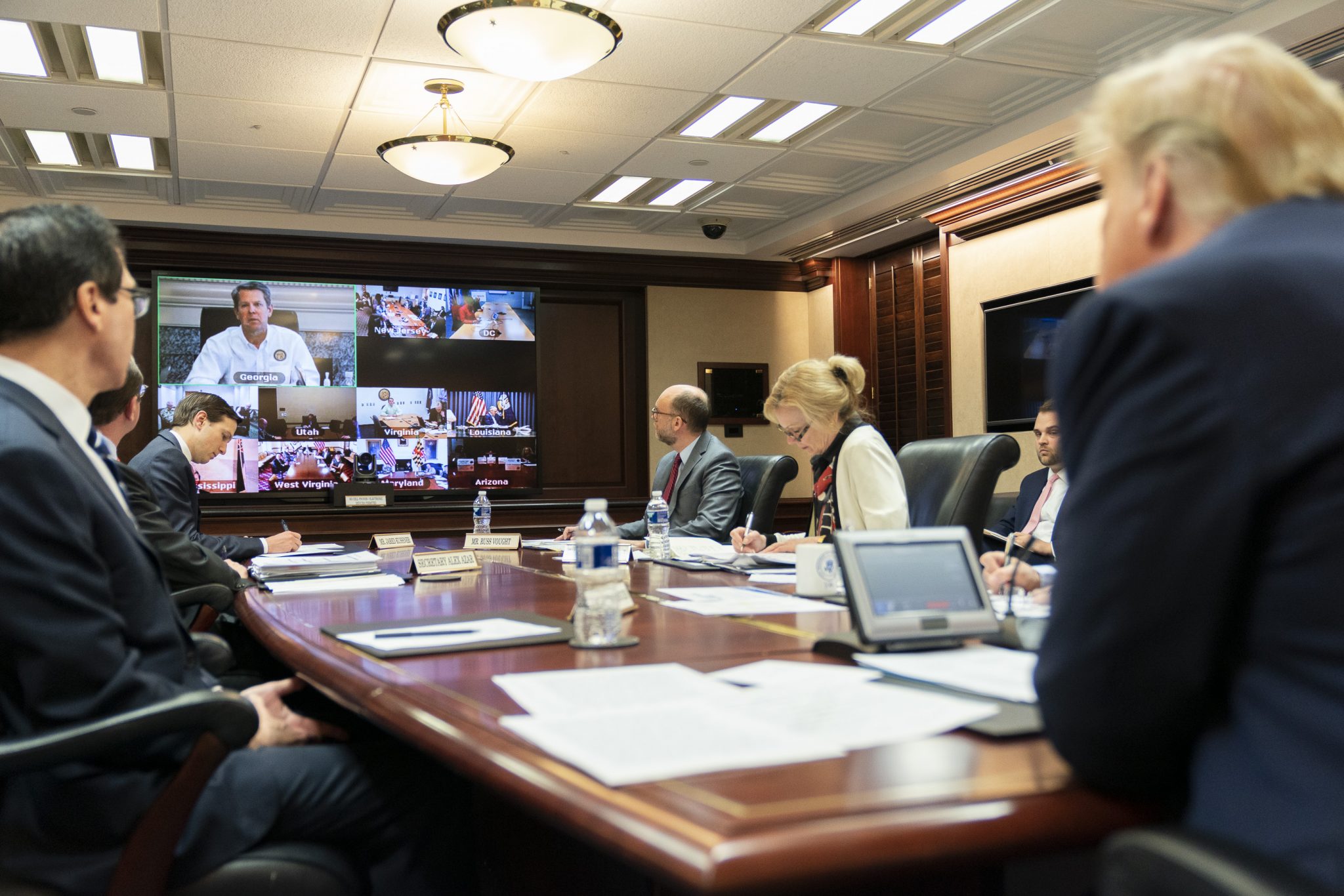 “America” is a continent – actually two of them – but it is also a set of ideas, or, better said, a philosophy for how a community can govern itself to maximize freedom and creativity. Every generation seems to need to rediscover the central ideas of America; however, prior generations do leave behind roadmaps that can help us make sense of what we are experiencing.

We are currently debating how to reopen our country after almost everything was shut down to minimize the spread of the coronavirus. This is a task of unimaginable complexity, involving literally millions of decisions: should we reopen the McDonalds on Highway 41 North in Evansville, Indiana? What about the nearby regional airport? Or basketball games at local high school gyms? Etc., ad infinitum.

Donald J. Trump is no scholar of either American history or constitutional law, but he does have this one right. The only feasible approach involves a combination of national leadership from Washington and flexibility to make individual decisions that make sense at the local level.

The last generation called this approach “co-operative federalism” and made it the cornerstone of our environmental laws.

Environmental law is one of the few examples of a successful precedent for what we are trying to do now in reopening the economy. The ambition of the 1970 Clean Air Act was to set legal limits on air pollution from every factory, power plant, automobile, and other significant source of air pollution in our vast country. It would have been impossible for bureaucrats in Washington to issue edicts setting limits on millions of individual polluters. They would have had to make one-size-fits-all decisions by categories that would have led to ridiculous results in particular cases. The country would never have stood for that.

The solution was a combination of health-based “national ambient air quality standards” (NAAQS) set by the federal government based on expert scientific advice combined with local implementation by states via “state implementation plans” (SIPs) that set emission limitations on individual polluters.

The NAAQS are minimum standards for air quality; states are allowed to make their air cleaner, but not dirtier than the federal standards require. If states fail to achieve “attainment and maintenance” of the national standards, or if they allow pollution in their state that causes or contributes to a violation of the national standards in another state, the federal government may step in and promulgate its own “federal implementation plan” to supplant the state’s inadequate plan.

This system combines goal-setting by the federal government based on expertise with discretion for how to implement the national goals practically at the local level. And it has worked — perhaps only “tolerably badly” — but it worked, and it accomplished a task of stunning complexity. The air got measurably better in every area we regulated.

Initially President Trump asserted that he had “total authority” over the decision to reopen the country. This claim prompted legal scholars and other commentators as well as some governors to question his legal authority. Interestingly, most of the critics relied on the distribution of powers in ordinary times and overlooked the extraordinary powers that the presidency may have in emergencies.

But leaving aside the constitutional question of the power that the federal government and the presidency in particular may have to cope with emergencies, edicts from Washington are not a wise way to cope with a crisis of this complexity.

President Trump rarely, if ever, admits he was wrong, but he does sometimes change his tune. That is good, because it probably reflects that as a CEO he listens to advisers who know more about some things than he does. In his own halting and inarticulate way, President Trump is now proposing a system of “cooperative federalism” to reopen the economy after the COVID-19 pandemic. It combines national leadership based on expertise with practical local implementation but backed up by federal authority to step in if states get too far out of line.

The history of environmental law teaches that this is the only feasible way to achieve a task as complex as reopening the American economy.