As has been the case throughout time, but particularly in our current climate, we yearn for a hero.  We see heroes in real life — soldiers, first responders, and everyday people thrust into difficult situations, who step up and put themselves into harm’s way to protect and defend their fellow man.

We also love heroes in our entertainment. The Prince Charming characters in the fairy tales many of us grew up reading were of the Disney Princess variety. They were pretty boys with wavy locks. They wore epaulets and rode white horses.

Some of the most popular “streamable” male heroes today have wavy hair as well, and some of them even ride horses, but these aren’t your “happily ever after” cartoon characters showing up in the nick of time to sweep the princess off her feet. They are real, often reckless, sometimes even gritty, men with flaws. But underneath their imperfect exteriors, there lies a sense of honor, and justice and kindness. These are not the deeply flawed, tortured protagonists you find on shows like Sons of Anarchy, Breaking Bad, and Mad Men.

No. These are men of unquestionable character. And there is a wide variety of them to choose from in today’s most popular television series — just pick your preferred genre. If fantasy is your favorite, Game of Thrones has the immensely popular hero Jon Snow, as well as the more unconventional hero, Tyrion Lannister. Sure Tyrion likes to booze it up, and there was that nasty business about killing his father, but his father was really super mean, and for the most part, Tyrion is compassionate and kind and always aspires to do the right thing.  He gets extra points for being really funny, too. 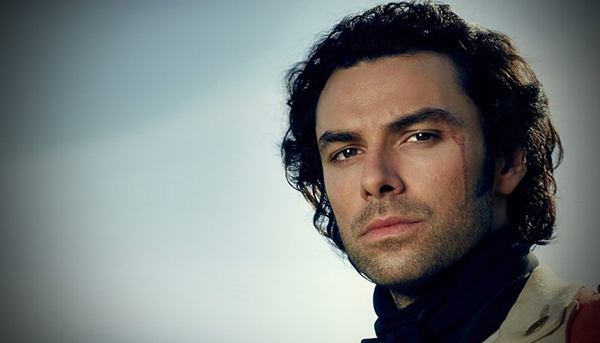 Horror fans can find a conventional hero in southern lawman Rick Grimes or a more unlikely hero in badass, redneck Daryl Dixon, on The Walking Dead.  Daryl, who eats squirrel and apparently isn’t a fan of shampoo, isn’t the stereotypical hero, but he has the essential attributes — especially bravery and loyalty.

My favorite hero of television today, though, by far, is Ross Poldark. Poldark is a historical fiction series based on 12 novels written by author Winston Graham over 70 years ago. The books were the basis of a very successful British television series in the 1970s. They have been recently reborn in a BBC One version featuring actor Aidan Turner.

Debbie Horsfeld, who adapted the books for the most recent television incarnation of Poldark, said that she didn’t usually think about the casting process while she was writing — preferring to see the characters in her head first as she is writing them. This was not the case when it came to Ross Poldark. She had Aidan Turner in mind for the role.  It is easy to understand why.  In the early scenes of the first episode, my 16-year-old daughter described him as the “most attractive person on the planet.” I think she might have even added, “in the history of the world.” He is also an incredible actor.  And I was surprised to learn, in real life, an accomplished ballroom dancer.

Season 1 opens with Captain Ross Poldark fighting for the British in America during the Revolutionary War. Although fighting for the Redcoats, he has a soft spot for the colonists. He returns after the war to his beloved Cornwall — a beautiful, sweeping, landscape with craggy rocks and a turbulent sea. He is one of the gentry, but identifies more closely with the common workers that live on his land, feeling a responsibility to them. He is unconventional, especially for his time, and doesn’t care what anyone thinks of him. He is his own man. And above all, an honorable man, trying to stay true to his convictions.

If you are looking for a series with a great hero to binge watch, those listed above are a just a few of the many from which to choose.  If you want to check out Aidan Turner’s world class portrayal of Ross Poldark, catch up on the eight episode first season (streaming on Amazon and Acorn), before watching the two-hour Season 2 premiere on PBS’ Masterpiece Theater this Sunday.