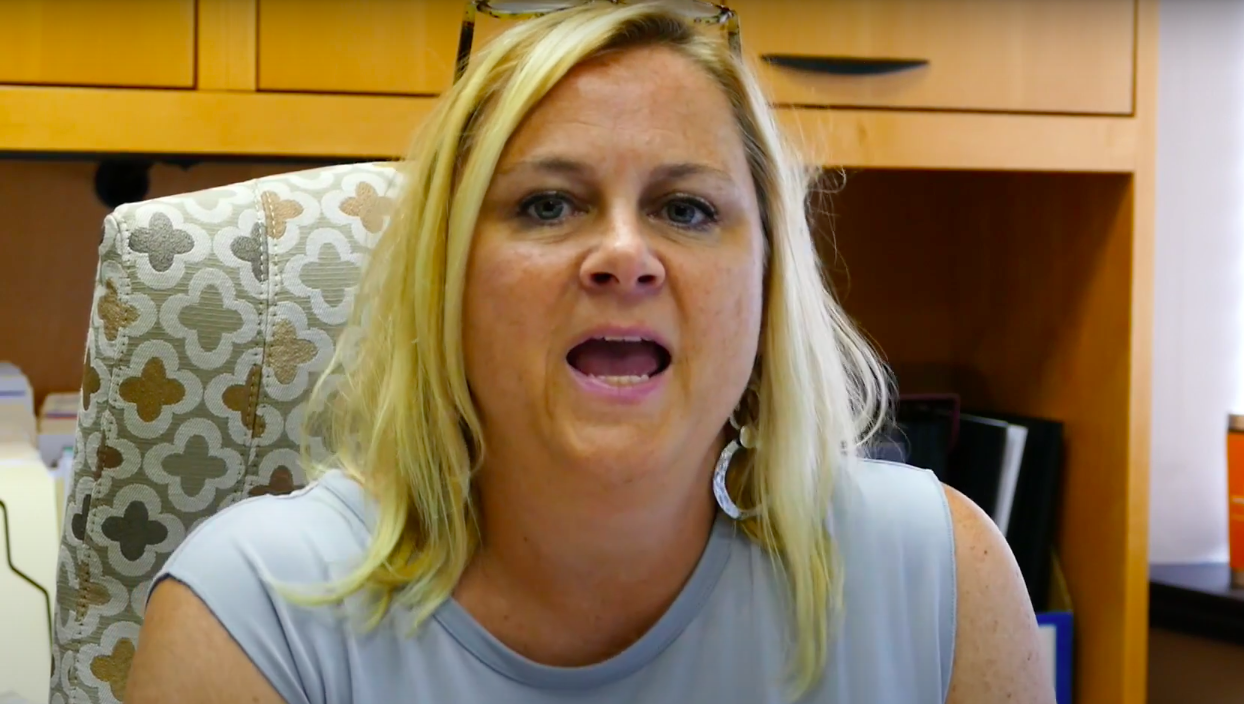 The chief executive of Planned Parenthood of Greater New York, Laura McQuade, was fired Monday after employees alleged in open letters that she is a “toxic leader,” discriminates against black staff members, and focuses on generating maximum profits at the expense of patient safety.

Safety is obviously not at the forefront of Planned Parenthood executives’ minds, as they make their business by killing unborn children. But according to the Planned Parenthood employees’ laundry list of questionable policies, like rushing patient appointments and performing surgical abortions at night, their executives have also set aside concerns for the safety of women in their quest for maximum efficiency in abortion procedures and the big bucks that follow.

The disaffected employees formed a group called “Save Planned Parenthood of Greater New York” and published five open letters, beginning this February, expressing their concerns. Their letter immediately preceding the ousting of McQuade attained the signatures of 350 former and current employees, but most employees have signed on without their last name for fear of retaliation.

“We are seeing an erosion of the very values we thought [Planned Parenthood of Greater New York] stood for,” the employees wrote, “and an increasingly profit- and ego-driven focus that threatens both employee well-being and patient safety.”

“Productivity has become the top priority,” they added, explaining that changes accelerating the rate at which abortions can be performed have been rushed to the point that they do “not allow staff to plan for or implement them thoughtfully or effectively.”

This is not the first time Planned Parenthood has faced allegations of prioritizing revenue over safety. Former Planned Parenthood director turned pro-life activist Abby Johnson has been claiming this for years. In 2011, she wrote for The Hill, “Planned Parenthood has found other ways to increase revenue at the expense of women’s safety. Abortion consultations are now often done without a doctor in the room through online ‘telemedicine.’ … I saw this aggressive push toward more ‘efficient’ telemedicine as risky.”

Save Planned Parenthood of Greater New York published a lengthy inventory of the policies they see as potentially dangerous for the safety of women.

The coalition of employees says that McQuade outsourced call centers away from medical professionals, resulting in “many patients” receiving “incorrect and potentially dangerous medical advice.”

Additionally, they criticize McQuade’s policy of expanding surgical abortion hours to 9 p.m. This is a “threat to patient safety,” the employees say, because surgical abortions are normally performed during the day for “safety reasons.”

Also, the employees say there is “pressure on providers to see more patients and to get patients through a given service more quickly.” The group of Planned Parenthood employees says this “puts patients at risk for potentially serious complications.”

In an especially disturbing claim, the employees say that at Planned Parenthood’s Manhattan clinic, the Margaret Sanger Health Center, there are a disproportionate number of women experiencing “very painful” post-abortion complications. The employees attribute the complications to the “intense” pressure to “increase patient numbers and decrease cycle times” at the clinic.

That’s a serious accusation. Employees from inside Planned Parenthood who support abortion are alleging the organization’s focus on profit-making is having a tangible impact on the health of women who go to their clinics.

It seems these abortion workers are having a wake-up call. Abortion, these employees are realizing, exploits women for a profit. The employees only need to take their thinking a step further to realize that abortion also exploits the killing of children in exchange for revenue in the amount of millions of dollars.

The real and dramatic safety concerns raised by the Planned Parenthood employees emphasize the importance of the Supreme Court’s forthcoming decision about whether or not states can impose greater safety regulations on abortion clinics in an effort to protect the health of women. The case, June Medical Services v. Russo, addresses the safety measure of requiring abortion clinics to employ doctors with admitting privileges to nearby hopitals. Abortion supporters regularly characterize these regulatory efforts as fake and underhanded ways to ban abortion. The Planned Parenthood scandal in New York demonstrates that there are real safety and health concerns that are created by Planned Parenthood’s quest for more cash.

But the charges against McQuade go further than compromising women’s safety out of greed. The coalition of employees also published a letter compiling stories of McQuade’s mistreatment of staff members. The picture they paint is that of a temperamental tyrant with racist tendencies.

“Laura McQuade is a bully and a tyrant,” another anonymous employee wrote. “Her behavior is Trump-like and she uses fear as her primary weapon.”

One employee said that McQuade “likes to tokenize black people” and “divided us by race in a town hall.”

The coalition also says that black employees received less pay and advancement opportunities than their white colleagues under McQuade’s leadership.

“PPGNY, under the leadership of CEO Laura McQuade, has effectively gaslit and silenced their marginalized staff thus creating a toxic work environment,” the employees wrote collectively.

McQuade told the New York Times the allegations against her were false, but said “this is not the time to refute them.”

In their open letter, the Planned Parenthood employees seem to refer to the eugenic motivations of the founder of Planned Parenthood, Margaret Sanger. (In 1932, Sanger said that the government should “give certain dysgenic groups in our population their choice of segregation or sterilization.”) The employees wrote, “Planned Parenthood was founded by a racist, white woman.” That’s a significant concession because Planned Parenthood has repeatedly defended Sanger, calling her “a woman of heroic accomplishments” who was “also complex and imperfect.”

Planned Parenthood similarly defended McQuade through four months of employee backlash. But this week, the resistance got to be too much, and McQuade was let go.

In announcing her firing, a Planned Parenthood spokeswoman defended the policies implemented under McQuade’s watch: “During Laura’s tenure, PPGNY made some important operational changes. But growing concerns raised by our staff made her continued leadership untenable,” said Kerri Lyon Tuesday afternoon.

The statement makes clear that Planned Parenthood condones the behavior of maximizing the efficiency of abortion to make a profit. In fact, that’s their entire business model. But even for those who do not recognize the evil of abortion, the large-scale, systematic, and efficient killing of as many fetuses as possible to drive maximum profits seems extremely distasteful. Planned Parenthood’s greed — and their tyrannical, hysterical executive — has revealed to even their most ardent supporters that something is the matter here.