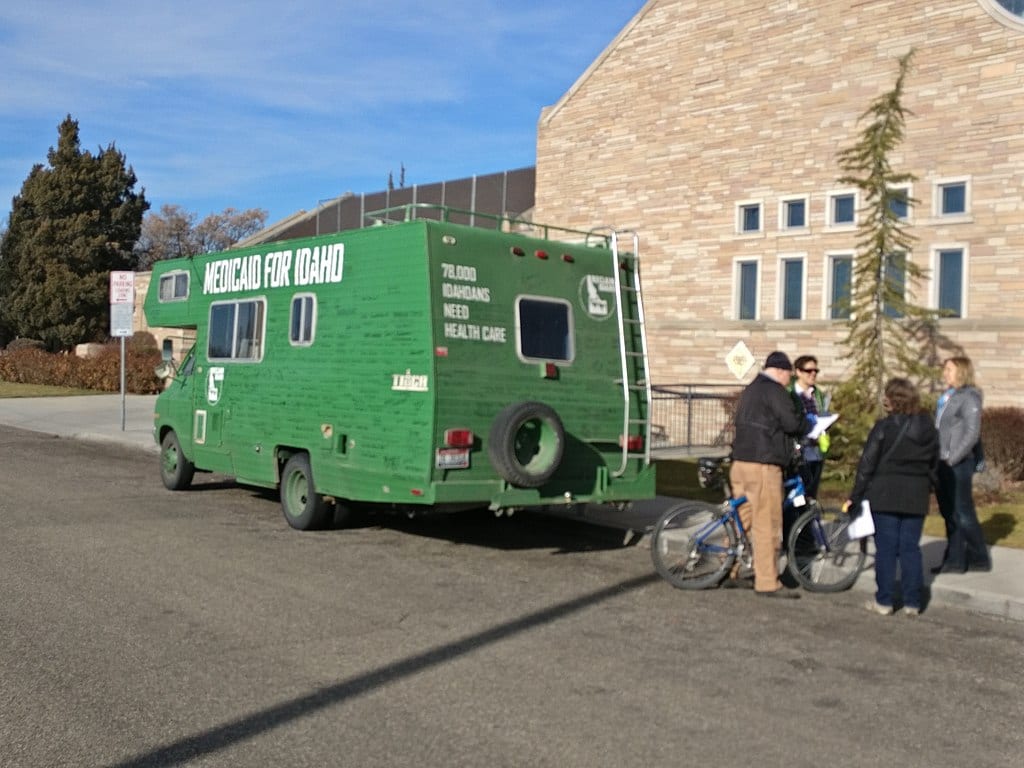 A new study reveals that 21,904 Americans have died while withering away on Medicaid waiting lists in states that expanded the program under Obamacare. The victims were poor and disabled applicants herded to the back of the line to make room for able-bodied adults with incomes above the federal poverty level (FPL). Why would any state pursue such a cruel and unjust policy? Obamacare incentivizes expansion states to shift Medicaid’s focus to able-bodied adults by paying over 90 percent of their coverage costs, while paying less than 60 percent of the costs for covering the truly poor and disabled.

The study, conducted by the Foundation for Government Accountability (FGA), also shows that the Medicaid expansion states still have nearly 250,000 poor and disabled individuals languishing on waiting lists. The financial incentive to favor able-bodied adults has doubled Medicaid spending on them in just three years. They now exceed the number of disabled enrollees by 17.4 million, and the expansion states now spend more on Medicaid for able-bodied adults with incomes over FPL than for low-income children and seniors. Meanwhile the latter are left to die. The butcher’s bill is the highest in Maryland:

The state of Maryland has the highest number of waiting list deaths since their Obamacare Medicaid expansion began: a staggering 8,495 individuals on the state’s waiting list for home-and community-based services have died…. What else happened over that same time period? The state enrolled nearly 300,000 able-bodied adults in their Obamacare expansion.

Louisiana’s waiting list death toll comes in second, and may well have taken the top prize had the state not waited until two years after Maryland to expand its Medicaid program:

When Louisiana Governor John Bel Edwards took office in January 2016, one of his first actions was to unilaterally expand ObamaCare.… As of December 2017, more than 451,000 able-bodied adults are enrolled.… But over that same time period, as billions were being spent on welfare for able-bodied adults, the Louisiana Department of Health reports that 5,534 individuals on the state’s Medicaid waiting list died.

Other expansion states whose Medicaid waiting lists have killed a thousand or more people are New Mexico (2,031), Michigan (1,970), and West Virginia (1,093). The remaining expansion states are mere also-rans, with death tolls ranging from Iowa’s 989 down to Minnesota, which managed to kill only 15 of its poor and disabled citizens. Ominously, the 21,904 death toll reported in the study almost certainly understates the true carnage. Officials from a number of expansion states were unable to provide FGA with complete death totals while others claimed no knowledge of deaths that have occurred among their waiting list applicants.

It will have occurred to some readers by now that the carnage noted above is far higher than the death toll caused by mass shootings. According to a recent Washington Post story, deaths in mass shootings since 1966 average about 54 annually. This is far less than 1 percent of the waiting list deaths caused by Obamacare’s Medicaid expansion. Yet the media, which devotes virtually limitless coverage to any outrage perpetrated by some psycho with a semi-automatic, has ignored the FGA study. Indeed, Obamacare apologists in the media insist that Medicaid expansion is the “reform” law’s greatest success.

But it is not only a failure, it’s a tragedy. Even worse, it is a tragedy that could have been avoided. But, unlike the mass shootings, upon which no proposed gun control law will have any effect, the Medicaid expansion problem can be resolved with a few common sense policy changes. The program was originally designed to provide a safety net for poor children, pregnant women, the disabled, and the elderly. It was never intended to operate like the entitlement program into which Obamacare’s authors attempted to convert it. The first step, then, is to restore Medicaid to its intended purpose. FGA puts it thus:

First and foremost, states that have expanded Medicaid through ObamaCare should immediately begin unwinding these programs through enrollment freezes.… If every expansion state implemented an enrollment freeze, nearly 5.5 million able-bodied adults would be freed from welfare within the first year alone and taxpayers would save at least $581 billion over ten years — all money that would immediately be freed up for the truly needy.

FGA’s second recommendation — allow states to impose work requirements on able-bodied adults as a condition of receiving Medicaid — is already under way. On January 11, CMS announced that it would support “incentives that make participation in work or other community engagement a requirement for continued Medicaid eligibility.” It goes without saying, of course, that the same “news” outlets that have ignored Medicaid’s waiting list carnage went nuts over the idea that able-bodied adults should work in order to receive Medicaid. But CMS has already approved three state requests to impose work requirements.

FGA’s final recommendation is to make a serious effort to reduce waste, fraud, and abuse. The Obama administration prevented this by limiting how frequently states could check eligibility. A fourth step, not suggested by FGA, might also help. If the “news” media showed one-tenth as much outrage over the deaths of nearly 22,000 poor and disabled Americans as they have shown this weekend over the well-deserved termination of one deep state corruptocrat, it would help the cause. But I guess the old maxim, “If it bleeds, it leads,” doesn’t apply to mere proles who quietly perish on purgatorial Medicaid waiting lists.