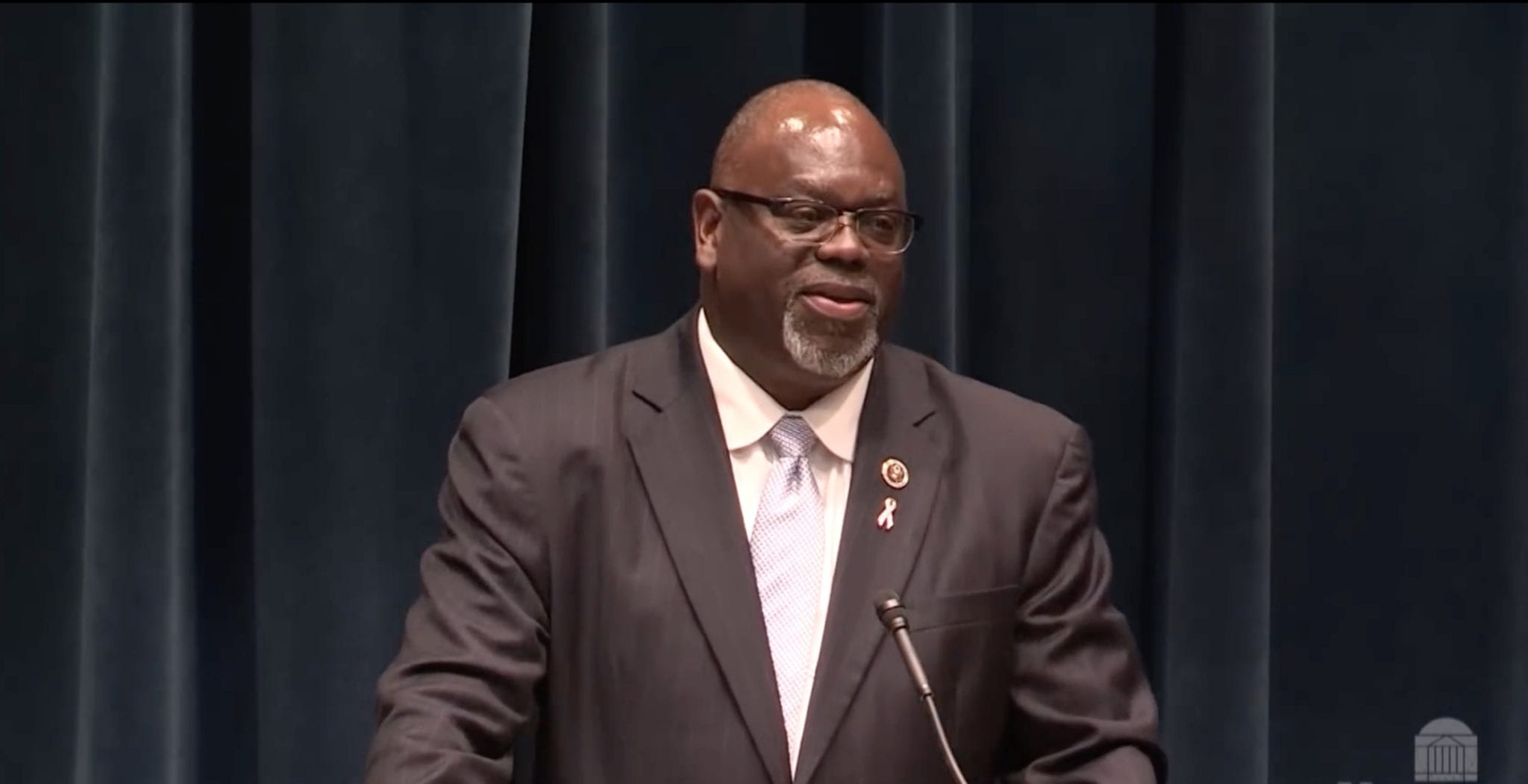 When Chief Justice John Roberts pompously admonished President Trump last year, making the preposterous claim that we “do not have Obama or Trump judges,” Carlton W. Reeves evidently failed to get the memo. This Obama appointee to the United States District Court for the Southern District of Mississippi is a textbook example of a partisan jurist who ignores the law and the will of voters as expressed through their elected representatives. Indeed, Judge Reeves has now escalated his activism by attacking the President and comparing him to a long line of white supremacist Democrats and their partners in the KKK.

Late last week Reeves visited the University of Virginia to accept the Thomas Jefferson Foundation Medal in Law and used his acceptance speech to launch a thinly veiled attack on President Trump. What did the President do to incur the judge’s wrath? He had the temerity to say aloud what most Americans already believe — that leftist partisans like Reeves have presided over countless perversions of justice and seriously damaged the public’s trust in the judiciary. Evidently in an attempt to shield himself and his fellow travelers from further Trump criticism, Judge Reeves delivered himself of this Orwellian diatribe:

When politicians attack courts as “dangerous,” “political,” and guilty of “egregious overreach,” you can hear the Klan’s lawyers, assailing officers of the court across the South.… And when the Executive Branch calls our courts and their work “stupid,” “horrible,” “ridiculous,” “incompetent,” “a laughingstock,” and a “complete and total disgrace,” you can hear the slurs and threats of executives like George Wallace, echoing into the present.

Judge Reeves neglects to note that the Klan lawyers to whom he refers were, like the man who appointed him — Democrats. Likewise, he fails to mention that George Wallace was a lifelong member of that party (but for a brief stint as an Independent in 1968). Indeed, the Reeves rant is uniquely notable for its omissions, like his failure to mention that the authors of the Southern Manifesto whose echoes he allegedly hears in Trump’s criticisms were also Democrats. He then has the crust to reverently invoke Brown v. Board of Education, the landmark civil rights ruling handed down by a Supreme Court led by a Republican Chief Justice.

It will be obvious to any auditor of the Judge’s speech that he isn’t really worried about civil rights or his fictitious “third great assault on our judiciary” as he styles the President’s frequent criticism of the courts. It’s blindingly obvious that Reeves is far more concerned that the era of leftist judges legislating from the bench is at long last drawing to a close. And he is right to be worried. President Trump and the Republican majority in the Senate are reshaping the federal judiciary at a rate that is making the Democrats very nervous indeed. As Ronna McDaniel, chairwoman of the Republican National Committee, points out:

President Trump has delivered 93 federal judges so far, including two Supreme Court justices, 37 circuit court judges, 30 of whom were confirmed during his first two years, and 54 district court judges.… Under this administration, the number of circuit courts with Democratic appointed majorities has fallen from nine to seven. Last month, President Trump flipped the Third Circuit to a Republican appointed majority. He brought the Eleventh Circuit to an even split.

President Trump’s efforts to return the courts to their proper function of interpreting rather than writing statutes comes none too soon, as Judge Reeves’ partisan record demonstrates. An instructive example of his perverse jurisprudence came after the Supreme Court ruled that same-sex marriage was protected by the Fourteenth Amendment. The Mississippi legislature passed the Religious Liberty Accommodations Act (H.B.1523) to protect the rights of individuals and organizations to withhold services from such couples if doing so was consistent with “deeply held religious beliefs.” It was promptly signed into law by Governor Bryant.

Predictably, this precipitated a slew of lawsuits. One of these, Barber v. Bryant, landed in Judge Reeves’ court, whereupon he issued an injunction blocking the law the day before it was due to take effect. That an unelected Obama judge would thwart the will of the voters and their representatives was greeted with outrage. The ruling was challenged in the Fifth Circuit Court of Appeals, which reversed the Reeves injunction on the grounds that the plaintiffs had not been personally harmed. Predictably, the case went to the U.S. Supreme Court. But SCOTUS declined to hear it, resulting in Judge Reeves’ ambivalence regarding that tribunal:

And that brings us to the Supreme Court. It is no doubt overflowing with wisdom. But it is wisdom drawn from a shallow pool.… We have as many justices who have graduated from Georgetown Prep as we have Justices who have lived as a non-white person.… When our Supreme Court captures such a narrow set of perspectives, what truths will it overlook? What Dred Scotts and Plessys… will be handed down?

This was obviously meant to imply that the predominance on the Court by “persons of pallor,” to borrow a phrase from James Taranto, is a result of what Reeves sees as the President’s racism. The judge later makes this charge explicit: “This Administration and a bare majority of the Senate, walking arm-and-arm, are not stumbling unaware towards a homogeneous judiciary.” The Model Code of Judicial Conduct, as elucidated by the American Bar Association, is meant to uphold the “independence, integrity, and impartiality of the judiciary.” It’s obvious that Judge Reeves falls short in all categories. Yet he has been appointed for life.

Reeves didn’t make his outrageous speech because he cares about racial justice or some imaginary assault on the judiciary. He’s part of the problem Trump and the Republican Senate are trying to fix by filling judicial vacancies with such alacrity. They want the courts to command the respect of the American people, and that will never happen while partisans like Judge Reeves remain embedded in the judicial woodwork. If President Trump can clean out that infestation of hacks, his place among the best Presidents will be secure.