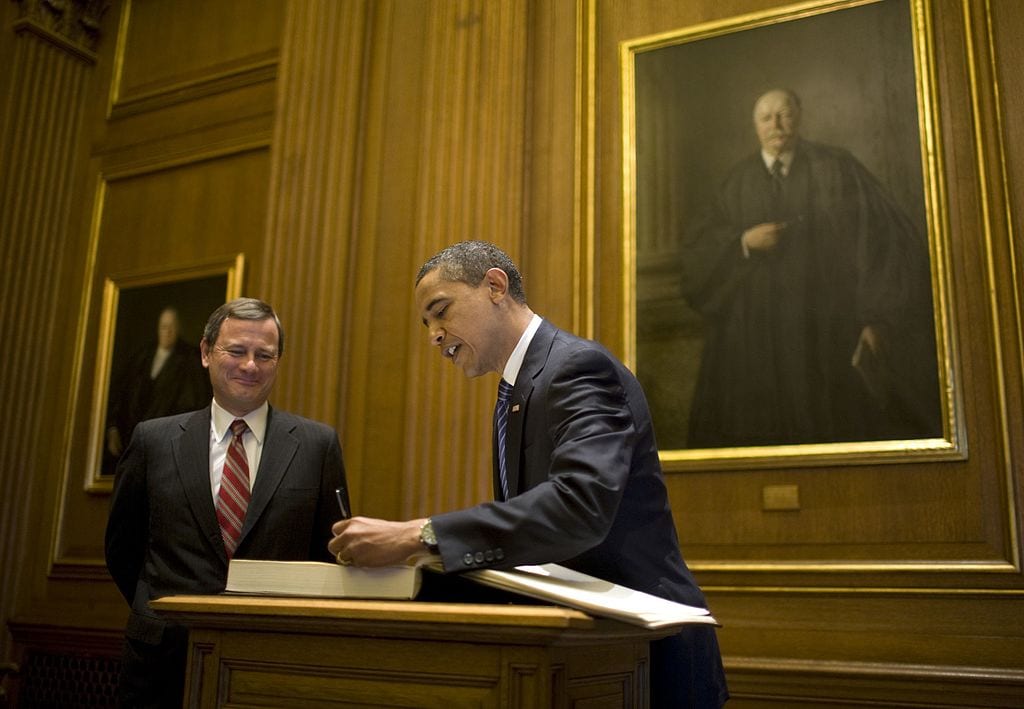 Unless you have been vacationing in a far away galaxy, you will have heard the ululations of Obamacare apologists enraged by the Trump administration’s refusal to defend the health care law against a 20-state lawsuit challenging its constitutionality.Obamacare advocates claim that the failure to defend the ACA in Texas v. United States is an unprecedented dereliction of duty by the Department of Justice (DOJ). This is hysterical nonsense. It is indeed unusual, but the DOJ is by no means obligated to defend a law deemed unconstitutional by the President, as Attorney General Sessions explains in his notification letter to Congress:

The Department in the past has declined to defend a statute in cases in which the President has concluded that the statute is unconstitutional and made manifest that it should not be defended, as is the case here.See Seth P. Waxman, Defending Congress, 79 N.C. L.Rev. 1073, 1083 (2001).

Not coincidentally, this is the very language that erstwhile Attorney General Eric Holder used in his letter advising Congress, in February of 2011, that the Obama DOJ would not defend the constitutionality of the Defense of Marriage Act (DOMA). That decision was cheered by the very people who now accuse the Trump administration of “lawlessness” for not defending Obamacare. Ironically, the very real threat posed by Texas v. United States has its roots in another legal travesty that these people also celebrated — the 2012 Supreme Court ruling in NFIB v. Sebelius. That decision contained the seeds of Obamacare’s destruction.

Chief Justice Roberts, who wrote the majority opinion in NFIB v. Sebelius, rejected the Obama administration’s claim that Congress could impose the individual mandate pursuant to the Constitution’s Commerce Clause. However, Roberts held that the mandate was nonetheless constitutional because its penalty was in effecta tax. He ostensibly reached this conclusion because it was designed to raise revenue and would be enforced by the IRS. The plaintiffs in Texas v. United States argue that this rationale, such as it was, no longer applies because Congress reduced the tax-penalty to zero last year. Their complaint puts it thus:

The Patient Protection and Affordable Care Act…as recently amended, forces an unconstitutional and irrational regime onto the States and their citizens. Because this recent amendment renders legally impossible the Supreme Court’s prior saving construction of the Affordable Care Act’s core provision — the individual mandate — the Court should hold that the ACA is unlawful and enjoin its operation.

In other words, when Congress passed the Tax Cuts and Jobs Act of 2017, NFIB v. Sebelius was converted from a shelter protecting Obamacare to a smart bomb aimed at its most important provision. The 2012 SCOTUS ruling precludes any claim that Congress had the authority to impose the mandate pursuant to its powers under the Commerce Clause. Nor can it be defended as a tax because it will raise no revenue for the government. And the plaintiffs go even further. They argue that the mandate isn’t severable from Obamacare’s other provisions — meaning that the entire law must fall if the individual mandate is ruled invalid:

This claim is based on two features of the law’s text: It contains no severability clause — standard language to the effect that the statute would remain valid even if one or more of its provisions proved to be in violation of existing law — and its explicit assertion that the ACA cannot function without the individual mandate. It’s unlikely that the entire law will be struck down. However, in NFIB v. Sebelius the Obama DOJ argued that the mandate was not severable from two of the law’s crucial provisions — guaranteed-issue and community rating. The judge may seize on this argument and strike down these provisions along with the mandate.

If these provisions are struck down, Obamacare will have been all but nullified. This is why the Democrats and the media have so shamelessly misrepresented the decision not to fight Texas v. United States. Obama’s last CMS administrator Andy Slavitt tweeted the following false claim: “The Trump DOJ tonight just told the courts to dismantle pre-existing conditions protections and other consumer protections.” The most hypocritical claims take the Trump administration to task for not enforcing the law. Ruth Marcus, who celebrated the refusal of Obama’s DOJ to enforce DOMA, wrote the following rubbish in the Washington Post:

This is a huge deal… the administration’s behavior sets a dangerous precedent about the obligation of this and future presidents to follow their constitutional duty to faithfully execute the laws enacted by Congress.… This is not a slippery slope. It is a ski jump into lawlessness.

This kind of hypocrisy isn’t likely to have much effect on the outcome of the case, however. The lawsuit will be heard by U.S. District Judge Reed O’Connor of the Northern District of Texas. O’Connor was appointed by George W. Bush and recently ruled that health care providers cannot be forced to perform procedures that conflict with their religious beliefs. Consequently, he has been the victim of the usual attacks in the media. Yet he has granted standing to a group of 17 Democratic-led states that filed a brief on Thursday night arguing for the preservation of Obamacare, and will no doubt give them a fair hearing.

Successfully defending Obamacare will, however, be a heavy lift. These states will have to convince the judge to ignore the implications of NFIB v. Sebelius in the absence of the tax that Chief Justice Roberts used as a pretext for preserving the mandate in 2012. They will also have to contend with the following assertion from the Attorney General of the United States: “I have determined that the plaintiffs in Texas v. United States are correct that Section 5000A(a) [the individual mandate] will be unconstitutional when the Jobs Act’s amendment becomes effective in 2019.” In the end, Obamacare is just indefensible.