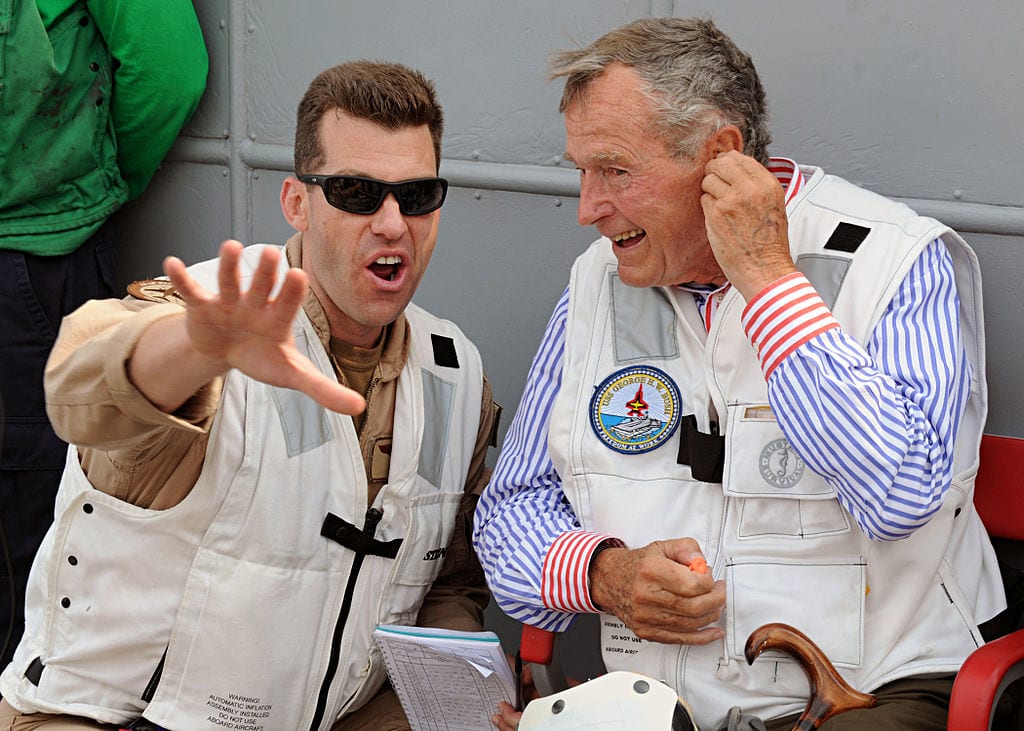 If you believe the character assassination of Brett Kavanaugh by the Democrats and the #MeToo mob is an isolated phenomenon, you’re kidding yourself. Such smears will be the primary weapon they deploy against Republicans throughout the midterms. It’s their only hope of winning majorities in Congress. The GOP is favored to retain their Senate majority, and recent shifts in the generic ballot portend bad news for them in the House. Even worse, Democratic policy proposals range from the merely dumb to the downright dangerous. Without launching a barrage of last minute accusations of sexual misconduct, they will remain in the minority.

The smears have already begun, and the victims aren’t limited to men running for (or members of) the U.S. Congress. Washington State Senator Joe Fain, for example, was targeted last week by a woman who accuses him of raping her 11 years ago. AP reports, “In a tweet Thursday afternoon, Candace Faber said Republican state Sen. Joe Fain sexually assaulted her in 2007 the night she graduated from Georgetown University in Washington, D.C.” Fain denies the allegation, of course, but says he’ll work with the investigators: “I invite and will cooperate with any inquiry.” But here’s the passage of this story that should give you the creeps:

Faber explained later in a statement that she was inspired by Christine Blasey Ford, a California psychology professor who told the Senate Judiciary Committee Thursday that Kavanaugh sexually assaulted her when the two were teenagers. Kavanaugh fiercely denied Ford’s claims.

In other words, the disease is metastasizing. Meanwhile, political action committees are being created by #MeToo activists for the specific purpose of going after hapless Republicans. The Enough Is Enough Voter Project, for example, is allegedly committed to making violence against women “a voting issue.” These social justice warriors believe that large numbers of politicians at the state and national level have escaped meaningful consequences despite being “credibly accused” of serious sexual misconduct — including the failure to vote for certain bills. And, as suggested above, all of the politicians they target have one thing in common:

The committee is focusing on five candidates for 2018, all Republicans, including Steve Von Loor, a North Carolina Republican Congressional nominee who has been accused of domestic violence; Minnesota Congressman Jason Lewis, who is running for re-election and has made demeaning statements about women; and David Byrd, a Republican incumbent state representative in Tennessee who has been accused of sexually abusing his former high school basketball players.

Why are there no Democrats on the hit list? “The committee is eyeing Democrats for the next primary,” Michele Dauber of Enough is Enough told the Palo Alto Weekly. Right! In reality #MeToo has only gone after a few Democrats, like Al Franken, who were likely to be defeated in their next elections or were on the verge of retirement. But most of the politicians forced to resign from office have been Republicans. Former GOP Representative Patrick Meehan, for example, was forced to resign last April 27 after being accused of sexual harassment. Democratic Representative Tony Cárdenas, on the other hand, is still in office despite the discovery last May that he is the subject of a lawsuit alleging he molested a 16-year-old girl.

But wait! There’s more: Republican Representative Trent Franks resigned last December pursuant to sexual-harassment allegations. Meanwhile, Democratic Representative Robert C. Scott remains in office after another member of the Congressional Black Caucus accused Scott of inappropriately touching her. GOP Representative Blake Farenthold resigned pursuant to a sexual harassment episode that occurred in 2014. And, of course, there’s Democrat Representative Keith Ellison, who physically abused a former girlfriend, but he’s a special case in as much as he will likely be Minnesota’s next Attorney General (what’s wrong with the voters up there?).

So, if you’re a Republican Congressman, you must resign if you are the subject of “credible accusations.” If you’re a Democratic Congressman you get to stay unless, like John Conyers, you’re pushing 90, and would have retired soon anyway. Not that being elderly does you much good if you’re a Republican. At age 93, George H.W. Bush has been “[in]credibly accused” by several women despite having been confined to a wheelchair for nearly six years. What about state politicians? It’s pretty much the same story. Most of the Republicans lose their seats or must withdraw their candidacies. The Democrats, however, usually skate.

Perhaps this why a new survey conducted by the Public Religion Research Institute finds that 56 percent of Republicans would still consider voting for a candidate who has been accused of sexual misconduct. Republicans, unlike Democrats, are smart enough to understand that women are individual human beings rather than mindless members of an identity group. They know that women, being human, sometimes lie. They also know that women are capable of making false allegations against political candidates or Supreme Court nominees. This is why most Republicans, male or female, also like something they call “corroboration.”

And that is precisely what will be missing from the last minute barrage of sexual abuse charges that will rain down on Republican heads as we approach the midterms. And this, in turn, is why GOP candidates should not cave as soon as they are accused, and it is why Republican voters should support them if they are innocent. The burden of proof should be placed on the accusers and if they can’t produce more corroboration than Christine Blasey Ford has provided against Brett Kavanaugh, they should be ignored. And, make no mistake, the false accusations and the scurrilous smears are coming. It’s time to get your BS detector tuned up.