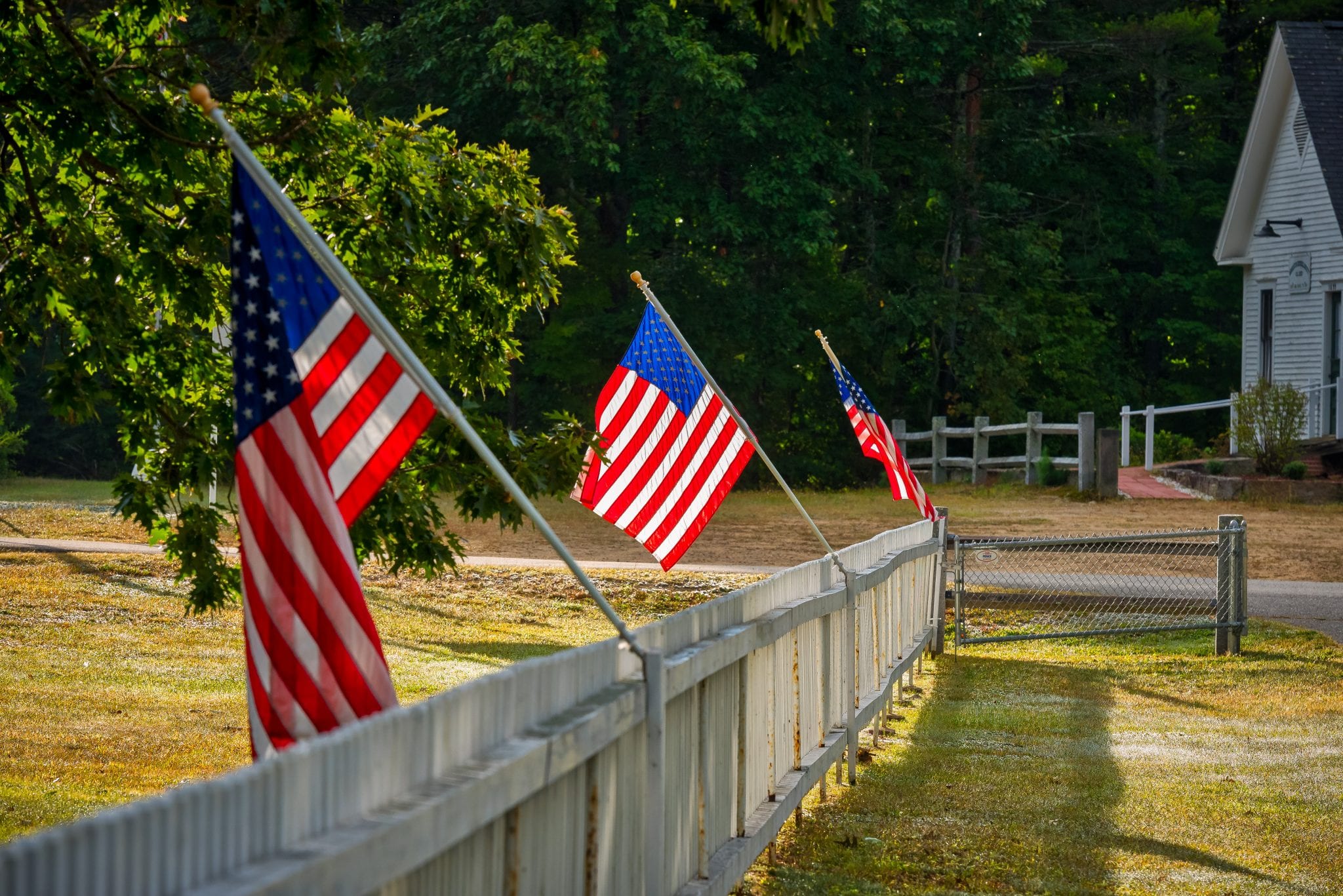 I grew up in the small town of Lunenburg in the Northeast Kingdom of Vermont. It was back when there were more cows than people in what was then primarily an agricultural state and when those people were predominantly Republican. It may only be correlation and not causation, but after the ratio of cows to people declined, Republicanism also declined in Vermont and Bernie Sanders manifested himself. But before that, and in my corner of the state, we didn’t doubt American exceptionalism.

In my school, we all stood as we said the Pledge of Allegiance. We were taught to admire our national heroes and respect America’s system of government. We also took great note of Memorial Day. There was an assembly for parents and the public, with the students of every grade performing some patriotic song or recitation of appropriate poetry. The first graders might sing a spritely “Yankee Doodle” while waving small flags, sometimes striking each other about the head and shoulders in the process. A 5th grader might recite the first stanza of “In Flanders Fields,” followed by another doing the second stanza with a chorus finishing the poem by somberly reciting the last. We’d sing songs you’re unlikely to hear school kids sing today like “The Battle Cry of Freedom,” with its hearty line “Down with the traitors, and up with the stars.” We sang the songs of the military services including the older version of the Army’s song with the rollicking lyric “The caissons go rolling along,” and the Air Force’s song, best known for its first line, “Off we go into the wild blue yonder.” We boys liked the line further on that goes, “Down we dive, spouting our flame from under / Off with one heckuva roar!” I didn’t learn till decades later that the lyric was actually “Helluva,” not “heckuva.” “Hell” was one of those words we kids weren’t supposed to use, “heck” being the preferred substitute in those more well-mannered times. A scrupulous teacher had amended the mimeographed lyrics she’d given so as not to offend our audience or corrupt our young minds.

On a few occasions, before the public performance, when Vermont’s often uncooperative spring weather was amiable, teachers would convoy students to the adjacent town common to place a bunch of flowers, paid for by a collection of dimes and nickels, at the foot of the tall statue of a Union soldier memorializing the dead from the Civil War. The common had a second tribute to that war, a Confederate cannon we kids had been told was captured on some far southern battlefield. After the fighting ended, the War Department had dispersed such booty across the North. Our town’s portion was a nasty-looking bit of iron that now pointed at the only federal edifice in miles, our U.S. post office. I always thought it looked hungry for more Yankee carnage. On the Fourth of July, you could count on someone feeding it a large firecracker but that would produce just a paltry pop compared to what it must have thunderously boomed at our boys in blue.

The Union soldier wasn’t the only memorial to war dead on our town common. At one end of its elm-covered space was a stately Congregational church. It was a white, tall-steepled edifice so typical of New England that it was once reported to be one of the most photographed churches in America. At the side of the common by Main Street, it had a glass-faced church notice board. Such boards display the coming Sunday’s sermon and other important church news such as when a bean supper or a charity bazaar might be held. During World War II, the church proudly placed the names of the town’s young men serving in the military upon it. As the war progressed, more names were added. Lunenburg is a small town with a population that has never broken 1,400 in its two and a half centuries of existence, but the list grew longer till there wasn’t room for reporting the coming sermons or community events. As the war progressed, a small gold star would be placed by a name if that serviceman had been killed — one, then two, then more gold stars were added. Eventually, the war ended, but a curious thing happened. The church didn’t take down the names. They were still there when I was a boy in the 1960s.

We boys and girls used to play hide and seek on the common, running from one end to the other, hiding behind the town bandstand, the elm trees, the cannon, or the Civil War memorial. A boulder that peeped up through the grass served as home and safe. In fall, the elms would dump yellow leaves that tired town workers would rake into mountains we’d spoil by crashing into them over and over. They didn’t mind much and would laugh at our laughter if they caught us at it. I remember stopping by the notice board during a pause in a game with a couple of friends. One pointed to a name with a star and said, “He’s my uncle. My mom says I’m named after him.” We ran our fingers over the glass, matching other names with stars to other classmates’ families, then went back to running and shouting, just kids quick to play.

Lunenburg has seen some thin times since I left decades ago. The elegant elms on the common have been decimated by Dutch elm disease. The town’s paper mill closed, with its machinery reportedly shipped to China. There are far fewer farms and derelict barns with sagging, bent roofs are common. Pastures that were once home to crowds of placidly grazing cows are empty and being encroached upon by creeping forest. The town has changed, but in important ways, it hasn’t. The Congregational Church still stands, its steeple just as sharp, and it has recently got a new coat of white paint. Its notice board is gone but the town’s soldiers aren’t forgotten. A nice granite memorial has been erected on the common, recording those who went off in uniform in World War II and in America’s other recent wars. Over it fly the U.S. flag, the Vermont state flag, and the POW flag, and you can be certain the memorial is well tended with a wreath each Memorial Day. Still, that church notice board had more power.

The notice board was humble and simple, but the gold stars on it reported the dead as news, something still raw and stinging even as the seasons and years passed. There it was, calling you to grieve for your neighbor’s boy who roared around town in that noisy jalopy, for the terrific pitcher who dreamed of playing for the Red Sox, and for the librarian’s beau who sent sweet and funny letters to her from overseas that suddenly stopped. It was there on the notice board as if the grim news had come just that morning.

Time soothes loss, but it shouldn’t be forgotten. On Memorial Day we need to keep fresh the memory of what it took to keep us a free people. Remember those who left us that legacy. Remember the men and women who never got to know their nephews and nieces or to watch their own children play on some town common. Remember them, and be grateful.