by David Catron
Trump rally in Anaheim, California, May 25, 2016 (mikeledray/Shutterstock.com) 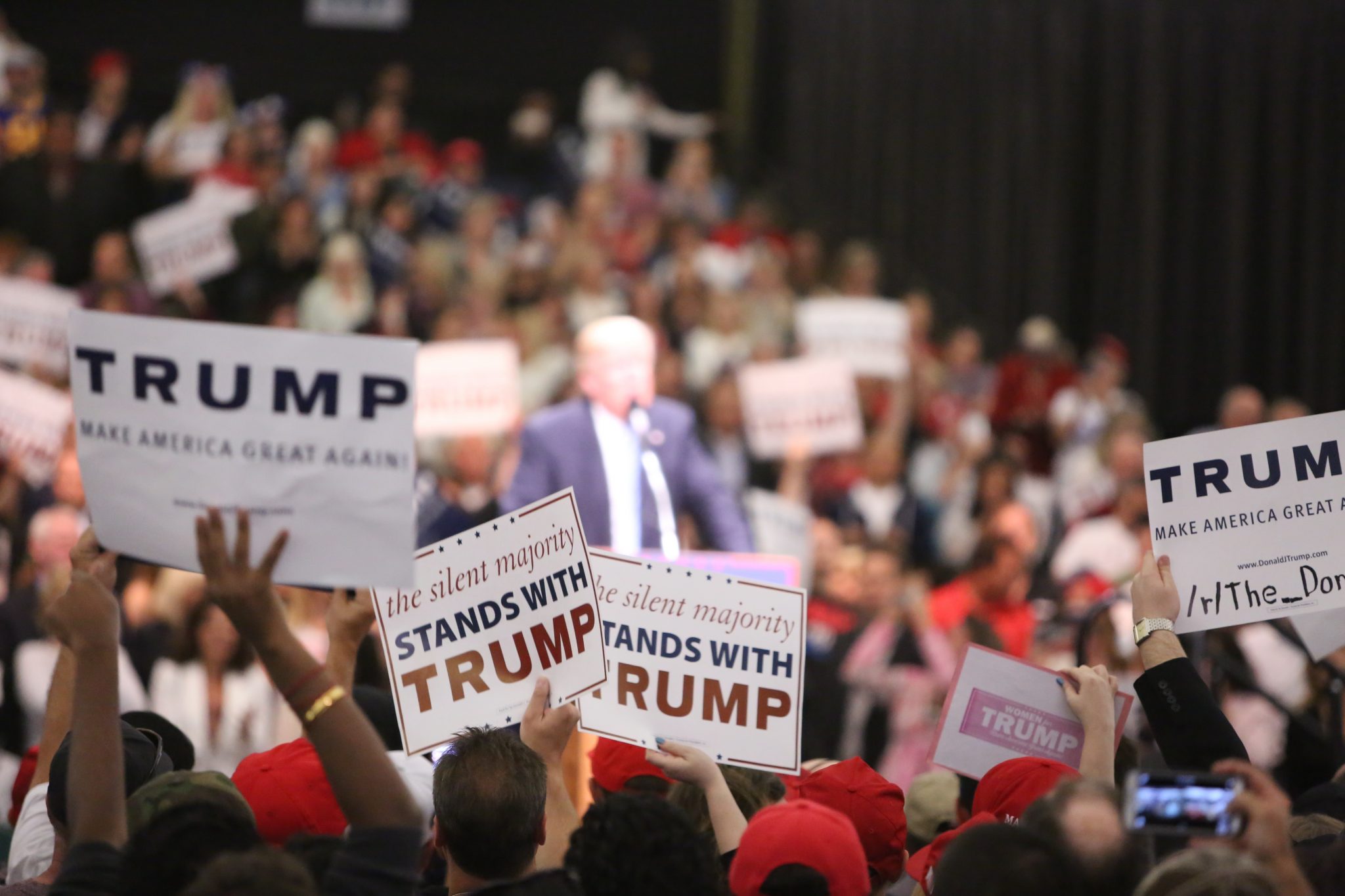 While the Democrats continue to pursue an endless lawfare campaign against former President Trump, their confederates in the corporate media are calling for the excommunication of Republicans from American politics. Indeed, they insist that the party of Lincoln now consists primarily of delusional members of the “Trump cult” whose continuing presence in the public square constitutes a clear and present danger to the republic. As MSNBC’s Lawrence O’Donnell expressed it Wednesday evening, “53 percent of Republicans fail a basic mental competency test question, who is the president of the United States.” O’Donnell’s view is metastasizing in the media. Jennifer Rubin passes judgment as follows in the Washington Post:

There is no way to “understand” MAGA voters, nor is there is any possibility of reaching political agreement with them. They are beyond the bounds of rational political debate. Those who comprehend how dangerous such delusions are in a democracy must break away from them, not enable them to win elections.

There is no longer any reason to try to “understand” these people. Nor should there be any compunction about doing whatever we can to read them out of American politics … They should be considered anathema, as should the entire Republican Party and the modern conservative movement that animates it.

These tirades were part of an avalanche of opprobrium from the commentariat pursuant to the latest Reuters/Ipsos poll showing that a majority of Republicans believe the 2020 general election was characterized by rampant corruption. Fully 56 percent think that “illegal voting or election rigging” produced an illegitimate result, and 53 percent believe that the actual winner of the presidential election was Donald Trump. People like O’Donnell, Pierce, and Rubin profess to be surprised by this poll, despite similar findings by numerous surveys conducted over the past six months. As far back as November 9 of last year, a Politico/Morning Consult poll found that 70 percent of Republicans were skeptical of the election results.

After several more polls produced similar responses, the “Big Lie” narrative emerged and became ubiquitous throughout the media. This claim that all doubts about the conduct and results of the election sprang from Trump’s “seditious” rhetoric serves two purposes: It enables the media to make sly comparisons between Trump and Hitler while portraying his supporters as racist, homophobic, sexist Brownshirts. Such people, the narrative goes, are by definition unfit to participate in a civilized democratic process, and it has now become the duty of every conscientious journalist to shame them into submission. The following hysterics from Ryan Cooper at the Week are the inevitable result of this kind of nonsense:

The Capitol putsch on Jan. 6 was the most serious attack on American democracy since 1861. An armed mob stormed the seat of the national legislature, with the backing of sitting President Donald Trump, and attempted to disrupt the certification of President-elect Joe Biden — the dictionary definition of an autogolpe. Members of Congress and Vice President Pence narrowly escaped with their lives.… What happened on Jan. 6 was just one part of a huge effort to overturn the 2020 election — through the courts, bullying local officials, and finally an outright putsch.

You will note that the third word in Cooper’s piece is “putsch.” This heavy-handed allusion to the “Beer Hall Putsch,” a failed attempt by the Nazis to overthrow the Weimar Republic in 1923, is typical of the trite innuendo that has thoroughly infected the Fourth Estate. In addition to parroting our president’s absurd claim that the Jan. 6 riot was “the most serious attack on American democracy since 1861,” his claim that members of Congress and the vice president “narrowly escaped with their lives” is ridiculous. As Sen. Ron Johnson (R-Wis.) put it, “This didn’t seem like an armed insurrection to me.… How many shots were fired?” The answer is, of course, precisely one — that which killed unarmed Air Force veteran Ashli Babbitt.

Cooper’s overarching theme is that the “insurrection” never stopped. Nor is his view unique on the left. That Trump antagonist Rep. Liz Cheney (R-Wyo.) lost her House leadership position while his allies plan to run for key state offices is seen by these people as evidence that he owns the GOP and will use it to destroy democracy. University of Florida Professor Michael McDonald recently tweeted, “The threat to America’s continued existence as a democracy has only increased since Trump’s defeat.” How does demoting unruly members of the GOP leadership and running Trump allies in off-year state elections threaten democracy? McDonald doesn’t say, but he refers us to a Politico article that explains the menace:

Republicans who sought to undercut or overturn President Joe Biden’s election win are launching campaigns to become their states’ top election officials next year, alarming local officeholders and opponents who are warning about pro-Trump, “ends justify the means” candidates taking big roles in running the vote.… Now, they are running for secretary of state in key battlegrounds that could decide control of Congress in 2022.… The secretary of state campaigns will also be tests of how deeply rooted Trump’s lies about the election are in the Republican base.

None of the challenged incumbents can credibly claim to be competent or even honest. So their GOP challengers must be misrepresented as somehow dangerous. Their support of former President Trump during and after the 2020 election must be portrayed by the media as the behavior of cynical opportunists. As to Trump voters, they must be written off as delusional members of a personality cult composed of racist, homophobic, sexists with an inclination toward violence. They must be “othered” and banished from the public square.