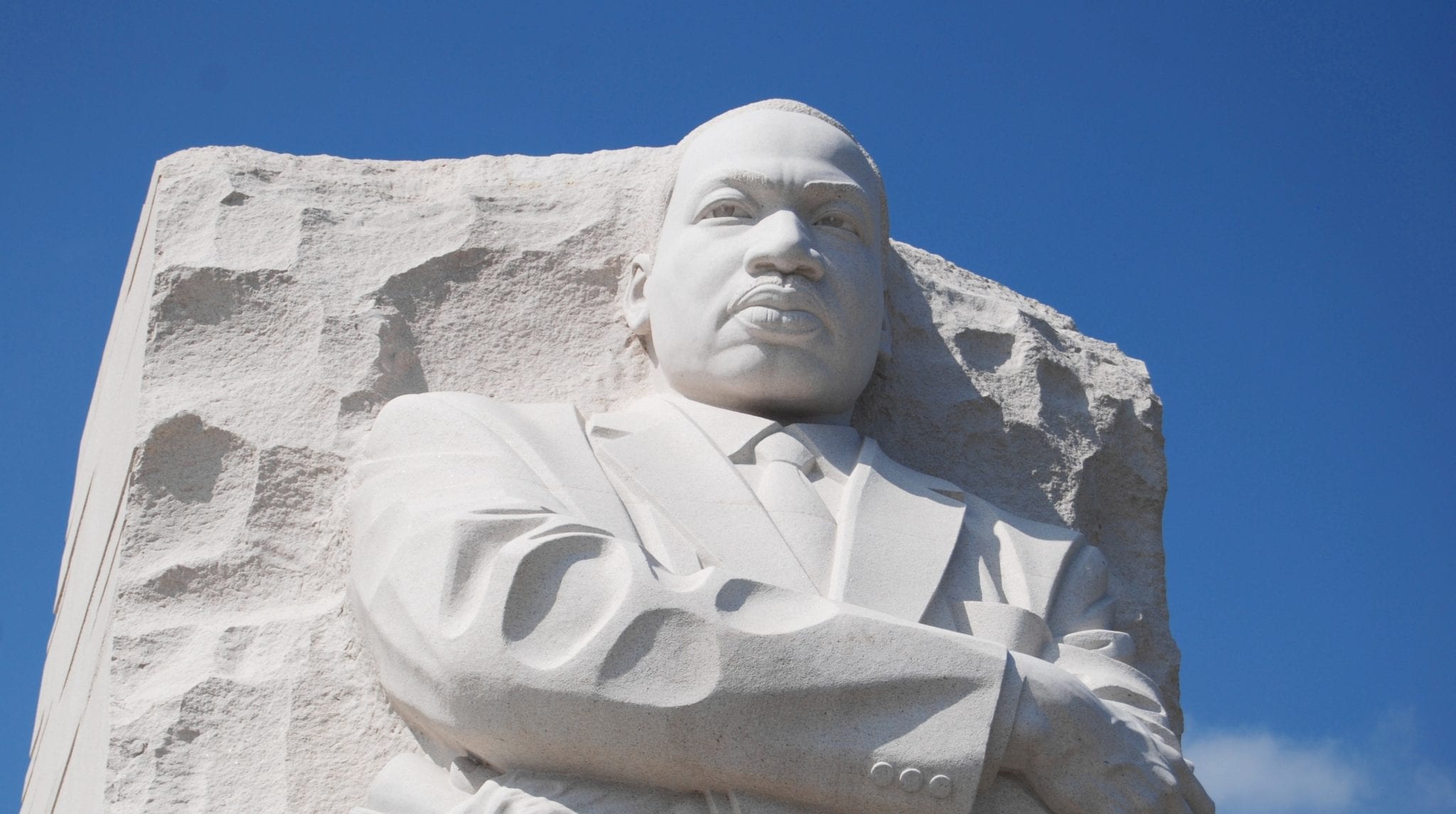 The FBI investigated him under the pretext that his aides included people loyal to the Russian government rather than their own. They used electronic surveillance to spy on him. They pored over salacious material of a sexual nature. The administration that initially authorized the spying denied, denied, denied.

The parallels between the peeping-tom state that surveilled Donald Trump in 2016 and Martin Luther King more than a half-century earlier appear uncanny. Those parallels diverge when it comes to the mass media covering the ill-gotten, and surely in some cases false, information.

The UK’s Guardian commissioned David Garrow, a Pulitzer Prize-winning biographer of Martin Luther King, to write an article detailing his shocking discoveries about the civil rights leader’s behind-closed-doors behavior, before pulling out with a kill fee. “Garrow had similar experiences with the Atlantic magazine and with the Washington Post — both of which he had written for before,” Michael Mosbacher writes at Standpoint, which publishes the controversial article on Thursday. “Conservative magazines in the US also felt the story was too risky to run. The same response came from a web magazine whose raison d’être is to fight for free speech. When Standpoint decided to publish it, the longest essay we have ever run, I approached a prominent British historian to write an article putting the revelations into context. The response: ‘No way! I’ll try to think of someone else who has the guts to drink from that particular poisoned chalice.’”

The revelations say something unpleasant both about King and the FBI, which bugged hotel rooms where he slept and expected privacy. Surely if a private citizen acted in the way FBI agents did their names would eventually appear on a sex-offender registry. Law enforcement officers listening to what they characterized as a rape without intervening exposes the prurient nature of the investigation. “Well, the FBI is — from J. Edgar Hoover (why is his name still on the building?) to James Comey — a government unto itself, as we have been constantly reminded of late,” Roger Simon, a 1960s civil rights activist, writes at PJMedia. “Let us hope they, and others, get the mammoth house cleaning they deserve.”

But King’s antagonists remain mostly anonymous and beyond accountability; the Baptist minister’s deeds appear in publications around the world — but not much in the nation King called home. A Google search shows Garrow’s research making headlines in India, the UK, Russia, and points beyond. In the United States, listen to the crickets. This says something about the curiously incurious American media.

American journalists, who normally salivate over throwing mud on historical figures and find themselves in hysteria mode over the sexual conduct of comedians, producers, anchormen, and those far lower on the totem pole than King, balk at reporting on the finds of a writer to whom they once awarded a Pulitzer. #ThemToo. Apart from King emerging as a secular saint posthumously, making unflattering truths a sort of blasphemy, the allegations put off because they strike as so off putting. Nobody, perhaps least of all Garrow — a member of the Democratic Socialists of America — wants to write something nasty about a man responsible for so much good. The allegations make one feel ill in a literal sense.

“The FBI document says: ‘When one of the women protested that she did not approve, the Baptist minister immediately and forcefully raped her’ as King watched,” the Daily Mail reports. “He is alleged to have ‘looked on, laughed and offered advice’ during the encounter.”

“I always thought there were 10-12 other women,” the London Times quotes Garrow as saying, “not 40-45.” He comes to this conclusion after reading FBI summaries of audio surveillance of King. The tapes remain under lock-and-key at the National Archives until 2027. Raw FBI reports, particularly ones that rely on informants, often relay gossip and rumors and lies told by those looking for some advantage. Because these reports come straight from audio tapes, their level of authenticity, one presumes, likely rises to a higher level than other information gathered by the bureau. Perhaps the summaries exaggerate the bad, and in some cases criminal, behavior on the tapes. But did agents really just make it all up? Surely, some of the participants still live to refute or corroborate the allegations. Beyond this, a Pulitzer Prize-winning historian so obviously sympathetic to King and his aims vouching for the information grants it credibility. “It poses so fundamental a challenge to his historical stature,” Garrow says of what he saw in the archives, “as to require the most complete and extensive historical review possible.”

Martin Luther King may or may not be, as Standpoint editorializes, “the Harvey Weinstein of the civil rights movement.” But he’s not Donald Trump, which helps explain the journalistic indifference.