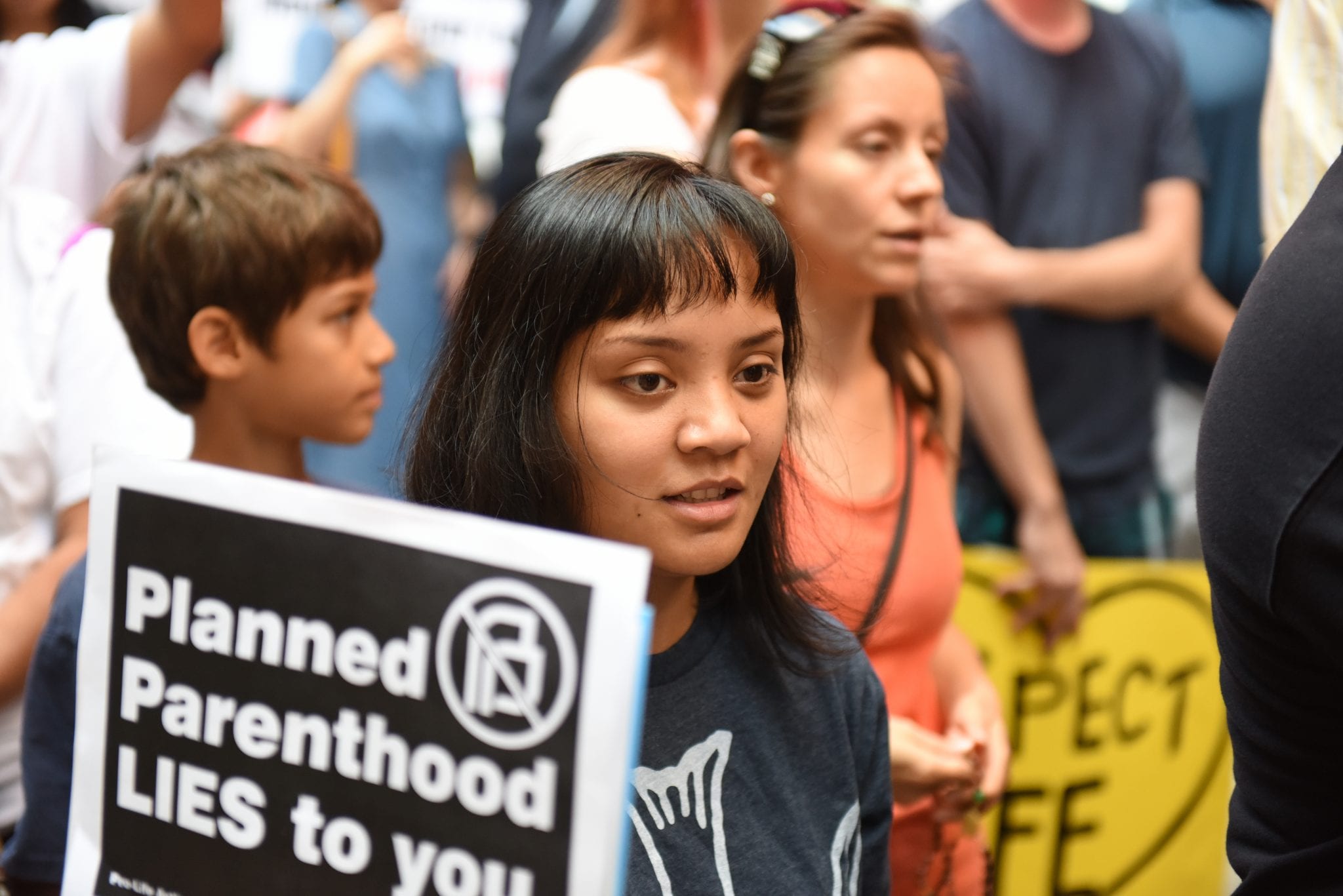 I just got back from New York, where I participated in a screening and discussion of Robert Orlando’s outstanding new film documentary on Ronald Reagan and Pope John Paul II, titled, The Divine Plan, held at the Sheen Center for Thought and Culture.

The Sheen Center is named for the late, great Bishop Fulton Sheen. It’s an oasis in Manhattan, a few blocks from the wonderful Little Italy section, captured so vividly over the years by the beautiful work of Martin Scorsese.

The Sheen Center is located at 18 Bleecker Street, on the corner of Bleecker and Elizabeth. The marker on the base of the building has the year of construction (1926) etched in stone with a cross. The cross harkens back to the days when the building was a Catholic school. Abutting the Sheen Center is what used to be Our Lady of Loreto Church, where the likes of Scorsese would have attended Mass, among numerous other parishes within a stone’s throw, such as the historic Old St. Patrick’s Cathedral, where Scorsese was an altar boy and where the cemetery wall remains that once nearly served as a barricade for Irish Catholics to defend not only their church but their religious freedom during a time of violent anti-Catholicism.

Sharing that same block, abutting the Sheen Center, is the original Planned Parenthood center founded by Margaret Sanger. The address is 26 Bleecker, where the clinic sits on the corner of Bleecker and the famous Mott Street. A sign informs passersby that this is Margaret Sanger Square.

This was a haunt of Maggie back in the day, when she would have rubbed shoulders with numerous Irish and Italian Catholics. Her mother had been a devout Irish Catholic, and if her mom had followed Margaret’s fanatical obeisance to birth control, Margaret might have never been born.

Back in the day, Margaret also would have crossed paths with Dorothy Day, whose Catholic Worker offices still sit right up the street.

Today, Day’s Catholic Worker is not nearly as prolific as it was, but Sanger’s Planned Parenthood is as prolific as ever. It leads America in not only contraceptives but abortions.

They reportedly do abortions at the Planned Parenthood shop on Bleecker, with occasions of women being escorted out in wheelchairs because of botched procedures. I noticed many African-Americans in the neighborhood. As every liberal knows, or should know, unborn black children are far and away disproportionate victims of Planned Parenthood’s abortion business. Planned Parenthood clinics are almost always located in or near black communities.

That visit to Bleecker got me thinking about the column I posted here at The American Spectator last week, on how New Yorkers (as well as people in Philadelphia) have banished Kate Smith’s “God Bless America” because of the discovery of Kate having sung two songs that contained racial references that we today consider offensive. I find this most ironic: Kate Smith’s songs cannot begin to compare to the sheer offensiveness of what Margaret Sanger did racially.

Sanger preached a gospel of “race improvement” and denounced what she called “human weeds” and “morons” and “idiots” and “imbeciles” and the “dead weight of human waste.” She took that message to some outrageous audiences. In May 1926, Sanger spoke to the women’s chapter of the KKK in Silver Lake, New Jersey, which she wrote about on pages 366-367 of her 1938 autobiography.

Yes, the Ku Klux Klan. The founder of Planned Parenthood accepted an invitation to and spoke to the KKK. She was a smash-hit.

Do liberals complain about this today? No. Liberals revere Sanger. If there was a Progressive Mt. Rushmore, they’d have long ago chiseled Maggie’s mug on the mountain.

Hillary Clinton glows that she is “in awe of” Sanger. She said so in 2009 upon receiving Planned Parenthood’s “highest honor” that year: its coveted Margaret Sanger Award. Likewise effusive was Nancy Pelosi when she proudly accepted the award in 2014.

That phrase, “creating a race of thoroughbreds,” once beamed across the masthead of Sanger’s Birth Control Review. Writing in her Birth Control Review in October 1921, Sanger celebrated: “Today eugenics is suggested by the most diverse minds as the most adequate and thorough avenue to the solution of racial, political, and social problems.” She lamented “the inferior classes, the fertility of the feeble minded, the mentally defective, the poverty stricken classes,” and insisted that “the most urgent problem today is how to limit and discourage the over fertility of the mentally and physically defective.” (Margaret Sanger, “The Eugenic Value of Birth Control Propaganda,” The Birth Control Review, October 1921, p. 5.)

This was cruel albeit typical of Sanger’s acid-tongued rants and musings, from her numerous articles in her Birth Control Review to her foundational book, The Pivot of Civilization, not to mention Lord knows what the woman said in her KKK speech.

All of which brings me back to Kate Smith.

We can certainly criticize Smith for racially insensitive songs from the era. That said, I don’t know of Kate Smith advocating anything as offensive or damaging as what Sanger and her Planned Parenthood abortion mills have done to black Americans.

I don’t know of Kate Smith ever addressing a Ku Klux Klan rally.

I don’t know of Kate Smith writing and lecturing on “race improvement” or ever being involved in a Negro Project to limit and manage the biological reproduction of black women, as Sanger did.

And yet, while Smith’s “God Bless America” (a song with no racial references, of course) has been blacklisted from New York Yankees (and Philadelphia Flyers) games, liberals name streets and squares and awards after their beloved Sanger. While the marvelous progressives of Philadelphia are covering Kate Smith’s statue, the bust of Sanger in the Smithsonian remains, despite vigorous protests by black pastors.

An enterprising conservative ought to do an internet search to find out just many places and things (start in New York and Philadelphia) are named for Margaret Sanger. In keeping with liberal notions of fairness and equality, it would seem that these places should immediately be pressured, petitioned, hounded to remove references to Sanger.

Fat chance. Liberals find astonishingly creative ways to bend over backwards to defend Sanger on race, in ways they’d never do for someone they don’t like, certainly not for a conservative, and obviously not for Kate Smith.

Margaret Sanger continues to provide a constant reminder that liberals really aren’t against racial insensitivities. A Sanger devotee like Hillary Clinton can even crack jokes that black men “all look alike” and elicit howls of laughter from liberals. Liberals, it seems, aren’t entirely against racially offensive statements and actions. It simply depends on the offender.