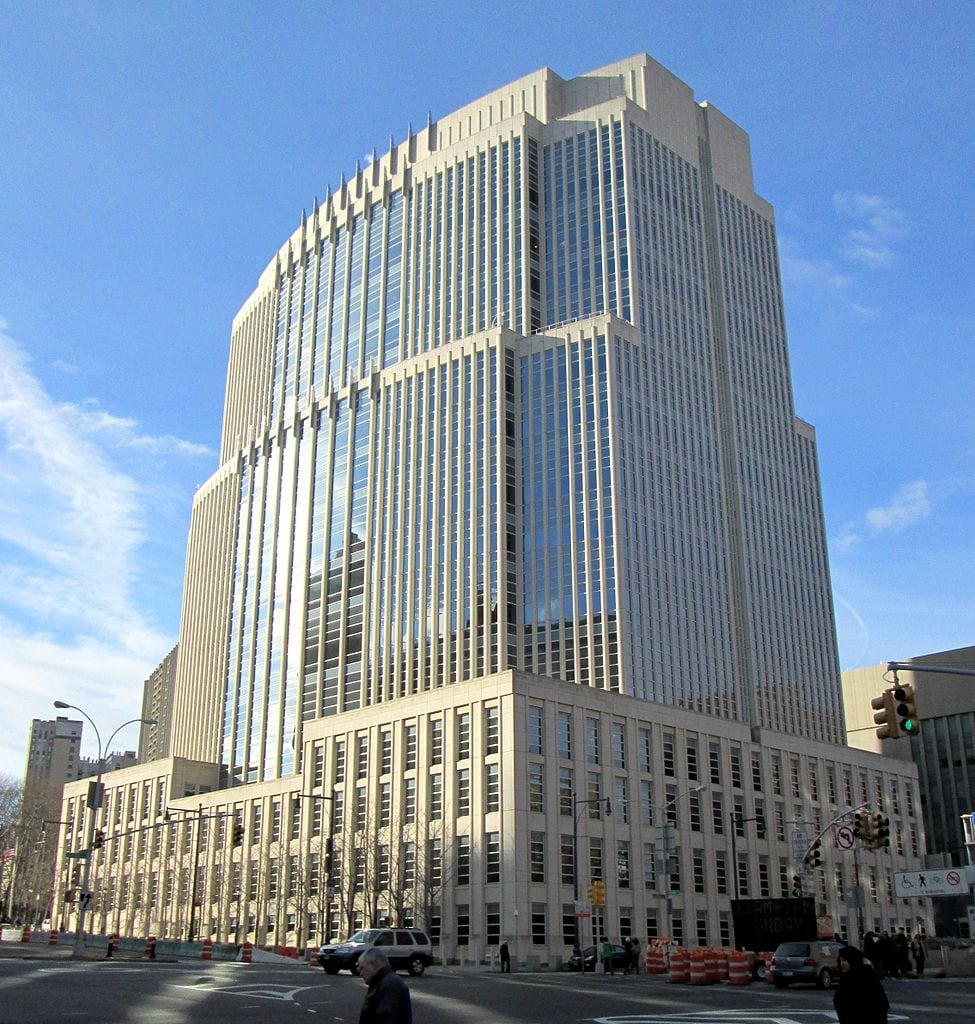 A friend invited me to a citizenship ceremony in Brooklyn on Wednesday, held at the United States District Court for the Eastern District of New York. I arrived around ten, assuming that I would witness the ceremony up close. But that’s no longer permitted, at least not in Brooklyn. The court’s charmless bureaucrats instead pen friends and family in a third floor room with a soundless television, through which the ceremony is beamed terribly. It is next to impossible to see anything and the absence of sound makes viewing pointless anyway.

I arrived with my gift, a couple of flags, and looked around the crowded and noisy room for a chair. A man, who appeared to be from a Latin American country, viewed me warily, glaring at my flags as if I’d arrived with a piece of cow dung in my hand. I almost wanted to yell at him, “Yes, they are American flags. Is that okay with you?” Annoyed by this scene, which might as well have been a crummy airport lounge in a Third World country, I walked outside. Of course, that’s an involved process too, as you have to forfeit your cell phone upon entering the building. But at least it allowed me to kill some time outside in the fresh air. I was told that the impossible-to-hear citizenship ceremony (for us) would wrap up around 11:30 or noon, at which point friends and family could greet the new Americans on the second floor as they streamed out of the court room.

Out of sheer boredom, I decided to go down to the second floor early and could hear the judge bellowing at the newly sworn-in Americans through the closed door. A few other friends and family of new citizens had the same idea and we compared notes on the possible identity of the loudmouth judge. “It is Judge LaShann DeArcy,” someone said. Her full name is LaShann Moutique DeArcy Hall. She is an Obama appointee, naturally, and she is astonishingly obnoxious. Talk about an entitled judicial activist, whose ego is as expansive as her name.

Her speech to the new citizens, to the extent that I could hear it, was appalling. Sounding like a Democratic Party ward boss, she urged the new citizens to vote as soon as humanly possible. She made voting sound like a tremulous act of self-defense against the country they had just joined. The exhortation, needless to say, gave off a strong anti-Republican, anti-Trump whiff.

Then she started in on some ludicrous riff about the First Amendment, encouraging the new Americans to exercise that right as robustly as possible, including by “taking a knee.” Huh?

So here we have a federal court judge, who just turned a room full of foreigners into American citizens, and her first piece of advice to them is: boycott the American flag you have just been handed. It was depressing and infuriating as hell.

In the past, a judge who dispensed such nihilistic advice to new Americans would be impeached. But nowadays almost no one in Congress cares and even fewer members would entertain an impeachment drive.

Yet it was still jarring in the second year of the Trump presidency. Do the judicial oversight committees in Congress know that Judge LaShann DeArcy is whipping up new Americans into a flag-boycotting frenzy? They should. They should at least tell her to show a modicum of judicial temperament and basic American patriotism or leave the bench and run for Congress as an America-hating socialist from Brooklyn.

A product of Howard University, which is a conveyor belt for anti-American snots who, with Andrew Cuomo, say the country “was never that great,” Judge LaShann DeArcy is exceedingly full of herself, even more than the president who appointed her. In her glib “take a knee” rhetorical pyrotechnics, she showed no respect for the country to which she has taken an oath. Her pitch was outrageously at odds with the duties of a judge. For one thing, who asked her to give a long harangue to new citizens? When did that become a routine practice? Can’t she just sign the certificates and call it a day?

I was happy for my friend and going to one of those citizenship ceremonies, even a lousy one, does stimulate thoughts about the momentousness of American citizenship. It shouldn’t be granted or received lightly.

For simply trying to bring a little rationality to an out-of-control dimension of national life, Trump has been called all manner of names. We are told that he is a monstrous nativist. In fact, he is simply espousing principles of nationalism both parties at one time shared. If a liberal activist had asked, say, LBJ, or even JFK, to support professional athletes boycotting the American flag, they would have told the activist to go jump in a lake. Now the Dems are the party of flag boycotters in the NFL. It is pitiful, and dangerous. The breakdown in a nationalism common to both parties has given us a judiciary chock-a-block full of subversive hacks like LaShann DeArcy.