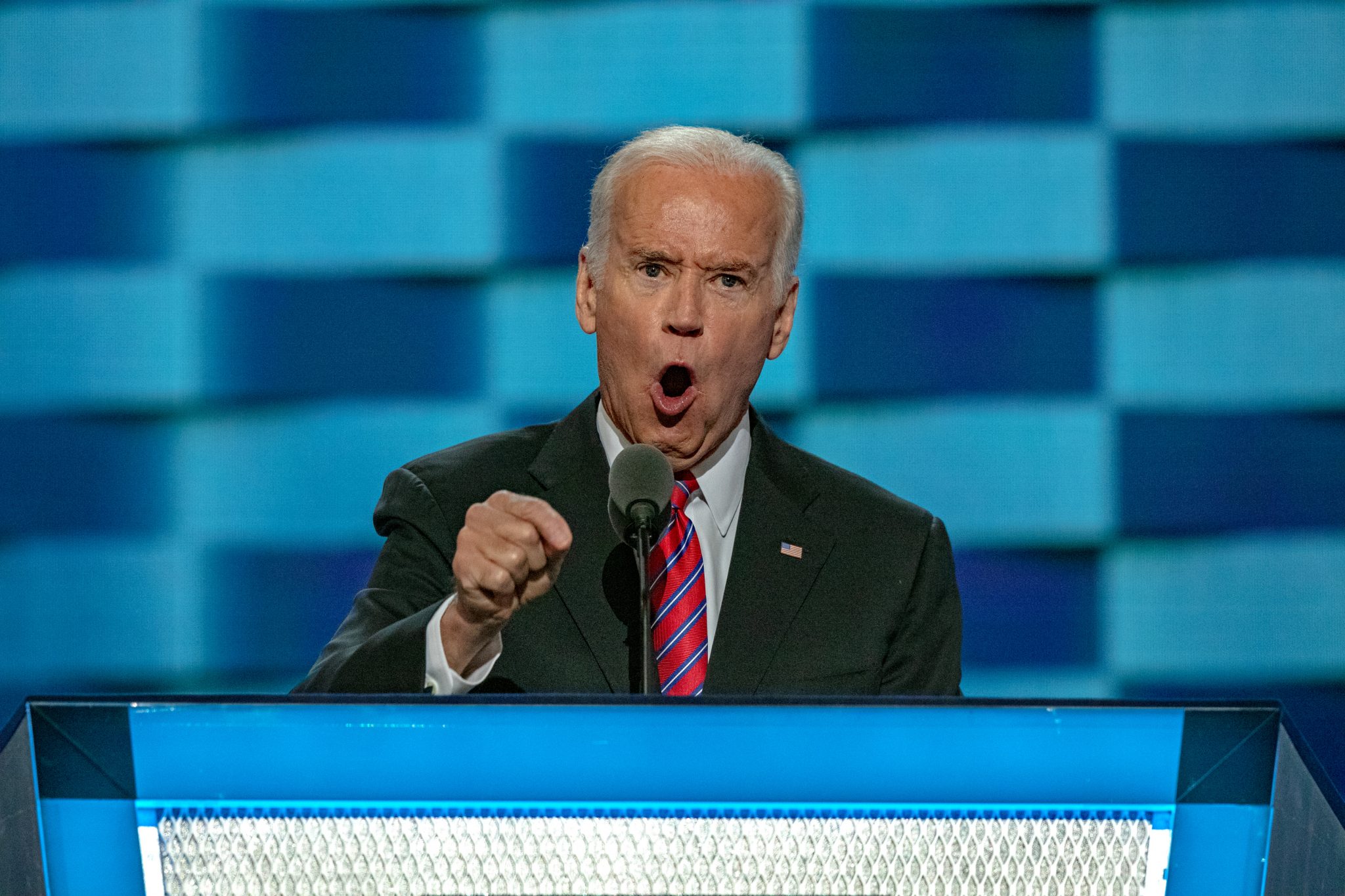 Joe Biden is not a good guy. He is everything the media projects that Trump is — serial fabulist, stupid, ungracious, entitled, corrupt, a grifter, a no-talent with a big mouth, on-the-take kids, in bed with the Russia, Ukraine, and China. Name a topic, and what is alleged about Donald J. Trump is actually true about Joe Biden.

How enraged would it make you to have to stand across the stage from this corrupt, aging politician who personally was involved in illegally attempting to interfere with your election and then your first term in office with nonstop bogus investigations? Joe Biden is the guy who suggested the Logan Act to tie up Michael Flynn. Biden’s personal actions against Donald Trump and, more importantly, the 52 million people who voted for him, were evil and un-American. Biden has no business being in American politics, never mind on the stage as the Democratic candidate for president, but this is 2020 and life is not fair.

Chris Wallace didn’t note this obvious issue. Rather, he made clear who the villain in the diorama would be. (Hint: It wasn’t Joe Biden.)

This above-it-all, basement-dwelling, lawn-chair-distanced, masked former vice president is a pretender, a charlatan who is most definitely not a good guy.

Trump was asked whether he’d denounce white supremacists, again, as though he’s a white supremacist. Wallace framed Trump as a racist. Biden called him one on the debate stage. Joe Biden, the man who made the term “super-predators” popular and engineered a generation of mass incarceration, had the gonads to call Trump racist. Trump was rightly outraged by it all, but his responses left much to be desired. He could have mentioned the the First Step Act and the people who have benefitted. He could have mentioned Opportunity Zones. Instead, the impression was a president sputtering in outrage.

Joe Biden is not a good guy. A good guy doesn’t scream, “Racist!” or say, “Shut up, man!” or call the president of the United States “clown” on the debate stage in front of the country and world. He must display at least some decorum.  And maybe that was Donald J. Trump’s point last night: to reveal the truth of the character of Joe Biden. This above-it-all, basement-dwelling, lawn-chair-distanced, masked former vice president is a pretender, a charlatan who is most definitely not a good guy.

President Trump actually answered questions. Joe Biden refused to answer a question about court-packing. Dov Fischer is right, the president should have not let it go:

In that same way, I would have liked to see Trump keep pressing Biden all 90 minutes on whether he would veto any effort to “pack” the Supreme Court. Biden does not want to answer that question and will not answer it because if he says he would veto, he loses the Ocasio wing, and if he says he would allow “court packing,” he loses the Independents. Biden will evade that question at all costs.

Biden is also in trouble on energy. While reeling from the bombast and nonsense, one Biden moment made me sit up straight. Unprovoked and very thoughtfully, good old Joe made clear that coal, fracking, and other forms of energy are done in his administration. He waffled on the Green New Deal (that’s on his website, by the way, led by the aforementioned Ocasio-Cortez), but that’s esoteric and trillions of dollars of fantasy. Surely voters in Pennsylvania, Ohio, Minnesota, North Dakota, West Virginia heard what Biden actually said and saw their livelihoods flash before their eyes.

In the cacophony, debate viewers could be forgiven for missing it. Again, the president didn’t press his advantage.

The president also didn’t press his advantage on the Critical Race Theory garbage. Here’s how to answer this: “I am against all forms of racism, which is why I am against Critical Race Theory, which presumes some people to be evil based on their skin color at birth. This ideology is racist and divisive, and I want to bring Americans together. We need unity more than ever, and racist ideology has no place in America or anywhere in the world.” And another moderator tries to frame CRT as some mild form of inclusion or diversity training, Trump should state clearly, “That framing is a lie. People are being labeled as evil for their skin color and being told to denounce their own being when they were born that way.” Throw the diversity language right back at the Left.

There were many such missed opportunities. Joe Biden is going to raise taxes on Americans during a COVID recession?! In what world does this make sense? Every struggling American should be terrified of Biden’s crushing policies.

The president looked tired and angry even as he brought his usual energy and vigor to the debate. Biden won the debate by not losing. He looked into the camera. He tried to connect to voters. Trump rushed into all the spaces and seemed erratic.

Joe is not a good guy. At least that much was revealed last night. But now that that’s established, President Trump needs to be presidential and remind everyone of it. He needs to be the happy warrior that his voters love to see at rallies. He needs to be loose and funny and pointed and in command of the facts. He needs to not let Biden get away with his lies. He needs to present his case not in vague terms but in concrete ones.

The president is going to have to let go of his rage at the injustice of the media and the Obama machine and the administrative state. He’s going to have to not let the emotion interfere with making his case. He has a good one. He has good ideas. He created the environment for a booming economy, and it’s easy to believe him when he says we’re doing it again. He’s a good father. He’s many decent things.

Joe Biden is not a good guy. He has bad policies born of a far leftist worldview. He was right when he said, “I am the Democratic Party.” Oh yes, he is. The Democratic Party is rotting from within, morally decrepit, bankrupt ideologically and literally. It is driven by divisiveness and seeks to destroy the foundation that made this great nation.

In the midst of the yelling, Joe’s true nature was revealed.

President Trump’s task next time is to shine the spotlight on America’s greatness and his ideas to make America great again. In this time of trouble, Americans need reassurance and a positive goal to work toward. Hopefully, the next debate will do that.

Melissa Mackenzie
Follow Their Stories:
View More
Melissa Mackenzie is Publisher of The American Spectator. Melissa commentates for the BBC and has appeared on Fox. Her work has been featured at The Guardian, PJ Media, and was a front page contributor to RedState. Melissa commutes from Houston, Texas to Alexandria, VA. She lives in Houston with her two sons, one daughter, and two diva rescue cats. You can follow Ms. Mackenzie on Twitter: @MelissaTweets.
Most Popular
1
At Large
The Lingering Fog of War and Lessons From Vietnam
by Mark Moyar