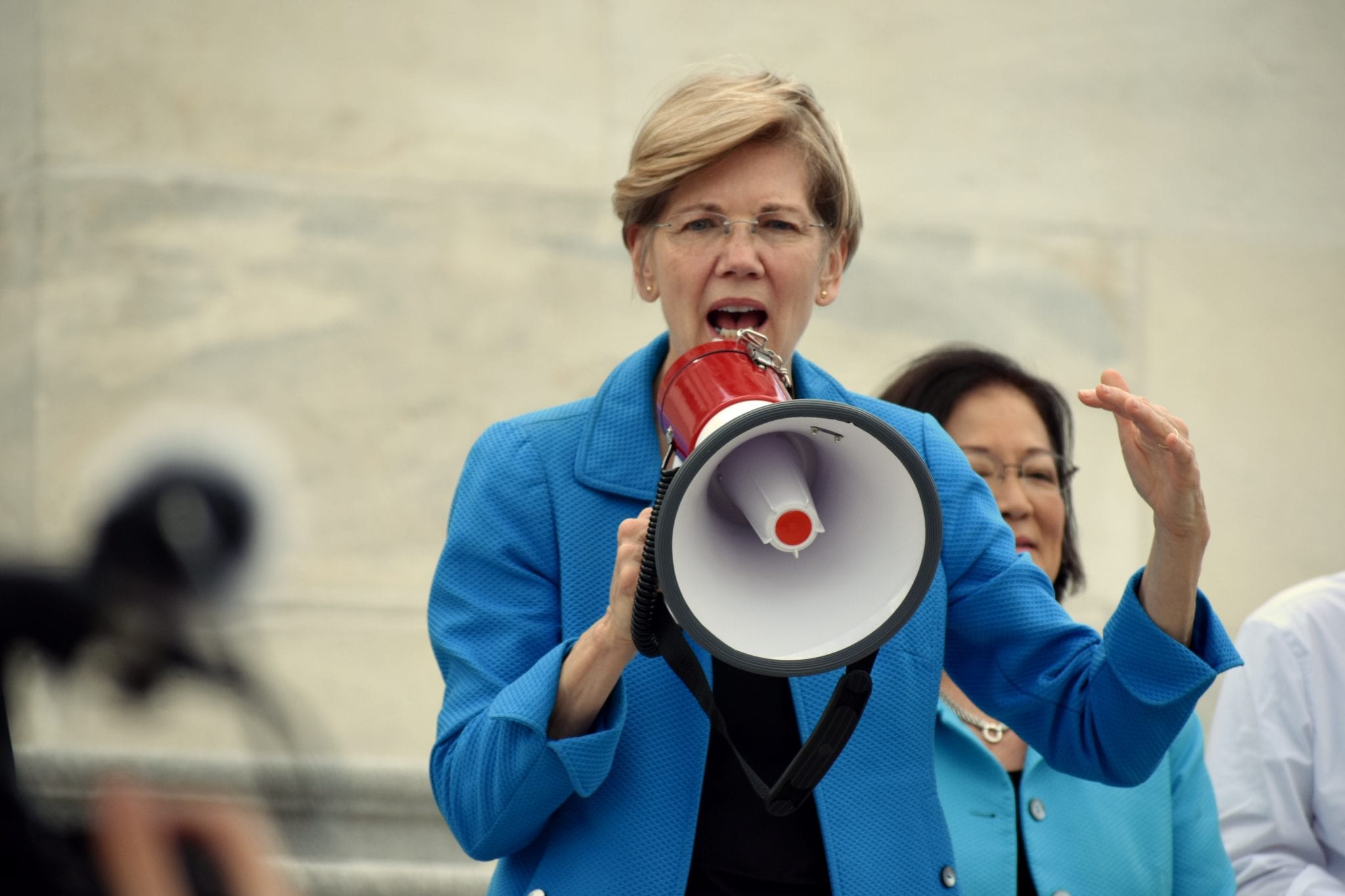 Imagine if Donald Trump announced he would change his longtime opposition to public funding of abortion in order to ensure that black, Hispanic, and poor women can abort their babies. Would liberals need even 10 seconds before foaming at the mouth screaming that he’s a racist?

Last week in Atlanta, Joe Biden, Democrat presidential frontrunner for 2020, said: “For many years as a U.S. senator, I have supported the Hyde amendment as many, many others have because there was sufficient monies and circumstances where women were able to exercise that right [to abortion], women of color, poor women, women were not able to have access…. But circumstances have changed.”

Thus, said Biden, “I can’t justify leaving millions of women without access to the care they need and their ability to exercise their constitutionally protected right. If I believe healthcare is a right as I do, I can no longer support an amendment that makes that right dependent on someone’s zip code.”

It was an incredible moment. A sick moment. Think about what Joe Biden said, to liberals’ roaring approval: He’s reversing his long-held position so “women of color, poor women” can get abortions — that is, have their abortions publicly paid for. He’s changing specifically because of women of color and poor women. He wants them to be able to have their abortions. He wants to make sure money isn’t an issue. He wants no obstacles to them securing their desire to abort their child. This change is prompted wholly on their behalf: “women of color, poor women.” Even long-held religious objections should be no barrier. Your belief in God, and your conviction that God would shudder at you helping to finance others’ abortions, plays second fiddle to the greater goal of these women getting abortions.

Naturally, liberals will recoil when seeing Biden’s comments framed that way. Biden, after all, is their boy, and Roe v. Wade is their baby. The hallowed “right to choose” is a sacrament in the liberal church. That abortion far and away disproportionately annihilates minority and especially African-Americans is dismissed in light of their ultimate highest good.

I’ve written here many times about the awful history of Planned Parenthood founder Margaret Sanger, her work with the “Negro Project,” her commitment to racial eugenics for what she called “race improvement,” her May 1926 speech to the Silverlake, New Jersey chapter of the KKK, which she openly wrote about in her memoirs. I’ve written on Hillary Clinton’s abortion hypocrisy and on liberal cult-hero Ruth Bader Ginsburg’s assessment to the New York Times Magazine: “I had thought that at the time Roe was decided, there was concern about population growth and particularly growth in populations that we don’t want to have too many of. So that Roe was going to be then set up for Medicaid funding for abortion.”

I also wrote here recently about abortion in Biden’s birth state of Pennsylvania, a state he hopes to take away from Donald Trump. The vast majority of Planned Parenthood clinics in Pennsylvania and throughout the nation are located among African-American populations. Looking strictly at Pennsylvania, the latest statistics show that 43% of abortions were to African-American women and 10% to Hispanic women. More remarkable is the sheer disproportionality: only 11% of Pennsylvania women are black and 7% are Hispanic.

Abortion in Pennsylvania, like everywhere else in America, victimizes minorities by leaps and bounds. The national figures show that abortions by black and Hispanic women outpace white women by 4.5 times. Some civil rights leaders, including Dr. Alveda King, have called this “Black Genocide.”

Well, America’s minorities should know how much Joe Biden has their back: he wants to make sure they get free abortions. In fact, it’s so important to Biden that he’s willing to suddenly abandoned his three-decade-long support of the Hyde Amendment for this grand objective. And progressives cheer mightily.

Biden, of course, is hardly alone in this among liberals. Quite the contrary, he’s caving on the Hyde Amendment because not doing so is heresy in the liberal church. The Democratic Party once supported the Hyde Amendment, just as it once defined marriage as between a man and a woman. But progressives, you see, have since progressed. They’re now more enlightened. Hyde must be aborted, so Americans can support abortions for poor women, women of color, black women, Hispanic women.

“The problem is, the Hyde Amendment affects poor women, women of color, black women, Hispanic women,” says Patti Solis Doyle, who served as Hillary Clinton’s presidential campaign manager in 2008, and who has also worked for Biden.

And whose lives are eliminated in this equation? The answer: Poor babies, babies of color, babies of black women, babies of Hispanic women.

Planned Parenthood, naturally, is thrilled with Joe Biden hopping on the progressive bandwagon. Minority women are its biggest customers.

You can’t make this up. And it’s no laughing matter. Just ask Elizabeth Warren. Choking back tears, filled with anger, she insisted to an audience of clapping, stomping women that Hyde be reversed: “Understand this,” said Warren, voice trembling. “Women of means will still have access to abortions. Who won’t will be poor women.”

This is the prevailing position of today’s Democratic presidential candidates and the party generally, with the party’s old men no longer summoning the intestinal fortitude to oppose the hysterical pack. Biden is merely the latest Democrat man without a chest, an ongoing line of lily-livered gutlessness that the late Pennsylvania Democratic Governor Bill Casey foresaw over two decades ago. The Joe Biden of 2019 is selling his soul for the political approval of today’s unhinged Democratic Party, which has completely lost its mind on moral-cultural issues.

What’s especially sad is that Democrats are hellbent on this policy at a time when the number of abortions have been in decline. For those who hoped and prayed that the scourge of black abortion would likewise decline, well, too bad: the Democrats are doing their damnedest to ensure that when it comes to public funding of abortion, no child is left behind.

Liberal Democrats tell us they love blacks and the poor. They are just oozing with compassion for them. So much so that they will strive to ensure that you — as a taxpayer, and regardless of your religious or conscience objections — are forced by the state to help ensure that every black or poor woman who wants to terminate her child will not be financially prohibited.