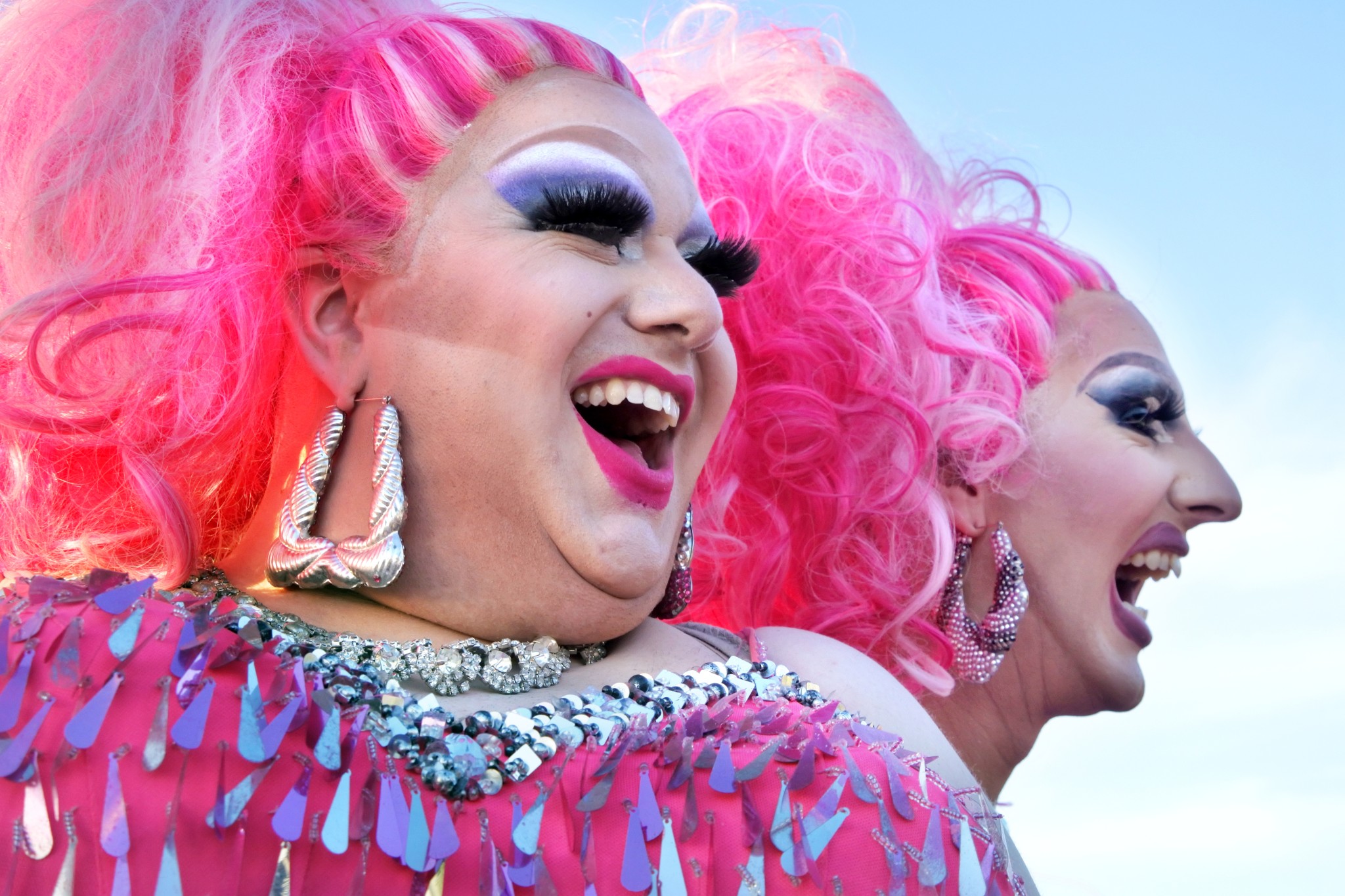 Eighteen years ago, while in a hotel lobby in Key West, I heard a term, said with derision, that I had never heard before: “birther.” Two gay men were complaining about something and then this comment rang out, “Oh, she’s a birther.” Birther? Oh, she’s a mother, I thought, someone who gives birth. Birther.

The misogyny was unmistakable. Spend time with a bunch of gay men, and you’ll eventually hear them discuss being grossed out by women and their lady parts. They have, as Modern Family’s characters pointed out, nothing in common.

The thing is, though, that while gay men often don’t like women or birthers or birthing people, they acknowledge that women are women and different from men. Their misogyny is pure and open … and at least somewhat understandable. Bigotry against the “other” is as old as time.

Transexual misogyny is another kettle of fish altogether. These men believe that womanhood can be reduced to long hair, lipstick, and some feelings. These transexual women, men who think they’re women, believe that because they feel like how they imagine women feel, they are women.

Some have called the transexual trend the new minstrel show, with men in lipstick analogized to the men in blackface of yore. And so it is. So-called “Trans women” reduce womanhood to miniskirts and high heels and boob jobs. They make caricatures of women.

Feminists seem confused about this misogyny. Most don’t even see it as misogyny. In their quest to be ever more accepting (or more than a little self-loathing), feminist women throw out the experiences of women to accommodate angry men. These men push women out of sports. They pretend to have periods. They use infantile, sexist words like “Barbie Pouch.” They make themselves into clowns and, in doing so, portray women as clowns.

Children are being dragged into this lifestyle. They’re being sexualized. They’re being exploited by parents and the medical profession and the creeps online who seek to despoil children for their own pleasure. The actions of these misogynistic, and, in some cases, pedophilic men would be considered evil, but somehow all is forgiven because they wear lipstick and wigs.

It’s important to discuss the misogyny that leads to the choice of going transgender. For insight, watch the two-hour interview/therapy session between Jordan Peterson and detransitioning girl Chloe Cole. An hour into the talk, Peterson asks Cole what she was hoping her life would be like when she became a man. She says, “I was hoping to be strong, independent, and not care what anyone thought about me.”

Her notion of womanhood then was to be weak, dependent, and vulnerable to external opinions of herself. She thought that by becoming a man, she’d be immune to feelings of weakness and stripped of the normal human trait of caring what other people think. She is forgiven, though. She was a 14-year-old child when she thought these things. She believed that a superficial hormonal and sexual change could fix the helpless and vulnerable feelings all people feel. Worst, she imagined that women feeling these human emotions was a bad thing that she could escape.

Conversely, the men seeking to become women caricature women as frilly, carefree, hyper-feminized, and one-dimensional. Just as with the men who dress up as babies and want to be cared for and diapered, there’s a sexual fetish, autogynephilia, that is associated with men who attempt to transition to female. In these cases, women are seen as sexualized objects, and “becoming” a woman satisfies these men’s sexual desires.

Envy and scorn bleeds through their behaviors. The most recent exhibit of this phenomenon is TikTok star Dylan Mulvaney. Here he is jumping around like a 7-year-old girl — because of course that’s how women act:

Both the women who transition to men and the men who transition to women have distorted notions not only of their own gender, but also of the one they wish to become. Transgenderism going in both directions is rooted in misogyny. Both the men seeking to become their sexualized, childish, and whorish interpretation of women are misogynistic, and the women seeking to escape more stereotypical feminine emotional states are misogynistic.

This mental illness is rooted in the denial of reality, of what is. It leads to other mental disturbances. Developmentally, it’s akin to a child who closes his eyes and believes that you can’t see him. Transgenderism is someone closing their eyes and expecting you to be blind, too.

Perhaps the most destructive manifestation of this distortion exists in the church. Denominations are being torn apart by modern gender and sexual politics. This phenomenon is particularly destructive because it undermines the Book of Genesis’ teaching that “God created mankind in his image; in the image of God he created them; male and female he created them.” This basic binary state exists throughout nature and is ordered for all of creation. For Christian clergy to deny this truth is to deny God and His order.

Transgenderism contravenes God’s command to mankind to be fruitful and multiply. In the interview with Chloe Cole, her grief is suffocating. A discomforted teen girl came to believe through the convincing of medical professionals and a cult of online predators that neutering herself sexually and pretending to be a boy would relieve her of her pain. Instead, it’s created an implacable sadness for what she’s lost.

Christian pastors who encourage these interventions deny God’s divinity and care for each creature that He created and formed in the womb. In addition, promoting transgender ideology contradicts God’s order and desire for mankind. Worst of all, misogyny makes it impossible to understand the mystery of Jesus and his bride, the church.

The solution to this phenomenon is to promote the beauty and purpose in being wholly what God made each person. One-dimensional beliefs about what it means to be a man or a woman need to be chucked.

The creativity and resilience of all humans must be emphasized so that troubled young people know that their youthful discomfort will pass. Healthy adulthood means accepting strengths and limitations and using the unique gifts all have to serve their fellow man.

Already, there are too many Chloe Coles — young people who’ve lost themselves in a sea of lies and must try to navigate their adulthood stripped of part of what made them.

It’s time to call out the misogyny of the transgender movement.