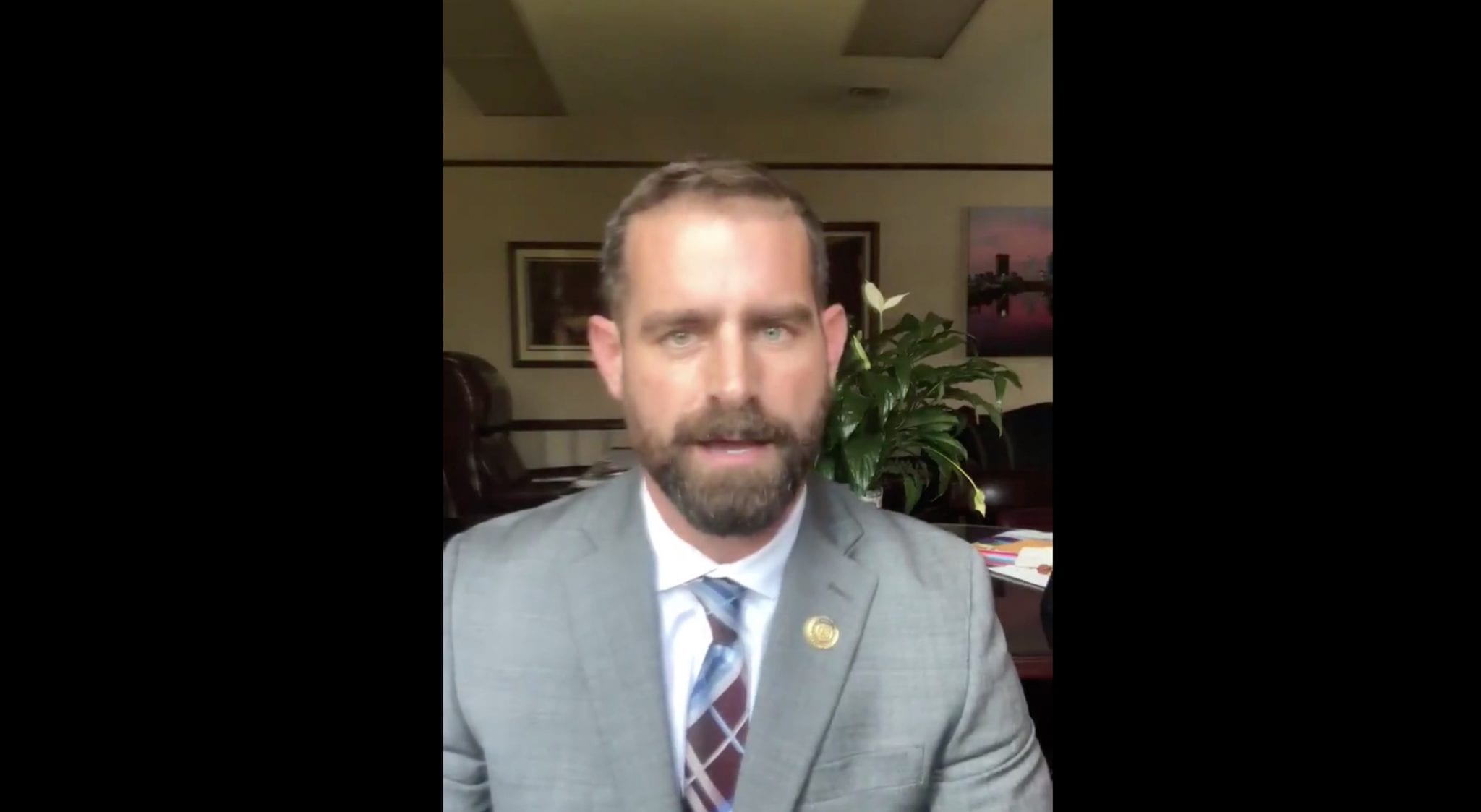 Brian Sims, a Pennsylvania state representative by profession and abortion counterprotester by avocation, embodies Chesterton’s quip. The former defensive tackle for Bloomsburg University aggressively hectored a woman who appeared to be praying the rosary outside of a Planned Parenthood clinic in his Pennsylvania district. On the uncomfortable eight-minute clip, Sims calls the silent protester “an old white lady” and announces, “If you know who this woman is and if you can give me her address, we’ll protest in front of her home. Let’s protest out in front of her house.”

The reason for such a protest escapes. Is mere disagreement with a private citizen now grounds for demonstrations at her residence? A clinic that provides abortion, an inherently controversial practice, strikes as something inevitably protested. Mere disagreement? A polite conversation, or just a silent “agree to disagree,” works better for a civil society.

The entire clip seems a case study in projection. “How dare you! This is grotesque,” Sims lectures the woman. “What you’re doing out here is disgusting,” he says. “This is wrong.”

He repeatedly relies on the judgmental language of morality to denounce the protester, calling her actions “wrong” and “disgusting.” Three dozen times in eight minutes he utters some variant of the word “shame” (e.g., “shame on you,” “your Christian faith believes in shaming people,” etc.). He could use a thesaurus. He could use George Washington’s “Rules of Civility” more.

Strangely, the strange man condemns the protester as “extremely racist.” He announces, “If you’re a white person like I am we have a lot of catching up to do. We have a lot to apologize for. I’m going to start by apologizing for this woman.”

Why not apologize for Planned Parenthood’s racism?

Planned Parenthood’s founder Margaret Sanger spoke at a Ku Klux Klan gathering in 1926. She called “the aboriginal Australian” the “lowest known species of the human family, just a step higher than the chimpanzee in brain development.” In one letter, she used the n-word to refer to a black man.

“The Jewish people and Italian families,” she testified before the New York legislature, “who are filling the insane asylums, who are filling the hospitals and are filling our feeble-minded institutions, those are the ones the tax payers have to pay for the upkeep of, and they are increasing the budget of the state, the enormous expense of the state is increasing because of the multiplication of the unfit in this country and in the state.”

As Hitler came to power in Germany, Planned Parenthood’s founder unveiled her similar vision for America. Her “Plan for World Peace” called for “a stern and rigid policy of sterilization and segregation to that grade of population whose progeny is already tainted, or whose inheritance is such that objectionable traits may be transmitted to offspring.” The plan allowed for a segment holding dysgenic traits “their choice of segregation or sterilization.” The rest received no such “choice.” She envisioned the plan manifesting in “farm lands and homestead for these segregated persons where they would be taught to work under competent instructors for the period of their entire lives.” Sanger’s “Plan for World Peace” rivaled Hitler “Final Solution” in its scope. “Having corralled this enormous part of our population and placed it on a basis of health instead of punishment,” she wrote, “it is safe to say that fifteen or twenty millions of our population would then be organized into soldiers of defense — defending the unborn against their own disability.”

Americans, perhaps too backward to ride this wave of the future, balked — moving away instead of toward the eugenics embodied by Sanger and the organization she founded. Given Sanger’s ethnic tics, one imagines that she did not foresee people who looked like her peopling the camps.

Margaret Sanger rationalized forced sterilization and concentration camps and planning the parenthood (or lack thereof) or others under the warped vision that all this embodied science, progress, and enlightenment. One senses that Brian Sims imagines his cornering a quiet, unassuming lady who disagreed with him as representing much of that, too. In his attempt to bait her into playing the part of the finger-thrusting zealot, Sims inadvertently cast himself in that role.

God made people with their eyes facing outward, so we do not easily see ourselves. Mr. Sims exhibits greater difficulty surmounting this handicap than most. “This is a racist act of judgment,” he says of the anonymous woman, Planned Parenthood acts as a “civil rights” organization he says of the abortuary, and pro-life activists “have no business telling people of color what they think about what they do with their families, with their own family planning.”

Surely Planned Parenthood had no business telling people of color what they think about what they do with their families, but they did that through their “negro programme” anyway, and Representative Sims either cares not or knows not. People with all the answers rarely know it all or care at all. Alas, Sims’s issues seem beyond correction through a history lesson.