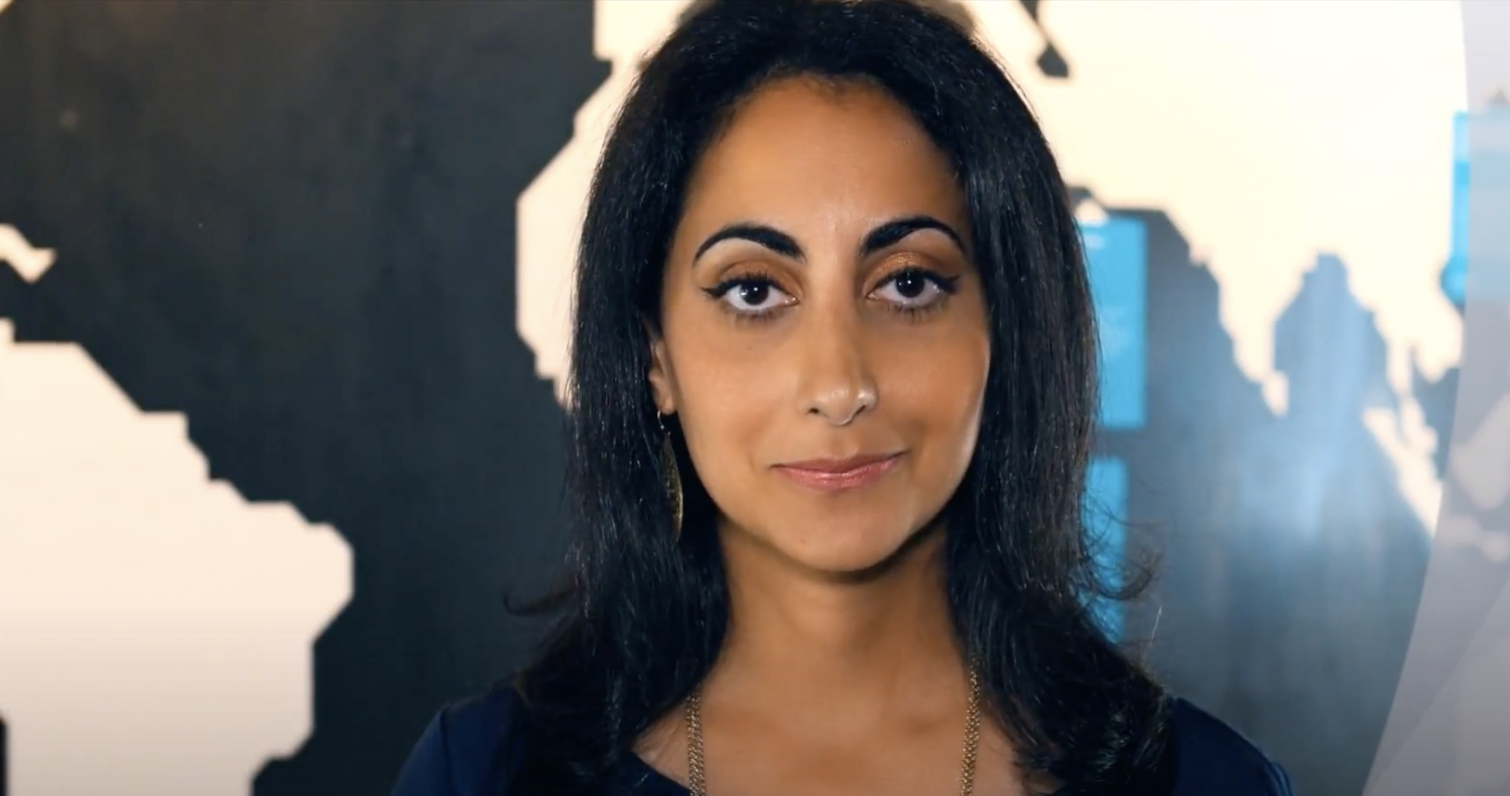 Residents of Colorado’s House District 41 are concerned with several perennial issues that resurface every election year. The Aurora suburbs are experiencing crumbling transportation infrastructure, increasing cost-of-living expenses, and a massive upsurge in homicide and other violent crime.

Promising to tackle these issues, the district’s Democratic Party candidate Iman Jodeh is running on a progressive platform of criminal justice reform and minimum wage increases. Yet Jodeh’s involvement with an Islamist mosque and her history of pro-Palestinian activism reveals an alternative agenda that stands starkly at odds with her constituents’ values.

Jodeh, who ran unopposed in the primaries, will face off against Republican Bob Andrews for control of the House district, which includes a large portion of the southeast Denver metroplex. According to the Sentinel, Andrews — who is running on a platform of “small government” and “fiscal responsibility” — faces an “uphill battle” to defeat Jodeh after the previous Republican candidate to run for District 41 lost to the Democratic incumbent by 30 points.

Further complicating Andrews’s chances has been an inability to raise money for his campaign. By late September, Jodeh had collected $58,000 in campaign contributions, compared to a mere $4,000 raised by her opponent.

While Jodeh has been racking up endorsements from prominent Democratic groups and individuals over the past few months, she doesn’t appear to have much experience in addressing any of the larger issues that locals find concerning.

Jodeh should credit her fundraising success to a series of high-level endorsements, such as from Massachusetts Sen. Elizabeth Warren and Planned Parenthood Colorado. In September, she was among the speakers selected for the Biden campaign’s “100 Women for Biden” virtual event. But, likely unbeknownst to her progressive supporters, Ms. Jodeh is the spokesperson for the Colorado Muslim Society (CMS), a mosque with a lengthy history of preaching homophobia, misogyny, and intolerance.

In early June, CMS published its guidelines for reopening during the COVID-19 pandemic, including a provision that restricted women from attending the mosque until further notice — with no explanation given as to why. This prohibition was subsequently amended days later in an updated posting, but only after this author contacted Jodeh to inquire about the discriminatory policy. She has failed to respond as of this printing.

Jodeh has been the CMS spokesperson for many years, where she represented Muslim clerics such as Karim Abuzaid, the mosque’s senior imam between 2010 and 2014. Among the gratuitous bigotry and extremism regularly espoused by the Salafist cleric, Abuzaid once notably preached to a Denver congregation that fornicators should be flogged and adulterers stoned. In the same sermon, he told worshippers that the AIDS virus is a punishment from Allah for practicing homosexuality. More recently, Abuzaid blamed the coronavirus on homosexuality during a live webinar.

In February 2020, CMS hosted an event by the Muslim Legal Fund of America featuring Palestinian American activist Linda Sarsour, who used her platform to advocate for convicted Al Qaeda operative Syed Fahad Hashmi and express support for Noor Salman, the wife of slain Pulse Nightclub shooter Omar Mateen. Sarsour is a notorious anti-Semite who was ousted from her position as chairwoman of the National Women’s March in 2019 as a result of her inexcusable history of anti-Jewish bigotry.

American Islamists have been quite active in allying with progressive and feminist movements, but, below the surface, the beliefs and doctrines to which they adhere are often incompatible.

Still, Jodeh has succeeded in convincing the press that her apparent fundamentalist beliefs have no bearing on her progressive politics. In a recent interview with Arab News, the congressional candidate attempted to clarify her unique brand of feminism by whitewashing Quranic scripture.

“In Islam, there’s a chapter in the Qur’an called ‘Al-Nisa’ or ‘The Woman.’ There is not a chapter called ‘The Man,’ ” she explained. Yet, Jodeh’s interpretation completely neglected to mention the theological reasons why women, unlike men, require a chapter in the Quran prescribing gender-based rules.

Even in the contemporary West, Islamic scripture may yield grotesque abuses of women’s rights. For instance, a 2011 study from the Tahirih Justice Center found at least 3,000 cases of forced marriage among U.S. immigrants over the preceding two years, with the majority of cases coming from Muslim immigrants.

So long as Muslim leaders ignore these regressive practices, which are often legitimized by Islamists, they stand to continue. Such is the case in Minnesota Rep. Ilhan Omar’s district, where the Hennepin County Medical Center reports that 99 percent of Somali women have suffered from the worst category of Female Genital Mutilation (FGM). Despite its prevalence among her own constituents, Omar shut down a question about FGM during a Muslim political convention, calling it “appalling” and a “waste” of time.

In addition to her apparent willful ignorance of these issues, Jodeh’s constituency should also be concerned with her obsessive focus on the Palestinian resistance, which seems to overshadow her commitments to climate change, health care, and criminal justice reform. In the same Arab News interview, the Denver-born Palestinian American said that her love for Palestine is ingrained, and that “she was never just American, she was Palestinian American.”

“This is my identity, I will never abandon this narrative, because I feel I have an obligation to all Palestinians everywhere to advocate when I can,” she said.

But what about her obligation to the diverse families living in southwest Aurora and Arapahoe County?

Jodeh’s activism on behalf of Palestine spans years. In December 2017, she was interviewed while protesting President Trump’s decision to declare Jerusalem the official capital of Israel. As she was speaking to a reporter, the crowd of demonstrators could be heard chanting, “From the River to the Sea, Palestine will be free!,” a popular slogan of the Palestinian terrorist group Hamas and an implicit call for the destruction of Israel.

Moreover, Jodeh founded the nonprofit “Meet the Middle East,” purportedly to educate Americans on the region and foster improved relations between two distinct cultures. But a closer look at Jodeh’s curriculum demonstrates that she is truly concerned with a single objective: depicting Palestinians in a positive light, while mostly ignoring other diverse ethnic and religious communities located in the Middle East.

Jodeh should consider that her overwhelming focus on the Arab–Israeli conflict may well be alienating Democrats who do not share her enthusiasm for Palestine. She could learn from the March primaries in Illinois, where U.S. congressional candidate Rashad Darwish’s pro-Palestinian activism may have alienated many Arab and Muslim voters — even though portions of his district were situated in the “Little Palestine” of Chicago.

Among other things, residents of Aurora are most concerned with their property taxes, the rising cost of living, and the eternally congested and perpetually under construction highways in Aurora. While Jodeh has been racking up endorsements from prominent Democratic groups and individuals over the past few months, she doesn’t appear to have much experience in addressing any of the larger issues that locals find concerning.

Instead, Jodeh’s entire campaign is predicated on her credentials and experience as a pro-Palestinian activist, and as an educator on Islam and the Middle East — issues that most Aurora residents likely consider inconsequential to their personal prosperity.

Editor’s note: A previous version of this article cited a 2011 study from the Tahirih Justice Center that “found at least 3,000 cases of forced marriage in the U.S. over the preceding two years, with the majority of cases coming from the Muslim community.” In fact, the study focused on immigrant communities, with the majority of reported cases coming from Muslim immigrants.

Ahnaf Kalam is the Denver associate at the Counter-Islamist Grid, a project of the Middle East Forum.