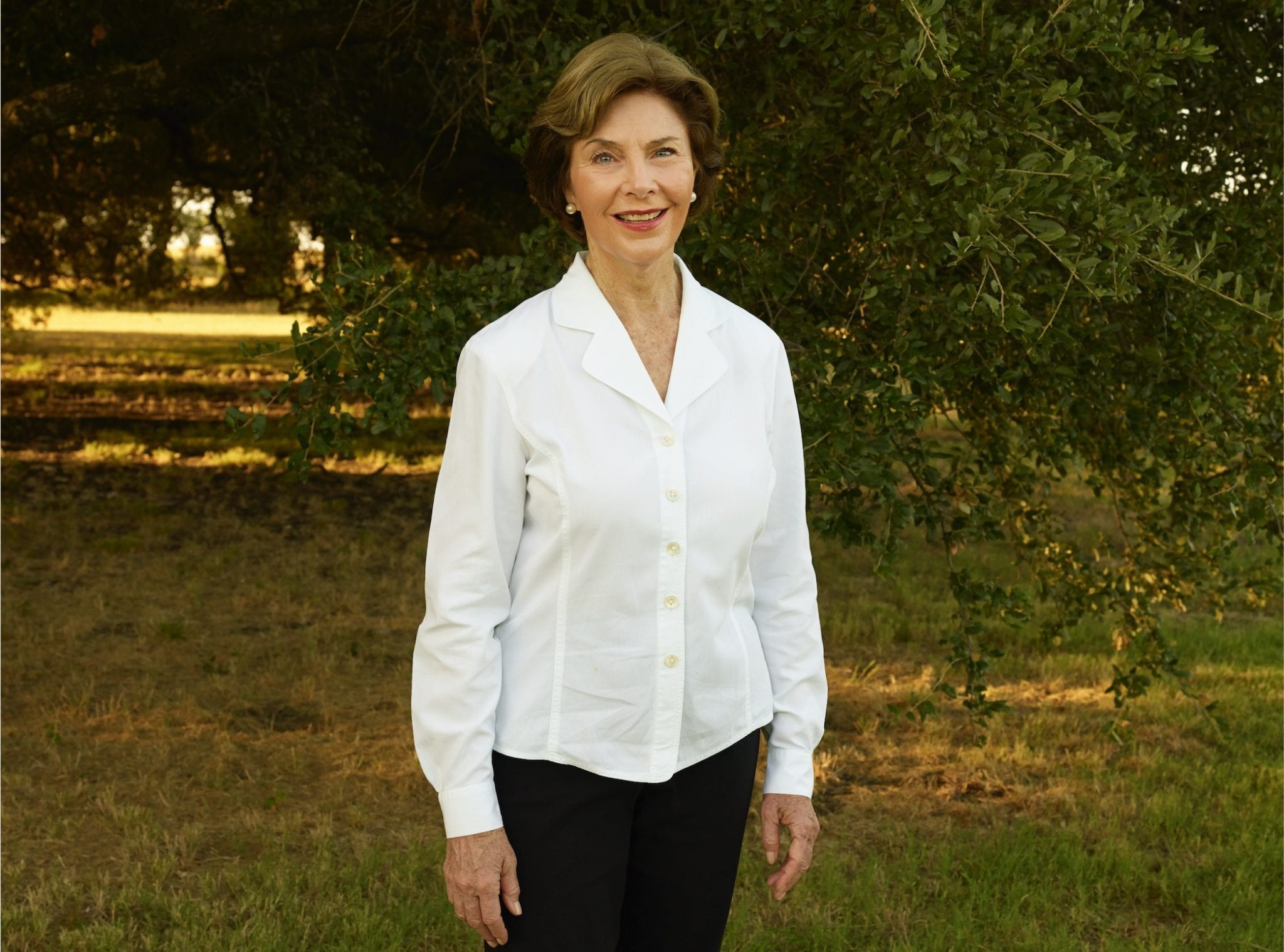 The Bush family has a famously adversarial relationship with English. It became clear this week that at least one of them is also illiterate where U.S. history and immigration policy are concerned. This was demonstrated when former First Lady Laura Bush took to the pages of the Washington Post to denounce President Trump for enforcing a statute signed into law by her own husband, George W. Bush. Even worse, she compared the HHS facilities where the children of illegal immigrants are briefly housed to the infamous internment camps where Democrat icon FDR imprisoned 110,000 American citizens of Japanese descent.

This comparison not only played into the hands of the very Democrats and partisan journalists who remorselessly savaged both her and her husband for eight solid years, it is wildly inaccurate. Mrs. Bush clearly knows very little about the plight of children caught up in the illegal immigration crisis, and even less about the internment camps she so glibly evoked. It’s blindingly obvious that she has been suckered by the propaganda relentlessly pumped out by the “news” media, completely taken in by their lurid images of wailing children and “cruel” DHS officials. Laura Bush has thus become just another useful idiot.

Let’s look at some actual facts: According to the former First Lady’s opinion column, “I was among the millions of Americans who watched images of children who have been torn from their parents… the Department of Homeland Security has sent nearly 2,000 children to mass detention centers.” The facilities to which she refers are actually run by the Office of Refugee Resettlement (ORR), a division of Health and Human Services. It has been in operation since 2003, at which time Mrs. Bush’s husband had been President for two years. Here are the evil doings that ORR has been up to for the subsequent fifteen years:

The children in question have either entered the United States unaccompanied by adults (this accounts for the vast majority of the approximately 12,000 kids being housed by the agency) or with “parents” attempting to enter the country illegally. It should be obvious to anyone who has paid even a modicum of attention to the illegal immigration issue that many of the adults accompanying these children are not their parents or even distant relatives. Indeed, they are frequently criminals involved in human trafficking. What matters, as far as the separation issue is concerned, is whether the adult is detained for illegal entry.

In cases resulting in the arrest of the adult, the unaccompanied children are referred to ORR, which attempts to place them in the least restrictive setting consistent with the interests of the child. Sometimes that means foster care, which Mrs. Bush weirdly conflates with “warehousing.” If foster care isn’t possible, ORR may use temporary shelters in what she describes with horror as “converted box stores,” insinuating that there is little difference between a Walmart building and Auschwitz. Mrs. Bush doesn’t seem to get that the media have crafted the images to which she is responding for the specific purpose of creating that illusion.

Even if the false narrative of Nazi-like cruelty were true, naïve opinion columns in left-leaning media outlets are not the way to handle the problem. It can, in fact, be resolved without much difficulty by Congress. Indeed, Texas Senator Ted Cruz has already proposed just such a bill. The Texas Tribune reports that the provisions of the legislation would include doubling the number of federal immigration judges, authorizing new temporary shelters to keep families together, requiring immigrant families to be kept together in the absence of criminal conduct, and providing for expedited processing of legitimate asylum cases.

The bill has the support of prominent Republicans, and there is no doubt that the President would sign it into law without hesitation. It would not merely solve a variety of practical problems encountered at the border and stop most separations of children from genuine parents. It would calm down the hysteria surrounding this issue. But the Democrats aren’t willing to support it. Why? Because they don’t really give a rat’s posterior about “the children.” What they want is an issue that they can leverage into a majority in at least one house of Congress in the midterms. If this problem is resolved, they’re toast. Thus, as the Hill reports:

Senate Democratic Leader Charles Schumer (N.Y.) on Tuesday dismissed a legislative proposal backed by Republican leaders to keep immigrant families together at the border.… Asked if that meant Democrats would not support a bill backed by Senate Majority Leader Mitch McConnell (R-Ky.) to keep immigrant families together while seeking asylum on the U.S. border, Schumer said they want to keep the focus on Trump.

In other words, given the choice between helping the children over whom they and the media have shed so many crocodile tears, and damaging Donald Trump, the Democrats went for Trump’s jugular. And the media are worse. Slate, for example, ran a typically dishonest article titled, “Ted Cruz’s Proposal to Fix Child Separation Is a Cynical Ploy.” The primary premise of this absurd piece is that Senator Cruz has introduced his bill only to fend off a challenge by Democrat Beto O’Rourke. Cruz leads by 9 points. Nonetheless, seeing that the Democrats had no intention of doing the right thing, President Trump handled it.

Meanwhile, what about those Japanese internment camps? They were indeed “one of the most shameful episodes in U.S. history.” It occurred because a Democratic president signed Executive Order 9066, resulting in the illegal incarceration of 110,000 loyal Japanese Americans. This is consistent with that party’s long catalogue of racialist crimes. For Mrs. Bush to conflate that atrocity to the current border situation is utterly irresponsible.