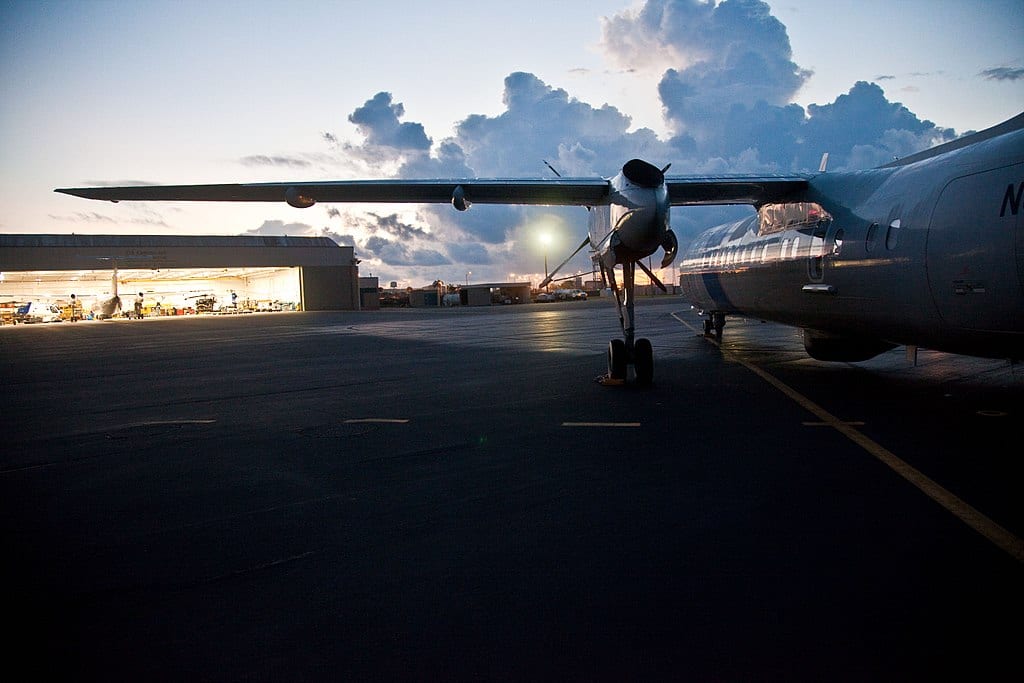 By December, that figure quadrupled to 64. Last month, 64 became more than 1,400. Earlier this month, almost a year after Maria hit, the count rose to 2,975, according to George Washington University researchers commissioned by the governor of Puerto Rico to provide an estimate. In other words, the revised figure rose 186 times over the initial one in less than a year, with most of the deaths occurring long after the hurricane departed and dissipated.

Based on this rate of increase, The American Spectator can exclusively report that within two years the estimates of the number of Hurricane Maria deaths in Puerto Rico will reach 103,000,000, a figure roughly 30 times the population of the island commonwealth. Will Donald Trump still recalcitrantly stick to a death count in the double or triple digits when the number of victims exceeds the population of the Philippines?

It seems hard to believe that a tropical cyclone, initially blamed for dozens of deaths months after it hit on September 20, 2017, actually killed more human beings than any other hurricane that occurred in the 20th or 21st centuries. Did Hurricane Maria really kill two or three times as many people as Hurricane Katrina did? Why do people who stick to a number appear to impugn their credibility more than those whose estimates fluctuate wildly? And what explains the discrepancy between the modest initial figures and the massive subsequent ones?

Roberto Rivera and Wolfgang Rolke, two Puerto Rican experts on statistics, note, “Families are eligible for U.S. federal assistance for deaths attributed to a major disaster or emergency.” While the professors point this out to highlight the importance of getting the figure right — which they put at 822 from the moment Maria hit land until the end of October 2017 — it also shows the incentive in claiming that your mother’s death from diabetes really came as a result of a meteorological phenomenon.

The 2,975 number conflicts not just with the figures cited by Trump. It varies from other counts cited at various points as authoritative by journalists. Academics Alexis Santos and Jeffrey Howard say the hurricane caused 1,085 deaths. Three months ago, the New Republic held that Maria “killed at least 4,636.”

The New Republic figure came from a Harvard University study, which relied on “a representative stratified random sample of 3299 households,” not on official certificates or anything else indicating cause of death. The George Washington University study, like the estimates offered by Harvard and the two Puerto Rican professors, similarly relies heavily on comparing death rates in Puerto Rico in the months that followed Maria to rates in previous years, automatically assigning death-by-hurricane status to fatalities above the historical norm for the period.

Reasons may exist to adopt this model in calculating the impact of future natural disasters. But it comes at variance to the means of calibrating the human cost of past calamities. Put another way, people critical of Donald Trump’s response to the disaster judge his administration’s response by a new standard that inflates the body count beyond what the actual storm inflicted by including deaths that occurred months later for reasons tangentially, some not at all, related to Maria.

While not without worth, the methods employed by Harvard, GW, and others offer no precision, come as guesswork, and include deaths that no previous counts would attribute to a natural disaster. The Harvard University study admits, “In the United States, death certificates are the primary source of mortality statistics, and in most jurisdictions, death can be attributed to disasters only by medical examiners. Survey-based studies can therefore provide important complementary population-level metrics in the wake of natural disasters, despite inherent limitations associated with the nature of participant-reported data, recall bias, nonresponse bias, and survivor bias.”

Since this disaster occurred on U.S. soil, why discard the way officials, by law, tabulated the numbers up until this point? The statisticians and journalists say Puerto Rican medical examiners lack proper training and cremated hundreds of people whom they improperly judged as killed by something other than the hurricane. Upon the pretext that the system heretofore used had broken in Puerto Rico, journalists, academics, and others offered a system more broken than the one it replaced.

Consider, for instance, that George Washington University’s estimate of 2,975 varies by Harvard University’s estimate of 4,636 deaths by roughly the same number as the figure Trump cities vis-à-vis the GW figure now taken as the true, dispute-at-your-own risk figure. And in both studies, the researchers admit that the number run with by the press represents the midpoint of a range of possible deaths.

The New York Times cited a number as high as 1,052 in December. But on Thursday it accused Donald Trump of “falsely” calling the 2,975 figure “inflated.” One way or another, the New York Times is wrong.

Not only do the president’s critics here come as the usual suspects, but their script seems familiar. The Bush Administration’s response to Hurricane Katrina damaged George W. Bush’s presidency, at least as far as public opinion, almost as much as Iraq and the financial crisis. With another Republican in office, the New York Times and others again seek to blame the Commander in Chief for the excesses of Mother Nature — the Washington Post editorial page already put partial blame on Trump policies for Hurricane Florence — and absolve local, often corrupt, governments by blaming the president. The Old Gray Lady may rely on inconsistent numbers. But the point of emphasizing those numbers, any numbers — to damage the president — remains consistent.

Given that the anniversary of Hurricane Maria takes place about a week from now and the George Washington University study came out several weeks ago, many wonder why this controversy erupted this week. With Hurricane Florence striking the Carolinas, journalists regarded it as good a time as ever to strike Donald Trump.