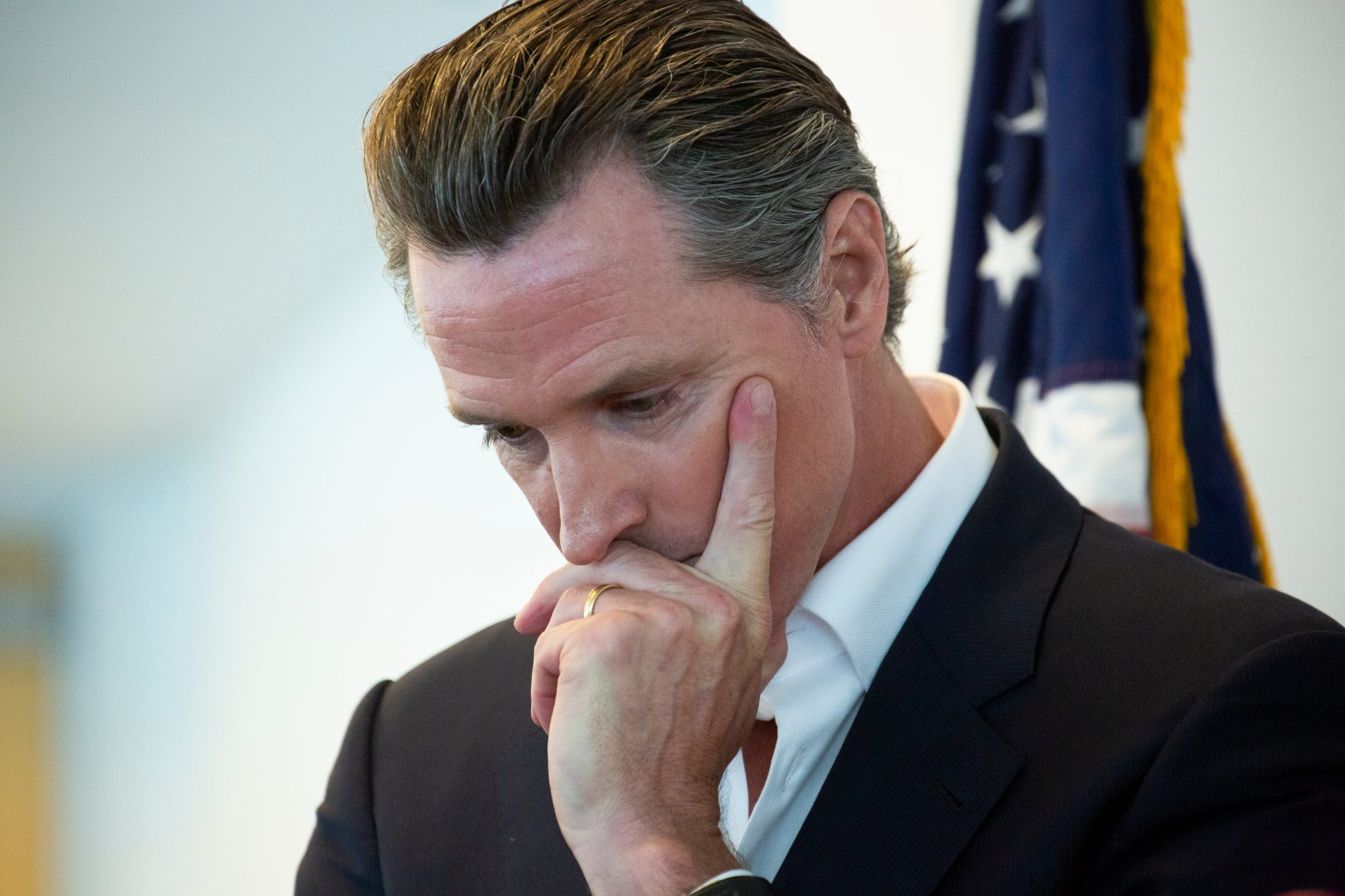 Of all the quotable lines in George Orwell’s Animal Farm, few resonate as much as this one: “All animals are equal, but some animals are more equal than others.” That was, of course, the proclamation of the pigs who controlled the government, lest any of the lesser species harbor grandiose notions about their place in the barnyard’s pecking order.

That quotation has been referred to often in recent days after Gov. Gavin Newsom — fresh off of issuing a new set of edicts admonishing Californians to dine alone at home and curtail their Thanksgiving celebrations — was caught dining with his wife and 10 other friends at a birthday party for a prominent lobbyist at the French Laundry in Yountville.

No one is surprised that governors live comfortable lives, but it’s a bit rich when they are immune from the rules that they wantonly impose on the rest of us.

It’s bad enough for the governor to seemingly violate his own edicts, but to do so in Napa Valley, at one of the nation’s toniest restaurants, certainly gave off the wrong vibe. The governor claims that his attendance at the event wasn’t actually a violation of state coronavirus restrictions because they dined outdoors, but he did eventually issue an apology.

“I made a bad mistake. Instead of sitting down, I should have stood up and walked back, got in my car and drove back to my house,” Newsom said in a video statement. “The spirit of what I’m preaching all the time was contradicted, and I got to own that. And so I want to apologize to you…. We’re all human, we all fall short sometimes.”

That’s fair enough, but this wasn’t the only example of a governor who lives by a different set of rules. Sacramento’s public schools have yet to reopen as they await the final phase-in rules, but Newsom’s four children are back in classrooms at the high-end private school where he sends them. No one is surprised that governors live comfortable lives, but it’s a bit rich when they are immune from the rules that they wantonly impose on the rest of us.

It’s not just the governor, either. “Legislators from California and other states are gathering for an annual conference in Maui this week despite a spike in COVID-19 cases in the Golden State that resulted in travel warnings by health officials,” the Los Angeles Times reported. They are attending an annual conference sponsored by a nonprofit group that often pays legislators’ expenses.

Only one lawmaker has thus far admitted attending the conference this year. But as Politico reporter Jeremy White noted on Twitter: “[W]hy not just admit if you’re in Hawaii? We will find out sooner or later. If you want to keep it secret, don’t go!” Exactly. There’s nothing wrong with attending — but the timing is bad, and why not just admit it?

I find it odd that the legislators and Newsom are so tone-deaf that they couldn’t see the criticism coming, or understand why average Californians would be upset at the fracas — especially as officials call for tougher enforcement of the state’s travel and social-distancing rules. Even California’s mostly liberal commentators have been aghast.

“We certainly hope Gov. Gavin Newsom and his wife, Jennifer Siebel Newsom, enjoyed their dinner at the Michelin-starred restaurant on Nov. 6,” the Sacramento Bee Editorial Board recently opined. “Nothing will launder the stain of stupidity from his reputation after this ill-conceived outing.”

Fortunately, a Sutter County court, ruling in a case brought by Republican Assembly members James Gallagher and Kevin Kiley, has reined in some of the governor’s edict-issuing powers. The specific issue involved Newsom’s March 4 executive order mandating that the state send all registered voters a mail-in ballot. Gallagher and Kiley had no problem with expanded absentee balloting — but argued correctly that only the Legislature has that power.

The Legislature did follow up with a law that did as much, which only reinforces how unnecessary it was for the governor to impose this reform by edict. Newsom’s legal team argued that the Legislature’s action made the case moot, but Judge Sarah Heckman ruled that the matter had great relevance given the far-reaching executive orders the governor had been signing. In other words, the case was about unchecked executive action, not one order per se.

The judge found that the California Emergency Services Act (CESA) gives governors expanded powers — but they are not limitless. Any governor can make and amend regulations during an emergency, but cannot create new laws or unilaterally rewrite existing ones. The judge had issued a preliminary decision but followed up with a final nine-page ruling.

“Not only is this an active and ongoing controversy between the parties, but it is a critically important one for the Judicial Branch to resolve,” the judge ruled. “The state of emergency brought about by the COVID-19 pandemic … continues in effect, indefinitely, and the governor continues to have authority to act under the CESA.” The governor “has issued more than 50 different executive orders changing numerous California statutes since the state of emergency was declared.”

In fact, Assembly member Kiley has published a 123-page list of the governor’s far-reaching executive actions since that March 4 executive order — thus highlighting the degree to which the state has moved from the rule of law to rule by one man. Higher courts will no doubt address the matter, but at least for now our wannabe king has had some of his powers reined in.

Only the courts can restore some balance. But who knows what it will take to remind the governor and the state’s lawmakers that, perhaps, they ought not attend fancy dinners and Hawaiian junkets at the same time that they are hectoring us to shelter in place?