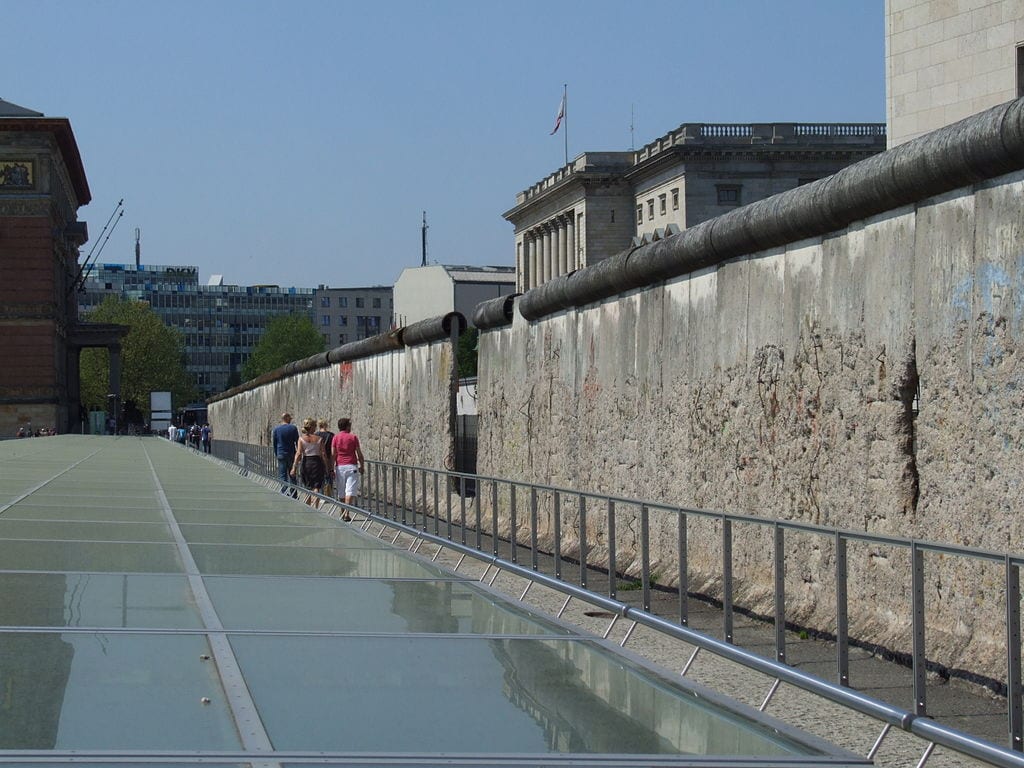 The benefits of building a wall on our southern border are so obvious and abundant that, in a sane political environment, there would be no debate about whether it should be done. Indeed, until Donald Trump made “the wall” a central component of his presidential platform, proposals for such an obstacle weren’t even controversial. As the President and others have pointed out, most Democrats supported the idea and have voted for legislation that included funding for the construction of some sort of physical barrier. Their policy pirouette on this common sense measure has thus led to some truly comical claims.

Most of the arguments against the wall are variations of the perennial claim that Democrats and their “progressive” supporters make against any proposal of which they don’t approve — it won’t work. Just as they claim that the free market somehow doesn’t work in health care (thus the urgent need for a centrally controlled, government-run medical system), they insist that a wall on the southern border will produce none of the outcomes promised by Trump. By far the most hilarious contribution to this genre was made by rapper Talib Kweli Greene, who took to Twitter and offered wall supporters the following history lesson:

So, you’re unaware of the fact that nazi Germany had a wall called the Berlin Wall that was torn down in 1991 in order to foster humanity and diversity? Walls didn’t work for Nazis so why build them here? Build bridges not walls Nazi lover.

After excavating himself from the mountain of ridicule beneath which he was inevitably buried pursuant to this exercise in smug ignorance, Greene took down the Tweet. Fortunately, the Western Journal published a screen capture so posterity will not find itself bereft of this valuable source of mirth. But Greene is by no means the only advocate of the Berlin Wall analogy. Last June, the Los Angeles Times published a column by Carolina Miranda titled, “What the dismantling of the Berlin Wall can teach us as Trump tries to build his wall.” The obvious answer is “absolutely nothing,” yet she conjured a comparison:

This year, Feb. 5 marked the day that the wall had been gone as long as it had been up — 10,316 days … the deconstruction of the Berlin Wall and its attendant Cold War legacies highlights the construction of walls elsewhere — such as the “big, fat, beautiful wall” President Trump wants for the US-Mexico border.

Miranda isn’t quite illiterate enough to claim the Nazis built the Berlin Wall, but her analogy is just as absurd. That wall was built to keep people trapped in East Germany. It was erected by the leaders of that communist hellhole to halt the flow of its best educated and most productive citizens to the free market economy of democratically governed West Germany. The “big, fat, beautiful wall” the President wants to build along the southern border of the United States will be designed to stop uneducated and unskilled immigrants — many of whom are also infected with communicable diseases — from entering our country illegally.

Other dumb analogies compare the border wall to various ancient barriers like Hadrian’s Wall. CNN published a particularly moronic piece on this subject. “The wall was finished in 128 AD, and 10 years later, Hadrian died.… Soon after the Roman’s power in the region started to decline, and in 410 AD the Roman rule ended.” As it happens, Hadrian’s Wall was built for military purposes, and served its purpose (slowing down sporadic incursions by the Picts) well. Moreover, Roman withdrawal from Britain had nothing to do with the wall or “declining power in the region.” They left to fight the Germans who were invading Italy.

A slightly less stupid, but equally ineffective argument to which the anti-wall crowd has inevitably reverted involves the claim that a physical barrier will damage the environment and doom certain flora and fauna to extinction. A gaggle of environmentalist zealots sued the government based on the claim that the Illegal Immigration Reform and Immigrant Responsibility Act, signed into law in 1996 by Bill Clinton to strengthen the nation’s immigration statutes, somehow violates the separation of powers established by the Constitution. If this seems a little thin to you, you are not alone. The Hill notes:

The Supreme Court on Monday refused to hear an appeal from conservation and animal protection groups challenging the Trump administration’s power to bypass state and local environmental laws in building a border wall.… The justices did not provide any explanation for why they refused to hear the appeal.

Presumably, the justices didn’t want to dress down the plaintiffs for bugging them with frivolous litigation. But flippancy is a central feature of the anti-wall movement. This is obvious in the treatment the wall has received in the “news” media. The Washington Post, for example, ran a piece last January on what the wall would cost if one built it out of dollar bills. Meanwhile, Senate Democrats have made the absurd claim that it will cost $70 billion. If Trump’s puerile critics were serious people, they would produce a legitimate estimate and compare it to what illegal immigration is costing the taxpayer. Watchdog.org reports:

According to the most recent analysis by the Federation for American Immigration Reform (FAIR), one illegal immigrant living in America today costs U.S. citizen taxpayers about $8,075. In total, illegal aliens cost American taxpayers $116 billion annually.

Predictably, the Democrats and the media dispute this, although they rarely produce credible alternate figures. But for those who prefer a more conservative number, the Heritage Foundation looked at this five years ago and came up with the following estimate:

These households impose a net fiscal burden (benefits received minus taxes paid) of around $54.5 billion per year. The fiscal cost of unlawful and low-skill immigrants will be increased in the future by government policies that increase the number of low-skill immigrants.

In other words, even using conservative estimates compiled five years ago, the funding Trump is asking for in the current budget is about 10 percent of the annual cost taxpayers incur to provide services to illegal immigrants. One hardly needs to consult a sophisticated financial analyst to see that the return on investment for the wall is huge even if the wall merely stops half of what the Democrats and the media refer to as undocumented citizens from crossing the border. But Schumer, Pelosi, et al. prefer a government “shut down” to what is obviously a good deal. If they weren’t crooks and demagogues, they would cough up the $5.7 billion.

So, Trump’s proposed border wall isn’t remotely analogous to anything done by the Nazis. And only someone illiterate concerning history would compare it to the Berlin Wall or Hadrian’s Wall. Likewise, it is impossible to make a legitimate environmental case against it, and anyone familiar with arithmetic can see that the cost of the wall will be dwarfed by the amount it will save the taxpayers. Nonetheless, these are just a few of the many absurd arguments made by the Democrats and the media against the wall. The true reason for their opposition is obvious, however. They need fraudulent votes from illegals to save their party.