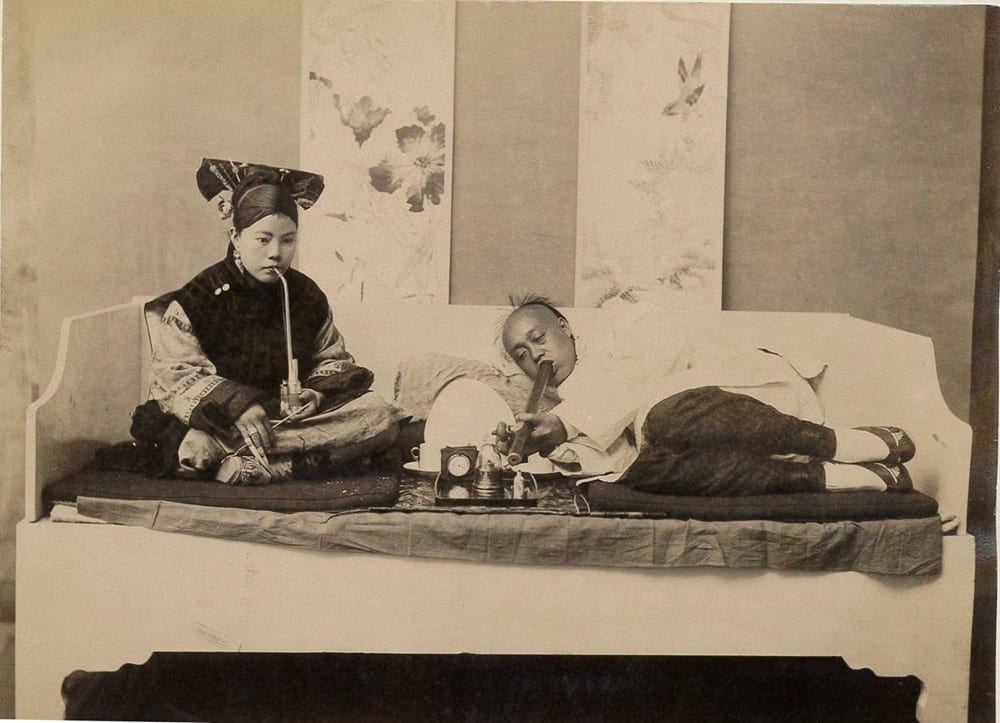 It’s been said that those who do not study history are doomed to repeat it. We might want to add to that cliché that sometimes, when it repeats, shoes can be on other feet and tables can be turned. In the midst of the U.S. trade talks with China, an ironic and tragic historical drama is replaying before our eyes.

U.S. Customs and Border Protection agents recently seized the largest amount of fentanyl in history. The confiscation was enough for around 100 million Americans to overdose with and die. Let that sink in.

Two facts give this situation historic irony. Fentanyl is an opiate, and we have reason to believe that most of it comes from China. In the 19th century, England fought a series of wars with China to force Chinese ports to accept the opium trade. American merchants took advantage of the British victory and the Chinese addicts by engaging in the opium trade as well. Franklin Delano Roosevelt’s grandfather amassed his wealth from the trade. Although some American missionaries at first tried to curb the trade, America’s part in this story is our shame.

Of relevance to the present trade talks between our two countries is the moral lesson the Opium Wars offer. China today has the opportunity to do what we failed to do 200 years ago — stem the flow of opium flooding our borders and drowning the hopes of millions of Americans. Further, in 1839 one of China’s own, an imperial officer named Lin Zexu, made a moral argument against the opium trade in a letter to Queen Victoria, and the nobility of Lin’s moral argument is just as compelling today as it should have been in the 19th century.

The queen probably never saw Lin’s letter, and president Xi Jinping will likely not read this article. Nevertheless, I quote a few passages here from Lin’s letter because the beauty and humanity of his argument is persuasive that moral concerns in trade deals are just as important to the self-interest of one nation as to another. The punishment Lin endorsed for using opium — the death penalty — seems draconian to us today, but he would find our relative laxity toward the sky-rocketing increase of abuse of fentanyl just as cruel.

In order to make the irony explicit, I take the liberty to swap the names of China and foreigner in Lin’s letter so that the appeal seems now to be to China — not from China — and for the sake of America.

“The wealth of America is used to profit the Chinese. That is to say, the great profit made by China is all taken from the rightful share of America. By what right do they then in return use the poisonous drug to injure the American people? Even though the Chinese may not necessarily intend to do us harm, yet in coveting profit to an extreme, they have no regard for injuring others. Let us ask, where is your conscience?”

Inordinate desire for profit distorts one’s perception of what is really in one’s interest. As C. S. Lewis said about a character in one of his books, “Sleeping on a dragon’s hoard with greedy, dragonish thoughts in his heart, he had become a dragon himself.”

“I have heard that the smoking of opium is very strictly forbidden by your country; that is because the harm caused by opium is clearly understood. Since it is not permitted to do harm to your own country, then even less should you let it be passed on to the harm of other countries.”

Fentanyl has been a controlled substance in China for years. Here is an acknowledgment of a basic standard of right — what our founders knew as “the Laws of Nature and of Nature’s God” — that all countries have a right to exist in a separate and equal station. Thus, every country has a minimal duty to refrain from doing harm to any other country unnecessarily.

“Suppose there were people from another country who carried opium for sale to China and seduced your people into buying and smoking it; certainly your honorable ruler would deeply hate it and be bitterly aroused.”

This hypothetical situation in Lin’s day is a historical reality in ours. China may either follow the path of revenge, despising the great things our countries have done together in the last century, or it may follow the path of what was in its own interest two centuries ago.

“Naturally you would not wish to give unto others what you yourself do not want.”

Lin was trained in Confucian philosophy. Confucius, through the use of reason alone, arrived at this, the negative version of the Golden Rule, as a maxim for life.

President Trump is right to make frequent mention of what he calls the “tragedy” of the “fentanyl epidemic.” Let us hope that as trade talks with China continue, president Xi and his ministers remember the plea that China once made with a western trading power to recognize its interest in recognizing its obligation.

Clifford Humphrey is originally from Warm Springs, Georgia. Currently, he is a doctoral candidate in politics at Hillsdale College in Michigan. Follow him on Twitter @cphumphrey.