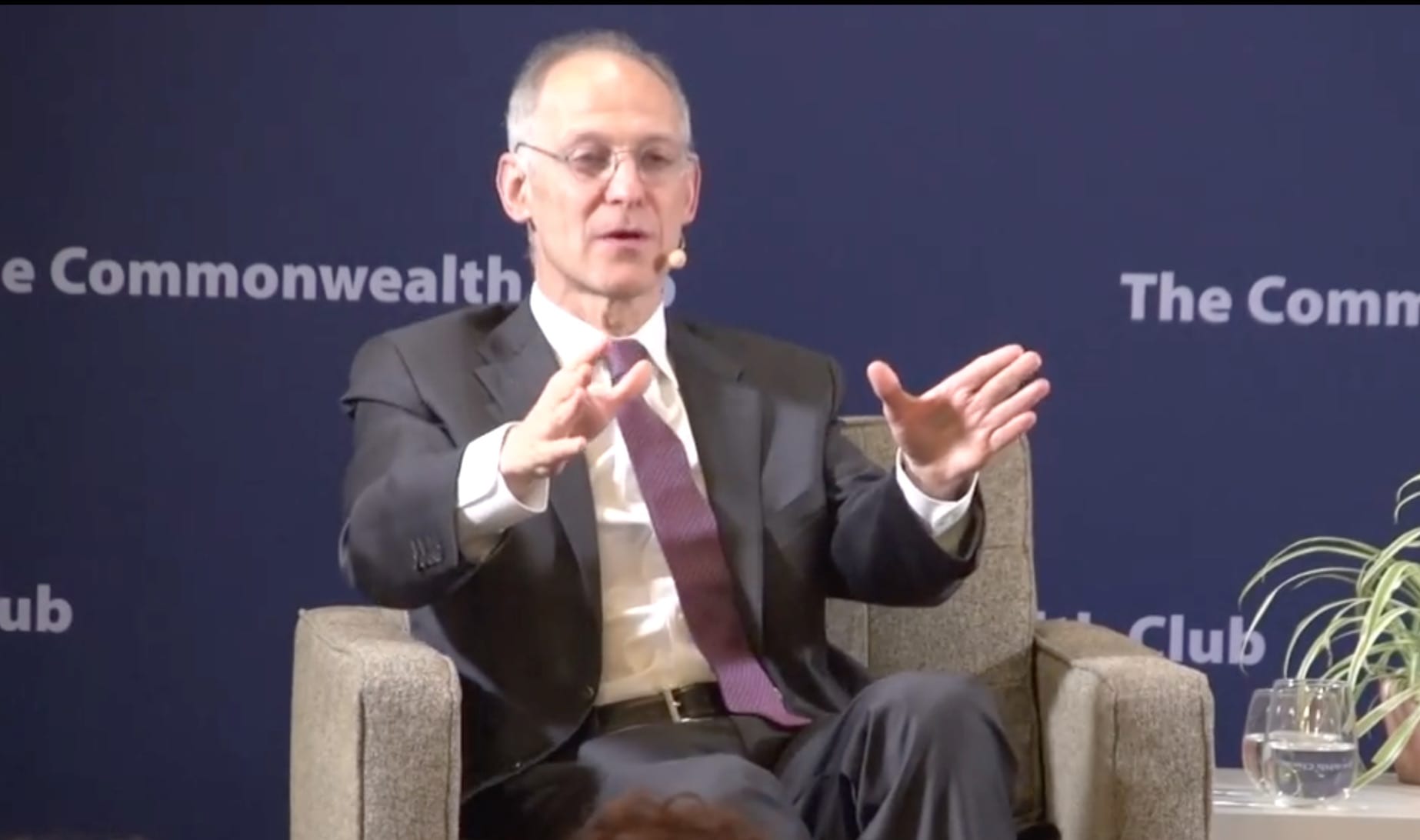 If you had seen a doctor who misdiagnosed your illness, prescribed a remedy that made it worse, and subsequently falsified the record, would you return to him for medical advice? The legacy media have done precisely that in the case of Ezekiel Emanuel. Dr. Emanuel is best known as an advocate of health care rationing and a key architect of the “Affordable Care Act.” In other words, he believes the malady troubling American medicine is that we provide too much of it. The treatment he prescribed — Obamacare — was a disaster and he consistently overstates the efficacy of that cure in writing and on television.

Despite these failures, Emanuel has no difficulty finding media outlets willing to give him space to promote his quack nostrums. The latest example is the New York Times, which published an op-ed in which he suggests that hospitals are obsolete. He bases this bizarre claim on statistical sleight of hand, liberal use of non sequiturs, and a tendentious portrait of the modern hospital that implies it is a quaint 19th century antique. In reality, the good doctor is making a thinly veiled pitch for health care rationing, wherein millions of inpatient medical procedures can be done better by home health nurses and outpatient medical clinics.

The number of hospitals is also declining because more complex care can safely and effectively be provided elsewhere, and that’s good news.… Studies have shown that patients with heart failure, pneumonia and some serious infections can be given intravenous antibiotics and other hospital-level treatments at home by visiting nurses. These “hospital at home” programs usually lead to more rapid recoveries, at a lower cost.

Take note of the emphasis Emanuel places on cost. His brand of health care rationing is about saving the government money rather than treating patients. Thus, he advises his readers that much of the care they receive in hospitals can be safely delivered in outpatient “imaging facilities, surgical centers, urgent-care centers and ‘doc in the box’ clinics.” Oddly, he fails to mention how many patients are rushed from such facilities to hospitals because emergencies arise for which they possess neither the proper equipment nor qualified staff to handle unexpected adverse events. USA Today reports the following hair-raising data:

Medicare advised the [outpatient] centers to transfer patients to hospitals when emergencies arise. Only a third of surgery centers participate in a voluntary effort to report how often that happens. They sent at least 7,000 patients to the hospital in the year that ended in September 2017, a KHN analysis of surgery center industry data shows. Not all survive the trip.

This problem is endemic to the outpatient medical centers that Emanuel touts as viable alternatives for hospitals. Yet he gleefully predicts that “many of today’s hospitals will downsize, merge or close” because of such outpatient facilities. Here again, the good doctor fails to mention an important datum: Many of these centers are owned by the very physicians who refer patients for surgery and other procedures. And more than a few refer patients with “gold-plated” insurance to their own outpatient centers while relegating patients covered by Medicare and Medicaid, which pay poorly, to hospitals.

This allows outpatient medical centers to cherry pick the most lucrative cases and the best paying patients, while hospitals are required by federal law to treat their rejects regardless of ability to pay. In other words, the hospitals that Emanuel says are going out of business because they are “obsolete” are actually in financial trouble because the federal government has put them at a competitive disadvantage by imposing price controls and immuring them in regulatory straightjackets. But when the good doctor’s beloved outpatient medical centers get in over their heads, they call on these hospitals to save their hapless patients.

Yet Dr. Emanuel writes, “Hospitals are disappearing.… That is inevitable and good.” And, completely ignoring the peril presented to patients by his preferred alternative, he relegates an industry that provides inpatient healthcare to 35 million annually to the level of the Trial Lawyers Association: “Special interests in the hospital business aren’t going to like this. They will lobby for higher hospital payments from the government and insurers.” Is it greedy of hospitals to ask for more money from our Beltway masters for Medicare and Medicaid? The American Hospital Association provides the following payment data:

In the aggregate, both Medicare and Medicaid payments fell below costs in 2016:

For Medicare, hospitals received payment of only 87 cents for every dollar spent by hospitals caring for Medicare patients in 2016.

For Medicaid, hospitals received payment of only 88 cents for every dollar spent by hospitals caring for Medicaid patients in 2016.

One of the primary reasons these payments are so far below the actual cost of treating Medicare and Medicaid patients is Obamacare, the “reform” law that Dr. Emanuel played such an important part in formulating. In order to fund the risibly titled “Affordable Care Act,” former President Obama and the Democrat-controlled Congress brazenly stole more than $700 billion from the Medicare program, a program already heading at warp speed toward bankruptcy. As the Daily Signal pointed out at the time, the CBO totaled up the loss to Medicare six years ago, and noted that it included a $260 billion cut for hospitals.

In total, Obamacare raids Medicare by $716 billion from 2013 to 2022. Despite Medicare facing a 75-year unfunded obligation of $37 trillion, Obamacare uses the savings from the cuts to pay for other provisions in Obamacare, not to help shore up Medicare’s finances.

It’s obvious that U.S. hospitals are disappearing not because they are the medical equivalent of the horse and buggy, but because Dr. Emanuel and his Beltway accomplices carpet bombed them in order to create Obamacare. But the good doctor says “we should welcome the advances that are making hospitals less important. Any change in the health care system that saves money and makes patients healthier deserves to be celebrated.” He knows perfectly well that the “advances” are illusory and that they don’t “make patients healthier.” But it will save money by rationing care. And that is what Dr. Zeke is and always has been about.